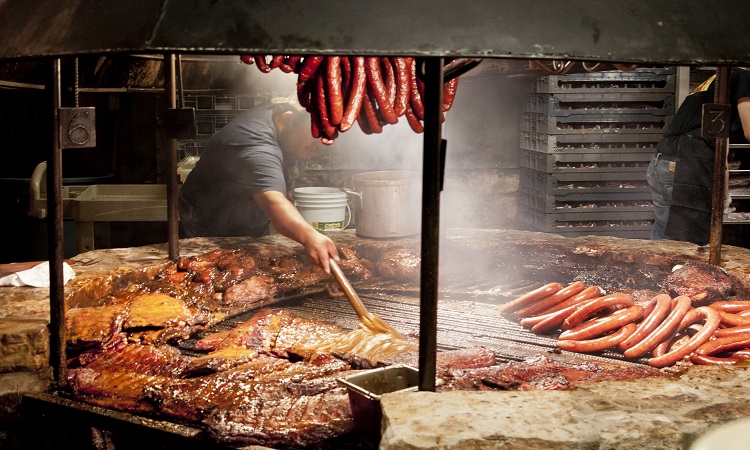 A lot of people have been hopping into our Discord to ask for tweaks on BBQ strategy, my 2020 fantasy football auction values chart, their specific league settings, and Grrl Power movie rankings (I don’t really know why for that last one). Great, keep on doing that. From these discussions and over 50 mock auctions, I am now prepared to make BBQ fantasy football auction strategy even better. Let’s jump right in:

1. To walk away from an auction with a team made up of 100% players you love, every time.

In order to walk away with a team full of players you love, you have to first fall in love with some players. If you’re about to use this fantasy football auction values chart to tell you where players are ranked and how much to bid for them, you’re using it wrong and are going to end up with a weird team you sorta love, sorta hate. Use a Beersheet, instead, that’s what they are for.

The beauty of auction is that you can end up with a team with a couple of superstars you are over the moon about, starters you think are all solid, your favorite lottery tickets, and a deep bench. You just need a strategy that is reproducible across any auction, no matter how it goes. Which reminds me:

2. To be reproducible across any auction, no matter how it goes.

Auctions vary wildly. That’s why a lot of the key advice from pundits always starts with the word “can” and not the word “will.” “Nominating some of the higher-end players you want in your first few times around can really play into your favor.” “You can steal some solid values for $1 each because people are holding out for their own sleepers.” ” you could be drunk while calculating the dollar values” (Oh, I will be, I will.)

That’s my overall goal: To replace the “cans” with “wills.” Sure, nominating some of the higher-end players you want in your first few times around can really play into your favor, but nominating a high-ranking player you don’t want will suck a sizable chunk out of someone’s pot and fill up one of their roster spots. Plus, someone else might nominate the player you want and they might still go for a value, so you can often have your coke and mead it, too.

This is why there’s not much one can do by strictly following a fantasy football auction values chart, they’ll just end up with the players no one cared enough about to bid up.

3. To denounce the evils of truth and love.

Every auction I will walk away with two of those guys. Just like every BBQ I throw, I make sure to go to the high-end butcher and get 2 of the best meats they have.

This is where the $115 math at the end of A. can be a lot of fun. The other day I live-streamed an auction where I got Michael Thomas and Davante Adams for $105 total. That’s right: The top two WRs on most draft boards, this is why I love auction. Best of all, paying $105 for them meant I could throw $10 on my $35 RB. Austin Ekeler ended up coming to me for $40, so I not only ended up with an RB from my marry-me list, I still had $5 extra to spend on some other part.

Likewise, if you end up spending $130 on, say, CMC and Alvin Kamara then you’ll want to note that you have to find about $15 in your budget. Maybe you’ll downgrade that $35 WR to a $20 one, or spread out the cost through the rest of your team. Who cares how you do it: You have 2 amazing RBs and just need to stick to the strategy to round them out with some supporting stars you like.

So far you probably have 2 running backs. If not, see below. It’s time to build some depth and get your flex all squared away. There have to be a few players among Le’veon Bell, Leonard Fournette, Todd Gurley IIII, Chris Carson, Melvin Gordon, David Johnson, and Kareem Hunt whom you really like their upside/floor. If not, you are a faded husk of a person and fantasy football contains not the joy you so desperately crave.

Obviously, these guys don’t all robotically go for $25, usually one can be had for under $25 but the ones you like might all require you to extend to about $30. If so, you know you have to cut $5 or so from somewhere else on this list.

If you only have 1 RB before this step, it’s because both your superstars were wide receivers. No problem: Instead of spending $5-15 on your WR2 in step D, combine that money with the savings you no doubt incurred by buying two top tier WRs (if you spent more than 110 on these WRs, you spent too much, sorry). Then make sure you don’t get a top 5 TE in step F. Use all that savings to get a $25 RB and a $15-$20 RB. That way you end up with something like Chris Carson, Le’veon Bell, and Raheem Mostert, worst case scenario: The perfect compliment to two top 5 receivers.

I mock. Like all the time, I’m constantly mocking. I trip over stuff and fall down A LOT. In 49 of my 51 auctions this year, across multiple platforms with a wide range of human participants, at least one WR ranked 18th-30th fell to half their listed value or less. One of those two times it didn’t happen was the auction where I got Michael Thomas and Davante Adams so it didn’t even matter. Last season I lost count of my mocks but this phenomenon happened every single time (including my Big Money League, where I got Allen Robinson for $6).

People just don’t fall in love with the Tyler Boyds and DK Metcalfs and Stefon Diggs of the world. Well, that’s not true: I’m in love with all those guys. But it’s next to impossible that ALL of the WR2 candidates will have two people with both the resources and emotional investment required to bid them up. After all, who cares if someone got Allen Robinson for $6 during the draft? (Me, I care. I care so much about so much stuff it’s exhausting. Maybe this isn’t the place for that, though.)

Top 7 QBs: Jackson, Mahomes, Prescott, Murray, Wilson, Watson, Allen. You may be saying something like “well I don’t think Allen is going to do that well,” and that’s fine! It really is, the whole point of this strategy, and my auction values chart, is not to tell you whom to like or what to bid, it’s to give you the tools to fill your team with players you already like. That’s my top-7: The guys whom, when I get them, I know I won’t be looking to spend more than $1 for a backup QB. I usually don’t even bother with a backup, but the COVID pandemic has me making sure I shore up each position this year.

My high-upside guys: Ryan, Jones, Stafford, Mayfield. I can usually get 2 of them for $5, especially because if I’m even worried about getting them it means that 7 teams have already paid more than $10 for their QB so they should be unlikely to want to bid much on anyone else.

Just like with QB, while it’s great to get a positional edge, I could use the $20-$40 the top tier TEs usually go for to upgrade all my other starters and get better running back depth. I’d much rather have that than be one of the four owners who have a top TE/QB, a mediocre RB2/flex, and a bench full of low-upside guys.

G. Save at least $1.5x your number of bench slots (plus kicker and team defense slots)

If you have 6 bench spots plus a kicker and a defense, $12 should be the minimum to guarantee you end up with all guys from your list. Obviously, you want to heavily lean toward spending $1 on kicker and defense because they vary so wildly from year to year. But, I can go $3 for Justin Tucker so I don’t have to waste any time thinking about kickers during the regular season and still end up with a nice bench.

As always, you want a few boring high-floor players that can fill in for bye weeks and the rest of your bench should be high-upside lottery tickets.

That’s the refined BBQ strategy that has me ending up with teams of all players I really like, every time.

As long as you are starting 1 QB/2RB/2WR/1TE/1Flex with a $200 budget: You don’t! These auction values are just an estimating tool to help you plan out your future so you know how much to spend now on guys you like. So if my chart says 52 for Josh Jacobs and your 16-team league bids you up to 65 for him, you know that you can spend a max 65 for another player you love, and probably want to see if a guy you love is listed below $50 to bring you to that manageable $115 number. The only thing that matters is that you have mad love for Josh Jacobs.

You’ll probably tend to come up short in your bench or 2nd wide receiver if you are in a huge league, but those are the positions that can most easily be addressed with the waiver wire. Plus nobody goes, “wow you’re team is amazing, how’d you get Robert Woods AND three mediocre-but-startable bench running backs?!”

You can always jump into our discord and @ me, Drunk Nerds. We’ll figure out some twists on the strategy together. If that doesn’t appeal to you because you hate me and go out of your way at Thanksgiving to ask me when I’m going to get a full-time job, then it’s all a matter of shifting around budget estimates in a way you feel is pleasing. In the case of an extra WR, you might decide your $35 RB could be a $25 RB, freeing up $10 to get an extra WR2.

Just change your budget estimates for the remaining steps. You generally don’t want to bid more than the $35/$25/$10 etc. recommended fantasy football auction values for these steps before you’ve gotten your 2 superstars because those 2 dramatically shape how you adjust your team moving forward. But if someone falls for a deal, that’s money you can put into another step. Fournette falls to you for $22 early? $3 more to bid for whatever would make you happy.