As we gear up to the start of the NFL season, Football Absurdity is going to bring you a comprehensive breakdown of every notable player that will be available in fantasy football drafts. We only look at the past three seasons for a player. This is because anyone who is looking at data from 2016 to figure out what to do in 2020 had better be the former president of Brazil reliving that sweet Olympics mania (and not ten days after the Olympics mania, when she got impeached). Adam Thielen is the only elite receiver game in Minnesota, so what can we expect in 2020?

In honor of Adam Thielen, I wanted to do this write up referencing songs by the artist who did “Hooked on a Feeling,” the basis for my totally original fantasy football team name. However, even if I combined the works of the three most successful artists to record that song, I would still have to make wordplay around songs named Silly Milly,  You Gave Me Love (When Nobody Gave Me a Prayer), and I Don’t Want to Be Gay. So, instead, I cede my remaining time to whoever the heck is in charge of the Facebook page of ABBA. 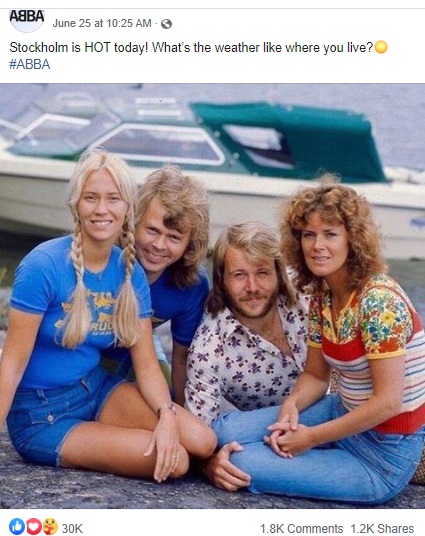 Alright, dancing queens, it’s time to talk about Adam “ABBA” Thielen. While he may not have what it takes to get the Vikings to the Super Trouper Bowl, he can get one of us to the fantasy title game. Former teammate Stefon “Ste-fonando” Diggs is now in Buffalo, so the name of the game for Thielen is targets, targets, targets.

For owners who spent the first two rounds going running back-running back, Adam Thielen is a wide receiver that should make them say Gimme Gimme Gimme (A Man after Midnight) where “midnight” is “the second round.” What he loses in not having Diggs draw coverage, he should be able to make up in volume or, as the Spanish call it, Chiquitata. Lay all your love on him, where “all” means a third-rounder or about $40 max.

Thielen does what he always does and gives you top-twelve performances week in and week out. You finish the season glad you took a chance on him.

I guess an injury, maybe? But that’s true for every player, so I’m going to go with “Kirk Cousins falls off a cliff, figuratively,” and you end up with a back-end WR2 which isn’t the end of the world. Errr, I mean, Kirk Cousins falls like Napoleon at Waterloo.