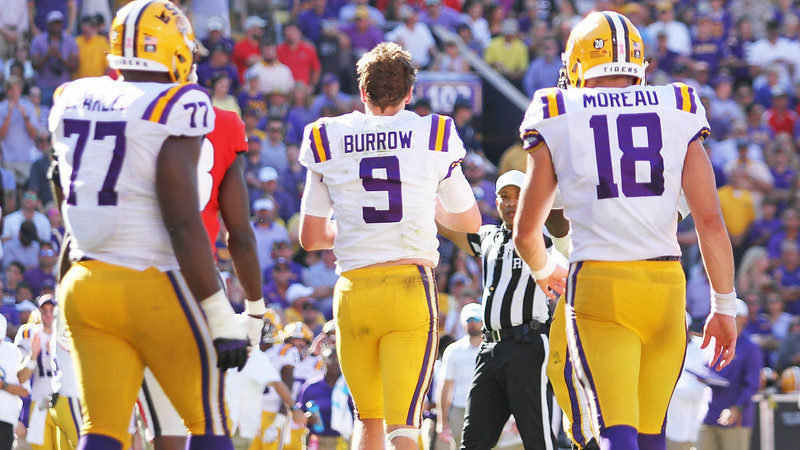 As we gear up to the start of the NFL season, Football Absurdity is going to bring you a comprehensive breakdown of every notable player that will be available in fantasy football drafts. We only look at the past three seasons for a player. The Cincinnati Bengals made Joe Burrow the first overall pick in the 2020 NFL Draft after Burrow had one of the best seasons in the history of the NCAA for LSU. Is he a worthwhile pick in your 1QB fantasy football leagues this season?

Joe Burrow is, as you know, a rookie, and has no NFL statistics. Because that’s how being a rookie works.

Joe Burrow, as we all know, is a rookie quarterback. That means we have no NFL track record for him at this point (duh). But, he was the first overall pick, and we do have a blueprint for rookie quarterback success.

Rushing yards tend to wallpaper over a lot of rookie quarterback struggles when looking at them as fantasy football assets. For example, Gardner Minshew’s scrambling ability last year helped cover-up for his passing game struggles as Minshew had at least 27 rushing yards in eight of his twelve starts last year.

Burrow has a lot of fantasy football upside. He has a good arm, he’s smart and accurate, and he’s more-than-willing to use his legs to gain yardage. There will be some growing pains, as he is a rookie quarterback, after all, but there is a lot to like there. Plus, he’s virtually free in one QB leagues. Ultimately, given Burrow’s talent level and the weapons around him (A.J. Green, Tyler Boyd, John Ross, and Joe Mixon), he should be able to turn in multiple valuable fantasy weeks. He could end the year as a fantasy football QB1 in Cincy and is well worth a pick in deeper leagues as your second QB. Ultimately, the league is super deep at QB right now, so getting him as your QB1 in anything under a sixteen-team league isn’t recommended.

Joe Burrow seamlessly integrates into Zac Taylor’s system. Because of this, he turns in one of the best fantasy football seasons ever from a rookie QB… and still barely finishes inside the top-five.

[Header Image Source: https://www.flickr.com/photos/tmabaker/45343556931 under CC BY SA 2.0]
[Statistics are sourced from pro-football-reference.com and airyards.com]