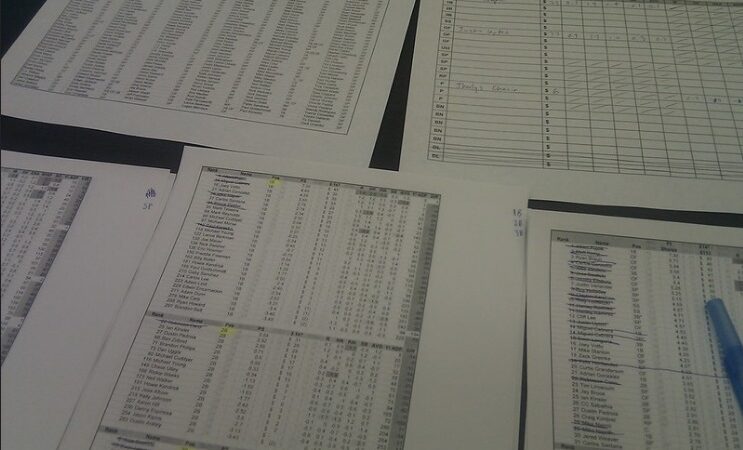 All across the United States, citizens took to the streets to celebrate the return of Mock auction drafts. Spontaneous dance parties broke out, and many were moved to tears. “I’m so relieved,” said Evan Hoovler, a local writer, “I thought this nightmare would never end!”

Others were more expressive about their jubilance. One man, who referred to himself only by the initials “E.H.” said, “this is the single greatest accomplishment in human history.  If we had auction drafts in 1969, we probably wouldn’t have bothered to go to the moon.” Another totally separate person said, “I’m texting my wife, Mrs. Hoovler, right now: This is better than the birth of our children!”

But the inventor of the popular Barbecue Auction Strategy wasn’t the only one weighing in. When asked if this was the greatest day in human history, Beersheets King Kevin emphatically said “Joy.” Area man Bryan S. answered the question “is this the best thing since the invention of the male prostate gland?” with a definitive, “Yes?”

Mock auction drafts are now firing (with rookies) in ESPN, Yahoo, and Sleeper.app.  Realtalk: Currently only ESPN is a viable option, since the other sites have not yet put a dollar value on rookies.

The news comes not without its own share of drawbacks, however: Medical centers are no longer receiving any people requesting vaccinations. Instead, everyone has decided that staying home and mock drafting is preferable to getting their first social contact in over a year. This reporter can’t blame them.

For more Football Absurdity, click on all these links impulsively before the ten second countdown expires!