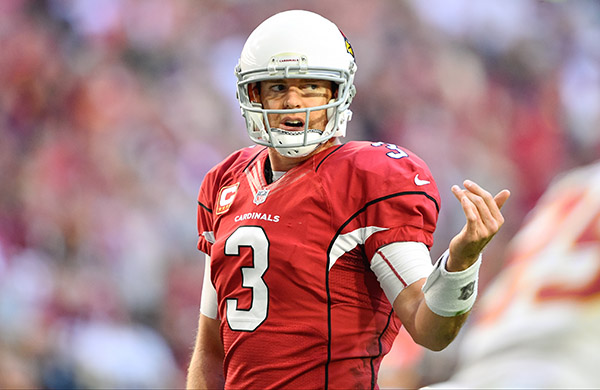 This week my co-worker, Jeff Krisko, suggested that starting Sam Bradford is the smart fantasy football play.  While he makes some interesting points on why this is a good decision, there are reasons to be concerned.

Before we anoint Sam Bradford as finally having arrived, there are a few things we might want to look at.  While it’s true that Minnesota’s offense has more toys to play with, the New Orleans defense seemed quite content to let Minnesota play any game they want.  Which readers might remember if they read my article last week on why Sam Bradford was the quarterback to start over Carson Palmer.

This won’t be the case with Pittsburgh.  Last season, Pittsburgh gave up the 5th fewest points to quarterbacks in standard leagues.  And while Pittsburgh gave up 222 yards passing, 1 touchdown and 1 interception, along with an additional rushing touchdown to DeShone Kizer, a little context is necessary.

Pittsburgh had 7 sacks and was very clearly keying in on stopping the run to make a rookie quarterback beat them.  Did I mention that they sacked Kizer 7 times?  Is DeShone Kizer can’t get away from TJ Watt, what makes you think Sam Bradford can?

So while I loved the idea of starting Sam Bradford in Week One, I am decidedly less enthusiastic about his prospects this week. If you are desperate for a streaming option at quarterback, look no further than Jeff Krisko’s Week One quarterback recommendation, Carson Palmer.

Last week, I recommended against Carson Palmer because I was concerned about how the offensive line of the Arizona Cardinals would hold up against the Detroit Lions.  This week, I am a lot less concerned about how the Indianapolis Colts defense will fare against the Cardinals, because the Indianapolis Colts defense only knows how to perform poorly.

Last week, without Andrew Luck, the Rams dominated time of possession and the Colts were unable to get off the field.  Moreover, the loss of David Johnson for Arizona means that Carson Palmer is going to have to do a lot of heavy lifting.  Palmer is ripe for a bounce back game this week.

So if you want to trust that Sam Bradford won’t break against a stifling Pittsburgh defense, then go ahead and start him.  But if you want a quarterback with a match up that made Jared Goff look like Aaron Rodgers, then Carson Palmer is the clear choice to start at quarterback.