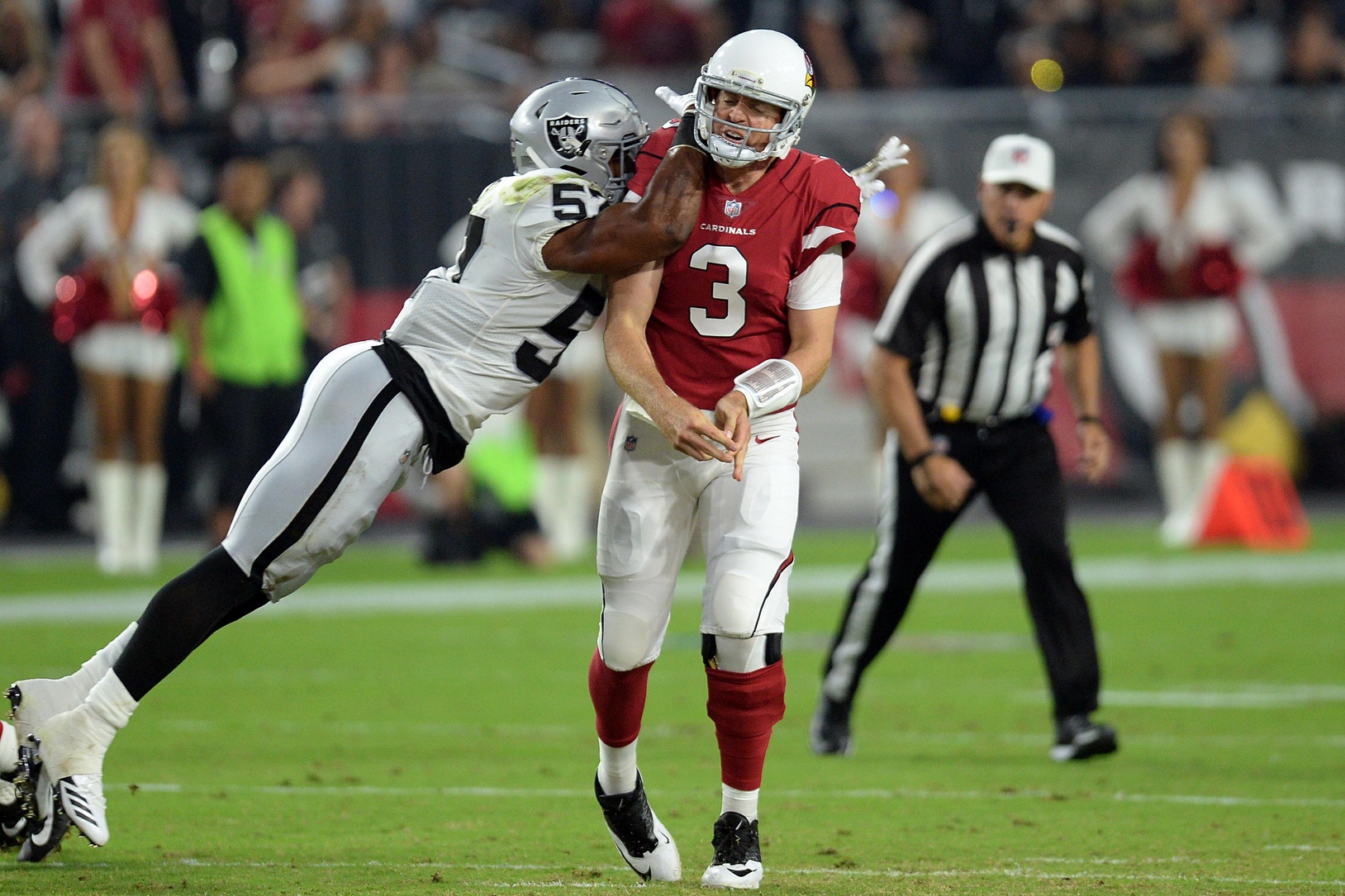 This week my co-worker, Jeff Krisko, suggested that starting Carson Palmer is the smart fantasy football play.  While he makes some interesting points on why this is a good decision, there are reasons to be concerned.

First off, Carson Palmer is old.  While some quarterbacks might age like a fine wine, once they start showing decline, they rarely bounce back from that.  And last year, Palmer didn’t so much decline as plummet into the abyss.

Moreover, the Cardinals offensive line allowed the 3rd most quarterback hits in the NFL last season, which might explain Palmer’s rapidly declining numbers and even more rapidly diminishing mobility.  What is even worse — the Cardinal’s have done nothing to fix this issue.

So if we take a 37 year old quarterback who makes the statue of David look like Michael Vick, and add an offensive line who treats their quarterback like he owes them money, and we get a quarterback that I am not comfortable starting in Week One.

If you are desperate at quarterback, look no further than Sam Bradford.  (Words I never thought I would say.)  The Minnesota Vikings are playing the New Orleans Saints at home.  Last year, the Saints gave up 18.3 points per game to quarterbacks in standard scoring leagues.  That’s the 6th most points given up to a quarterback.

They also have some interesting weapons. Dalvin Cook, their 2nd round draft choice, has the potential to be an all-purpose back, something they were sorely lacking last year.  Laquon Treadwell is their 1st round receiving prospect from a year ago and NFL players usually make their most significant leaps from year one to year two.  And that isn’t even including established players like Stefon Diggs and Kyle Rudolph, who is coming off the best season of his career.

If you want to take your chances with a geriatric quarterback who might end up dying by the hands of his offensive line like some depressing Greek tragedy, go ahead and start Carson Palmer.  But if you want a quarterback with exciting offensive weapons, who excels at home, and is playing one of last seasons worst defenses, then Sam Bradford is the clear choice to start at quarterback.

One Comment on “Absurdity Check: Should You Really Start Carson Palmer in Week One?”