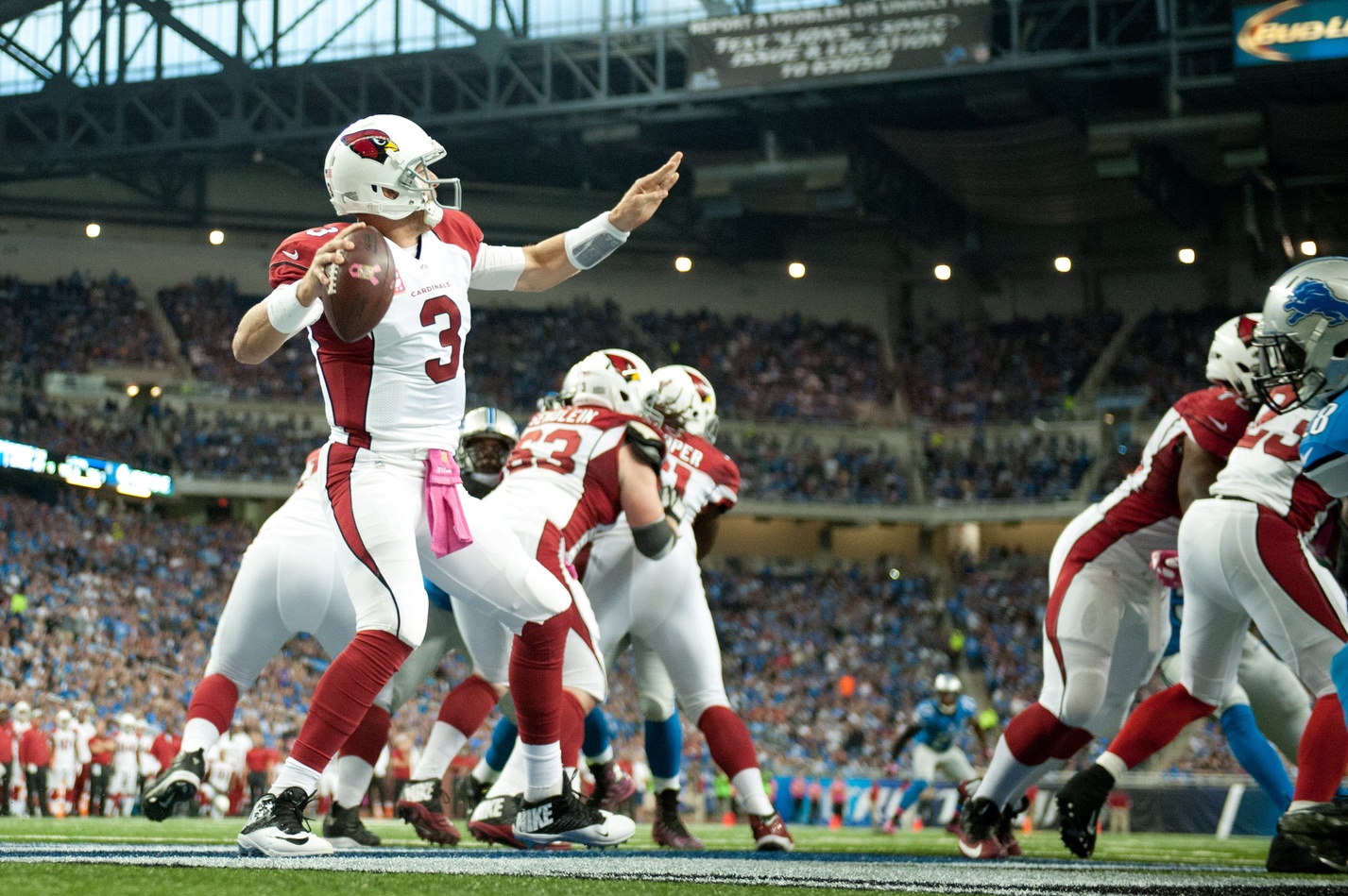 Last season saw the Arizona pass offense bottoming out pretty much as hard and fast as one could possibly expect. John Brown couldn’t stay healthy, Michael Floyd couldn’t stay sober and David Johnson couldn’t stay out of the end zone running the ball. Going into 2017, the Cardinals passing offense should be much improved, with the return of Jaron Brown and an increased role for J.J. Nelson, and Carson Palmer should be the main beneficiary. We can’t forget that Palmer is 37 and last we saw him he was disappointing us greatly, but the Lions will be just the matchup to give him a top-ten week at a top-twenty price.

While Palmer was extremely disappointing last season, a lot of that had to do with lack of weaponry around him. Palmer is extremely dependent on being able to find the best player around him to get the ball, letting them do the hard work. While more often than not, that best player is either phenom RB David Johnson or future Hall of Famer Larry Fitzgerald, a complete lack of John Brown tends to give Palmer fits. Since Joining the Cardinals, Palmer has played 34 games with Brown and 16 without him, and in that sample, Palmer averages over four fantasy points per game more with Brown. His 18.61 fantasy points take him from being just about fifteenth on average to well within the top-ten at the position at 22.84 fantasy points. That was even more pronounced last season, as Palmer averaged just over 13.1 FPPG without Brown and 22 with him. Luckily for Carson Palmer, John Brown is a healthy young man for the moment and ready to roll.

Palmer and crew travel to Detroit to take on the Lions who stunk out loud at stopping the quarterback last season and are unlikely to change that anytime soon. Their first team defense was carved up in the preseason because they got carved up all last year and didn’t do a ton to address it in the offseason. Palmer takes on a team built for shootouts and is ready to try to outshoot them. He won’t be an amazing play all year, but I like him this week over Big Ben, at least. The Lions do very little to stop the quarterback, yielding the fifth-most points to the position last season. Palmer should get you 20-25 points this week, depending on if Bruce Arians decides to get David Johnson two rushing or two receiving touchdowns. He’s essentially free and is a great bet to be a top-ten QB this week.