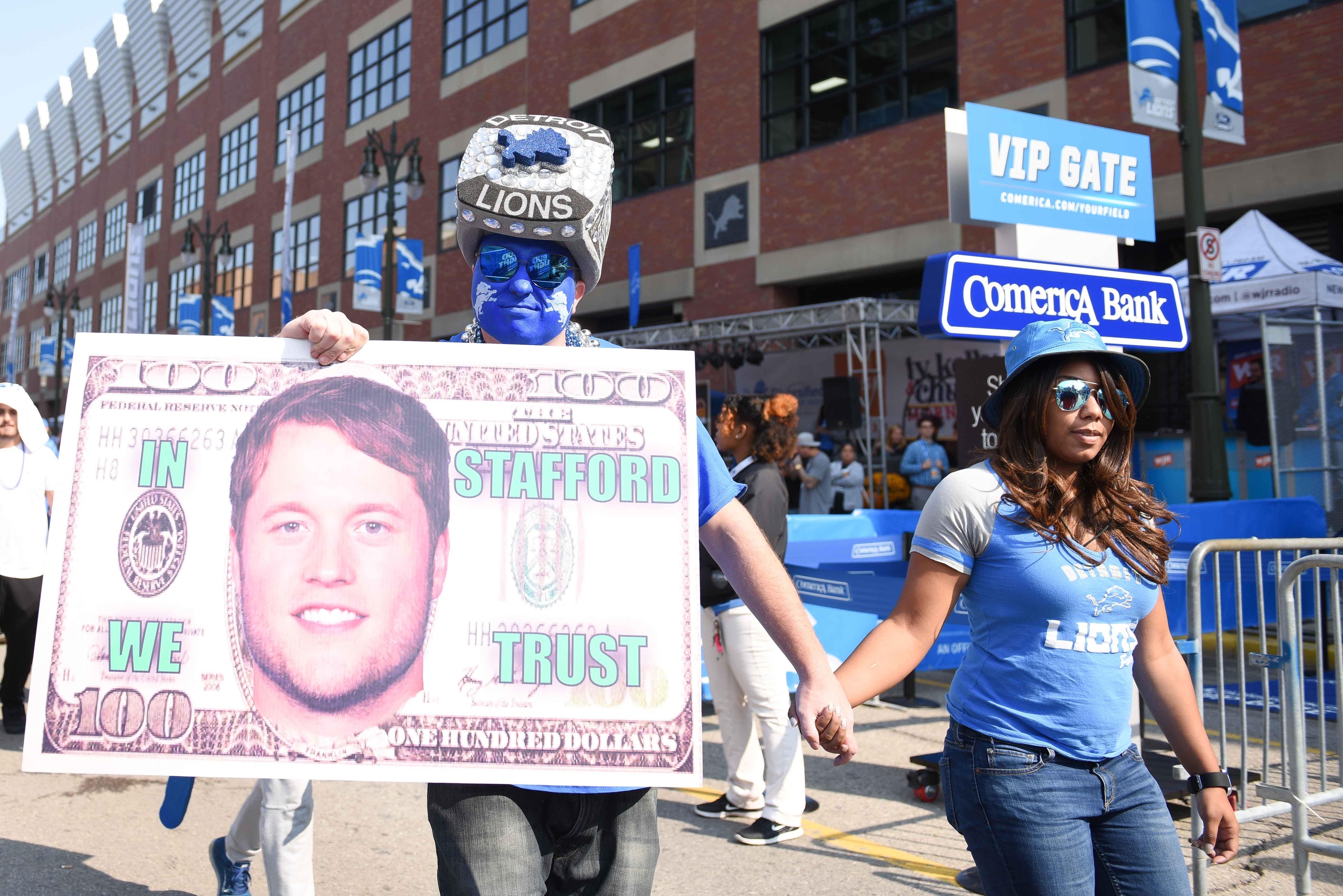 Matthew Stafford had an obscenely terrible week one matchup on paper, but unfortunately for the Arizona Cardinals, the game is not played on paper. After throwing a pick-six to start the game, Stafford picked apart the Cardinals defense for four touchdowns and caused frantic fantasy football owners to go screaming towards Kenny Golladay. Stafford, perennially one of the most under-drafted players in all of fantasy football, showed how high his highs can be. Unfortunately, his lows will be on full display when the Lions travel to New Jersey to take on one of the top-ranked defenses in the NFL.

There’s the classic Matthew Stafford stat that he is 0-1000 against teams with winning records… okay, slightly exaggerated, but his 5-46 record against winning teams shows two things. First, the Lions with Stafford have sucked… bad. Second, he could have significant trouble with plus defenses, as many of the best teams have. The second problem was on display in spades last season.

Stafford played somewhat consistently last season, as long as you could recognize the patterns to his ups-and-downs. Luckily, his downs weren’t that low (bottomed out at fifteen fantasy points), but his highs were only high under certain criteria. Last season Stafford played nine games against top-half pass defenses, and seven games against bottom-half pass defenses. The average score in four-point-per-TD leagues for the top half was 17.7, which was decent but unspectacular. His average score against bottom-half teams? 26.6 fantasy points per game. He had a near nine-point swing based on the opponent last season and unfortunately for him, he takes on the Giants this week.

While the Giants gave up the seventh-most fantasy points in week one, they are still one of the best defenses in the NFL, and definitely in the top half. That means that Stafford could have an issue with them this week. The big issue is the weakened Lions offensive line against the Giants’ pass rush. The Lions are without LT Taylor Decker and are starting mega-bust Greg Robinson in his stead. That’s bad. The Giants pass rush is as good as ever. That’s double bad. Ameer Abdullah won’t Zeke Elliott it up to keep the pass rush honest. That’s triple bad. Oh, and the season-worst fifteen points last season? That was against these Giants.

Stafford had a huge week one, a feat he is unlikely to reproduce in week two. If you had him as a plug-and-play backend value QB1, don’t worry about it. If you have other options or are considering picking him up off the wire in a shallower league, don’t. His matchup this week is extraordinary negative, and unless you want to shoot for banking fifteen or sixteen points, look elsewhere in week two.