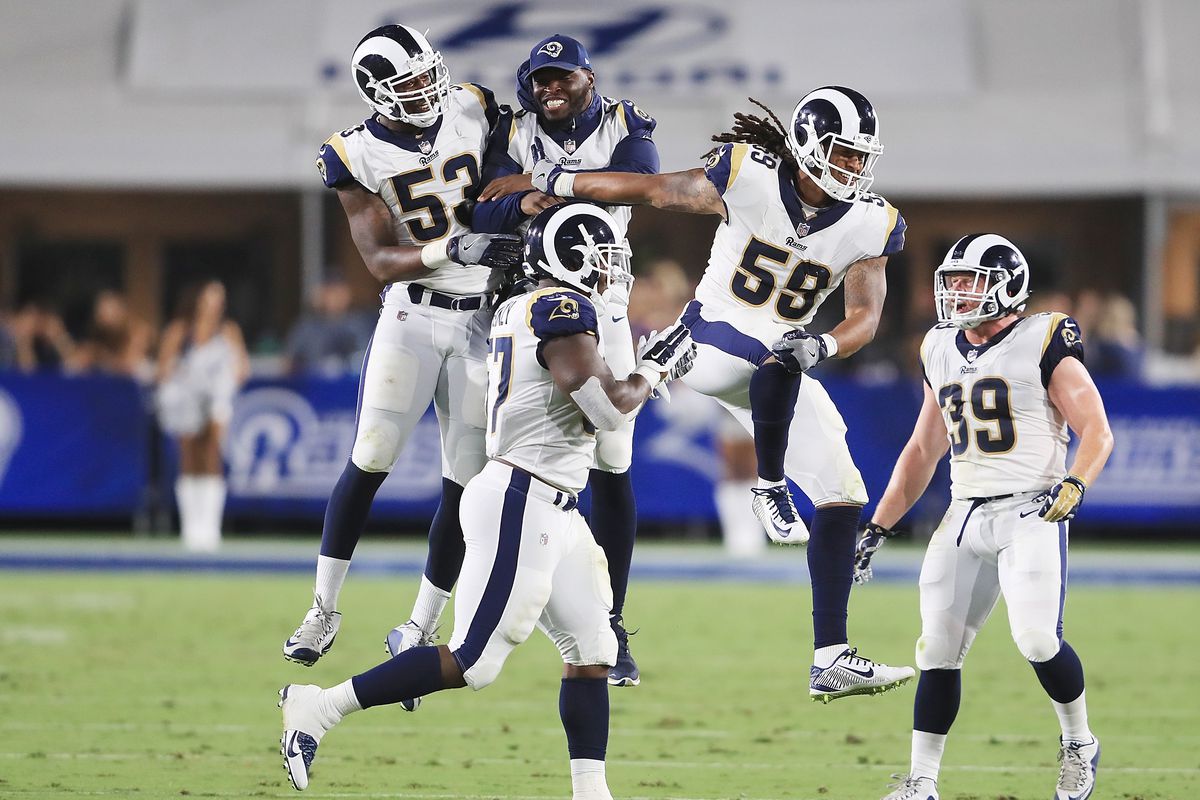 We are a quarter of the way through the 2017 NFL Season and nothing has gone as expected.  Just the way we like it.  The only thing predicable about the NFL is how unpredictable it is.  So let’s take a look at where it all went wrong for the teams with our NFC West review of the quarter point of the season.

Jared Goff and Todd Gurley have lead the Los Angeles Rams to a 3-1 record. The Los Angeles Rams are in first place in the NFC West.  Say it out loud. It doesn’t sound real.  It sounds like it’s from some dystopian futuristic world where was has ravaged society, mutant bands roam the apocalyptic wasteland and the Rams lead the NFC West.  It just seems like a poorly written story.  Nobody will believe it.

For the fifth year in a row, the Seattle Seahawks are playing Russian roulette with Russell Wilson.  Only each Seahawks offensive lineman is a bullet aimed right at Russell’s heart.  If I were a Seahawks fan, I might be worried about the long term health of my tiny quarterback.  But we’ve seen this before and they will probably make a mid-season run just in time to get knocked out of the playoffs because they can’t protect their quarterback.

I’m not going to lie to you.  Once David Johnson got hurt, I sort of stopped paying attention to the Arizona Cardinals.  Are they doing anything interesting? John Brown has sickle cell, which hurts his recovery time from injury.  Oh, that is a new and interesting excuse for your boring offense.  Remember two years ago when Larry Fitzgerald had that amazing playoff win against the Green Bay Packers?  That’s the last time anyone cared about the Arizona Cardinals.

I almost don’t have the heart to review the San Francisco 49ers.  I don’t think it is fair to 49ers fans to force them to relive the past four games.  Haven’t they had it bad enough?  So I’m just going to tell 49ers fans that things will get better instead of the truth.  I won’t tell them that the universe is a cold, unfeeling place that cares not for football teams, but somehow, inexplicably, cares even less for the 49ers.