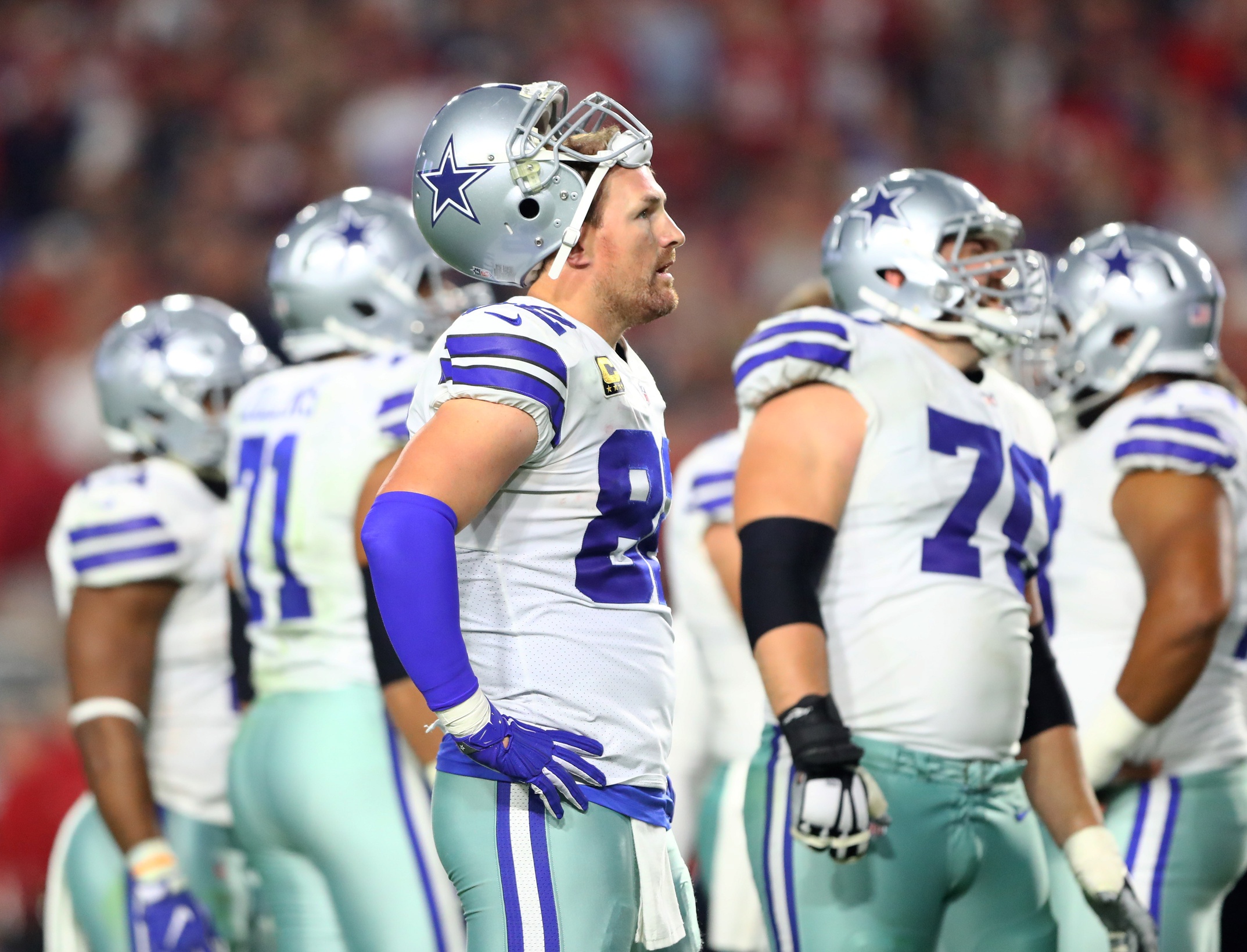 Originally, I was going to recommend sitting Jack Doyle this weekend in a bad fantasy football matchup against the 49ers. Instead, doctors recommend he sit inside a dark room for the week, as he’s out with a concussion. Instead, we turn our attention to a recommended start on most sites that I just don’t quite understand. Fantasy Pros has Jason Witten as the expert consensus #8 tight end in the week, and that doesn’t flesh with reality.

First, Jason Witten has fallen to the morass of touchdown-or-bust tight ends. He had his 97-yard game earlier this season, but that’s just his second game over 90 yards over the last four seasons. It’s worse than that; Witten topped 60 yards just once last season and never topped 75 yards in 2015. He doesn’t have the yardage of a nice tight end floor play. This season, it’s gotten even worse. While Witten has touchdowns in two games this year, he has six targets and two catches in the last two games. For twelve yards, which means if you tally up all his yardage for the last two games, you don’t even get to half court on an NBA court.

Witten proponents will point out two things about the matchup with the Packers. First is the likelihood of this being a shootout. Two bad defenses and two powerful offenses? I agree, massive shootout. What I disagree with is the assertion that Witten will be a huge part of that offensive output. In his last two games, where he couldn’t even get to half court, the Cowboys scored 59 points. This game can be a shootout without Witten’s presence, and it just might be. The second thing Witten’s defenders will tell you is to look at the Dallas-Green Bay game last postseason. The one the Cowboys lost with Witten getting 59 yards and a score. They won’t tell you to look at the game the Cowboys won against the Packers last year, where he was 4/42 and no scores.

Finally, the matchup is the last part that doesn’t quite add up. The Packers allow just the second-fewest fantasy points to tight ends this season. Sure, they’ve gone up against Tyler Kroft (who scored two touchdowns in the matchup after them) and Jimmy Graham (who they completely bottled up), but they’re a bad overall defense, right? Wrong. By Football Outsiders’ DVOA, they’re fifteenth on defense, literally the middle of the pack alongside the Chargers.

Jason Witten’s role in the offense is diminished, though he remains a touchdown threat. Still, he does not provide a safe yardage floor, given his inability to bust out for big games. There’s no shame in it, the guy is literally 1,000 years old. His salad days were against Saladin, so it makes sense he’s slowed down now. If you’re desperate, Witten isn’t the worst play, though I would take one of our streaming tight ends over him this week, especially Austin Seferian-Jenkins.

One Comment on “Fantasy Football: Start or Sit Jason Witten in Week Five?”