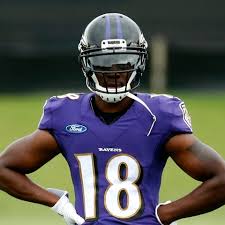 This week my co-worker, Jeff Krisko, suggested that starting Chris Hogan is about to ascend to saintly numbers.  While he makes some interesting points on why Chris Hogan is an intriguing play, you have to remember that pride cometh before the fall.  So look at this rebuttal of Chris Hogan’s sainthood and let me show you the true path to salvation.

In context of the NFL, death should translate to five years after a player career ends, either from age, CTE or kneeling.  Chris Hogan is still playing in the NFL, so he should not be eligible.

To say that joining the Patriots is the path to becoming a ‘Servant of God’ is like saying that joining a whorehouse will make you a virgin.  Chris Hogan forsook the path of righteousness when he took a bite of the apple that Bill Belichick offered.

Step Three: Show proof of a life of ‘heroic virtue’

The coward, Chris Hogan, has made a career of hiding on the sidelines while his betters toil on the field of battle.  If Chris Hogan were truly heroic, he would forsake his life of sin and flee from the nefarious whispers of the Dark Lord’s handmaiden.

The only miracle that Chris Hogan has achieved is not being summarily dismissed from the NFL with the rest of the Patriots for their numerous indiscretions.  To lie, cheat and steal is not a miracle, but the most grievous of sin.  It would be truly miraculous if Chris Hogan were to free himself from the insidious grip of the soiled hoodie.

While Chris Hogan might seem like the righteous path, do not allow yourself to be deceived.  Do not stray from the chosen path.  Instead, look towards the light of week two wide receiver, Jeremy Maclin.  A close examination of Jeremy Maclin will show you why he is the receiver truly destined for sainthood in week two.

Almost five years ago, Jeremy Maclin tore his ACL.  It could have been the end of his career, but through a struggle of righteous determination, he has made it onto a team that will not balk at fighting evil at every turn.

Step Three: Show proof of a life of ‘heroic virtue’

You need only look at this week’s upcoming game against the Cleveland Browns to see what miracles will come.  Last year, the Browns defense gave up the 10th most points to receivers and this year, they’ve started off giving up a similar number.

Sin is everywhere.  If you are comfortable with a victory tainted by evil, then go ahead and start Chris Hogan.  But if you forsake evil in all of its forms, and only start the most virtuous of fantasy football lineups, then let me tell you about the good word of Jeremy Maclin.