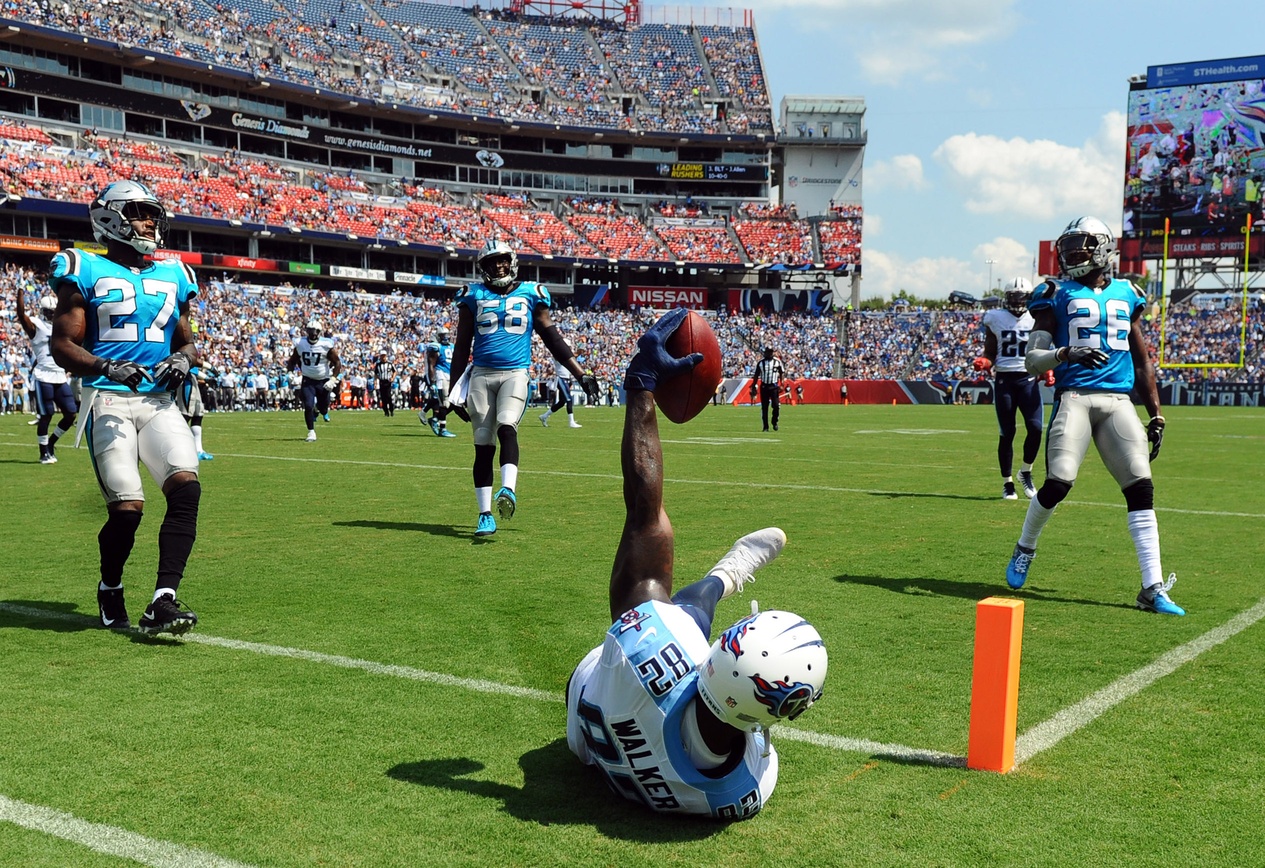 This week my co-worker, Jeff Krisko, suggested that starting Delanie Walker is the smart fantasy football play.  While he makes some interesting points on why this is a good decision, there are reasons to be concerned.

While Jeff is right about Oakland giving up a ton of points to tight ends last season, they also gave up 20.3 points per game to running backs and 22.8 points per game to wide receivers in standard scoring leagues.  The big takeaway is that Oakland just seems to give up a lot of points.

And I’m not sure that secondary is getting better for Oakland.  Sean Smith spent the 2016 football season getting burned by receivers and the offseason burning bridges with his family.

These types of offseason usually prove to be a distraction to football players and Sean Smith will need all the focus he can get, because Tennessee has revamped their receiving corp.  The additions of Eric Decker in free agency and the 5th overall pick, Corey Davis, in this years NFL draft bolsters this receiving corp tremendously.  Even more importantly, it diminishes the role of one Delanie Walker.  There are a lot of mouths to feed and no guarantees that Walker is gonna feast.

If you are finding yourself in need of a tight end to start, the less obvious choice would be Jesse James. (Queue the reader to Google who Jesse James is).  The Pittsburgh Steelers are playing the Cleveland Browns this week.  The same Cleveland Browns that gave up the most fantasy points to tight ends in standard scoring last year, allowing an astonishing 11.5 points per game.  That is almost a full point higher than the next worst team, proving once again that nobody does bad like the Cleveland Browns.

You could make the argument that with the addition of Gregg Williams as the new defensive coordinator of the Browns, that this number should improve, but your argument would be bad and dumb.  The only thing Gregg Williams defenses have shown over the years is that they would much rather give up yards, so long as they have the opportunity to take a cheap shot at a defenseless player.

There are a lot of people who will bring up the striking contrast of Ben Roethlisberger’s home/road splits. What’s even more impressive is the idea that people should be worried about starting fantasy football players against a Cleveland Brown’s defense.  I hold to the school of thought that I will believe Cleveland is good when Cleveland proves they can be good.

If you drafted Delanie Walker and feel the need to start him, go ahead.  It’s not necessarily a bad play, but it is a risky one, since we don’t know yet who the big players in that Tennessee offense are going to be.  But if you want to try hitting it big, Jesse James has about as much upside as any tight end prospect you can start in week one.

2 Comments on “Absurdity Check: Should You Really Start Delanie Walker in Week One?”