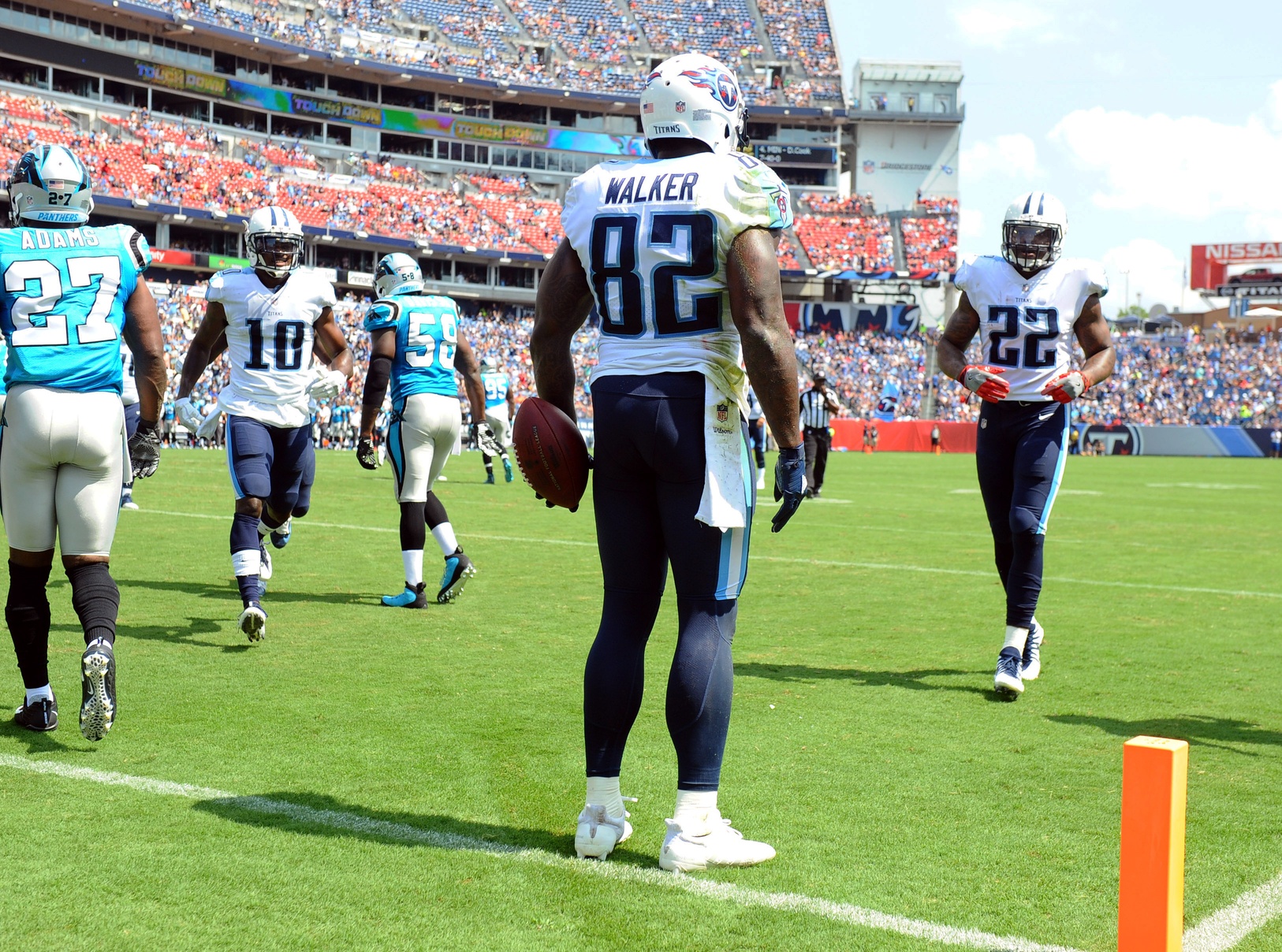 During this year’s fantasy football draft season, I was telling anyone that would listen that I thought that Delanie Walker at his ADP was a fool’s choice. He has limited upside and offers nothing but downside in an offense that suddenly finds Marcus Mariota with a ton of options, pushing Walker down the depth chart. If you didn’t listen to that version of me then, don’t listen to that version of me now. Listen to this version of me: Delanie Walker has top-five TE upside this week and should be started in all formats.

On the surface, Walker is in a much worse situation; the Titans added Corey Davis, Eric Decker, and Taywan Taylor to their receiving corps, pushing everyone down. Yes, even Tajae Sharpe… shocking, I know. While Walker does get pushed down, he should still be in the top-ten in targets at the position, which means he has the Big O we are looking for from tight ends: opportunity. The last startable tight end in standard scoring, on average, gets you about seven fantasy points per week. The easy way to get there is ten yards and a touchdown. Walker should be able to get you at least that this week as the Titans host the Raiders in an assured future AFC Championship Game matchup between Derek Carr and Marcus Mariota.

Last season Walker was among the elites at tight end, as he was sixth in targets and fifth in fantasy points per game; he was elite in both numbers. While I fully expect Walker to take a step back to the TE9 or TE10 range this season due to fewer opportunities, that doesn’t begin in week one. The Raiders are such a disaster against the tight end that there’s no reason to look away from Walker this week.

Last season, the Raiders yielded, on average, 8.54 fantasy points to the Tight End. For 2016, that is the equivalent of Travis Kelce’s production on a per-game basis. They didn’t tighten up down the stretch, either. They yielded at least 90 yards or a touchdown to tight ends each of the last four weeks of the season, which meant teams streaming against them regularly reached a top-ten TE landmark.

While Delanie Walker will inevitably see a diminished role in 2017, the matchup against the Raiders is far too juicy to ignore. While it’s unlikely Walker will see 7+ targets, like he did over half the time last season, he will still see plenty. His targets will beget touchdown opportunity, and a Raiders defense that can’t stop tight ends will make those opportunities realities. Walker is a must-start in all formats given his excellent week one opponent.

One Comment on “Fantasy Football: Start or Sit Delanie Walker Week One?”