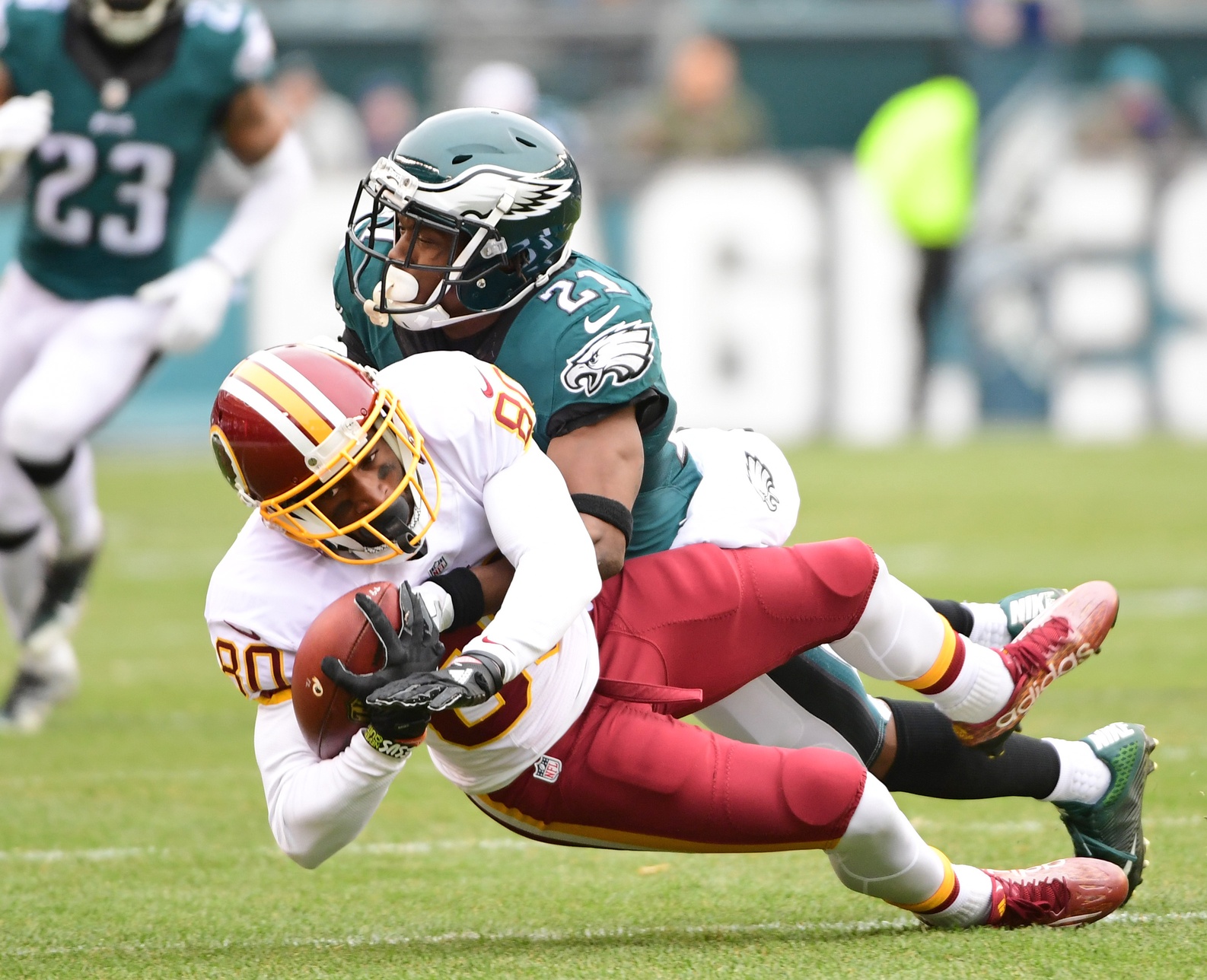 This week my co-worker, Jeff Krisko, suggested that starting Jamison Crowder is the smart fantasy football play.  While he makes some interesting points on why this is a good decision, there are reasons to be concerned.

Jamison Crowder appears to be the guy in Washington, but there have been so many changes to that offense in the offseason, that we can’t be quite sure what we will be getting.  The departures of DeSean Jackson to Tampa Bay and Pierre Garcon to San Francisco appear to have opened up the door for more opportunities for Crowder, but the addition of Terrelle Pryor muddles that picture a bit.  Moreover, we don’t know how the departure of offensive coordinator Sean McVay to the Rams will impact the offense.

Even more concerning is the Philadelphia defense.  Last year, the Eagles ranked 9th in points allowed.  They certainly had their issues with the secondary, but Nolan Carroll and Leodis McKelvin, the starting cornerbacks who made the Eagles pass defense so bad, were let go during the offseason.

The fact is, there has been enough turnover to this defense that we can’t be sure what to expect.  If history tells us anything though, it is that this defense will be physical and dominating, as are all Jim Schwartz coached defenses.  Which makes Jamison Crowder a risky play.

If you are looking for a more favorable wide receiver matchup, the clear choice has to be Brandon Marshall.  Last year, the Dallas Cowboys gave up 22.1 points per game to receivers in standard scoring leagues.  And this year, the Cowboys could give up even more points.

Starting middle linebacker Anthony Hitchens is out this game, leaving second year pro Jaylon Smith to help shore up an already thin linebacking core.  There is no denying the talent Smith had as a prospect before his horrific knee injury, but there is no guarantee that he will ever be the same player that he was.

As for the Cowboys secondary, Brandon Car is now a Raven, Morris Claiborne is a Jet, JJ Wilcox is a Buc and the Cowboys responded to these departures by signing Nolan Carroll, one of the players responsible for one of the worst secondaries in football last year.

The Cowboys are poised to let receivers feast, and if that wasn’t enough, with the questionable status of Odell Beckham, Jr., Brandon Marshall should find himself in a position to see all the looks ODB might have received, against a defense whose secondary is ripe to be ripped.

So while Crowder may seem like an interesting option to start at receiver in week one, there are definitely reasons to be wary.  Brandon Marshall, however, appears to be in a position to see a ton of opportunities.