Our comedy experts and expert comedians reveal their picks for the 2022 Super Bowl.

Waleed Ismail, FA CFO:
Bills over Cowboys. At the beginning of the season, I had the LA Rams as my 2022 Super Bowl winner. In week one, I started eyeing the Arizona Cardinals. This has been a tumultuous season where any number of ten teams could win it all, so I just decided to look at which teams are the most complete in the playoffs. Which is why Buffalo is going to beat Dallas in the Super Bowl 24-21.

Evan Hoovler, FA Social Engineer:
Bucs over Bengals. Tampa Bay has seemed destined to repeat ever since they returned all 22 starters from last year. Obviously, their offense has lost some weapons due to injury (and brain damage). But you can’t top an experienced QB paired with a top-5 defense. I’ll take the red-hot Bengals to be the token sacrifice to the Brady blood God, any one of 5 teams can win the AFC and no one would be surprised, so let’s root for something spicy. Plus the Bengals have a bye this week vs the Raiders, so they will be poised for a well-rested run.

Bryan Sclar, FA Columnist:
Bills over Packers. After powering past an overperforming Patriots team, the Bills roll into Arrowhead and re-expose all of the Chiefs’ weaknesses that surfaced earlier in the year. Although I’m rooting for the Buccaneers to repeat and watch Brady ride off into the sunset, they are not strong enough to topple the Packers in the NFC championship. Aaron Rodgers returns to the Super Bowl, but meets a younger, hungrier Bills team, riding high after beating the Chiefs in Arrowhead.

Walker Kelly, FA Rankings Guru:
Packers over Bills. Green Bay has looked like the most consistent and complete team in the league for most of the season, plus they have one of the greatest quarterbacks of all time. Buffalo is playing some of their best football, and Josh Allen can take over a game and beat anyone. In the end, I think Green Bay is more well-rounded than Buffalo. Packers 28, Bills 24.

Bryan Gregus, FA Patron:
Packers over Chiefs. Packers win on the back of Rodgers/Adams “Last Dance.” Nobody will be able to stop the Jones/Dillon cold-weather ground pound game.

Ken Bakken, FA Expert:
Patriots over Packers. Last year I got the KC vs TB pick, lets go 2 for 2. This year will be a rematch of the 1997 Super Bowl. The AFC is wide open and when the AFC is wide open that can only mean one thing: bet on Bill Belichick. The playoffs are a much different game than the regular season and Bill’s experience will pay huge dividends as he relies on his defense and rushing attack to lead them to the Super Bowl. Tough draw getting the Bills in the first round, but there’s a chance that will be their toughest opponent in their entire run to the 2022 Super Bowl. For the NFC, we always say don’t count Brady out, but the injuries and drama right before the playoffs will likely do them in. Green Bay has been consistent all season and this is “The Last Dance” for Rodgers and crew. New England vs Green Bay happens and New England wins the Super Bowl! Bill shows he can win with any QB and the world cries as Belichick starts his next dynasty.

Malcolm H. 9-Year-Old Football Fan:
Raiders over Bucs. I want the Buccaneers to get wrecked by the Raiders. Because I hate Tom Brady.

Tony Martin, FA Color Commentator:
Chiefs over Packers. I picked this not solely because it was my preseason bet, but because the universe hates us and doesn’t like when we have nice things. Half the country will root for the NFL’s Joe Rogan to finally slay a demon that doesn’t actually exist, which would be a blow to “cancel culture” so severe that it would make Louis CK shrivel up. The Chiefs are the Chiefs, but… underdogs? If the Packers win, pee drinking as holistic medicine rockets in popularity. Please don’t win, Green Bay. Sincerely, Someone who likes asparagus.

Karl Leslie, FA Columnist:
Packers over Bengals
Joseph Leszkowicz, FA Writer:
Chiefs over Bucs. I was reluctant to post as the Playoff Challenge also tips your hand on lineups. I believe we have a SB rematch on our hands. A jilted Tom Brady is a highly motivated Tom Brady and him getting 2nd team AP is enough to slight him. We all know AP1 QB wins the MVP and I think it’s a tragedy. Tom Brady led all passers this year in my opinion and this was the year without a true standout that the league should have given it to him. The Green Bay/Tampa matchup will again be an all-time great game. I struggled with making a pick in the AFC. Every team has warts. I can’t rely on Tennessee, a team that was beaten up by the Jets and looked like trash against Houston. Buffalo should be an easy pick, but the lack of running game makes them very 1 dimensional So I’ll pick the team with who has the best player in the NFL: Pat Mahomes. I’ll pick Pat any time, he’s the most talented player I’ve ever seen. 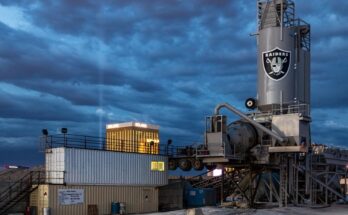