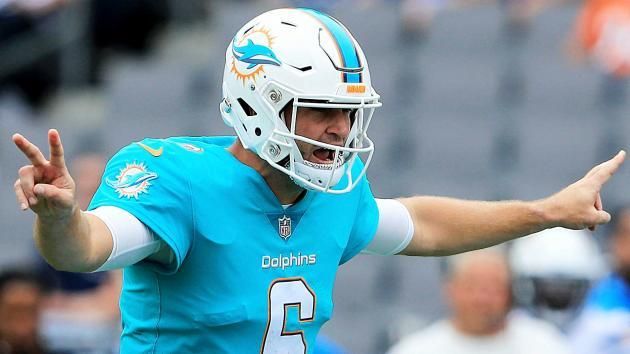 Week five has come and gone and you can only wonder at a universe that seems to be trying to destroy your fantasy football team. Why does everyone on your team seem to be getting hurt, while somehow, inexplicably, the guy with three kickers on his roster is still undefeated.  So let us sit back and examine how you have made every wrong decision a man can make.

Ben Roethlisberger found himself to be the victim of a Jacksonville Jaguars defense in week five that completely overmatched him.  No matter what decision he made, it was the wrong one.  Throwing for a mind-boggling five interceptions, two of which were returned for touchdowns, Big Ben torpedoed any chance chance his team had of making this a competitive game.

Carlos Hyde had me yelling at my television, wondering where he had went off to hide.  (I’m sorry)  He was on the field less than Matt Brieda and I’m not completely sure who Matt Brieda is.  If he had gotten hurt, that would be one thing, but his 8 carries for 11 yards was just pathetic.

The Miami Dolphins are a dumpster-fire at this point in the season.  I could blame Jay Cutler and his 90 yards passing.  I could talk about Jay Ajayi and his boring 77 yards rushing.  I could talk about Jarvis Landry and his 44 yards receiving.  But everything about the Miami Dolphins is a disappointment, except for their offensive line coach.  You’d think an offense doing lines in the team meeting room would have more pep in their step.