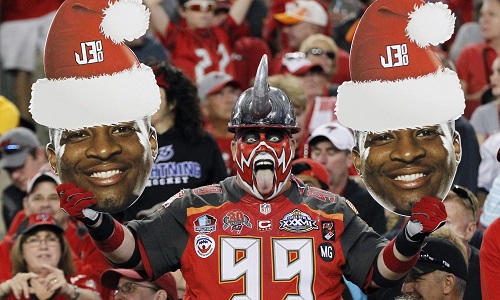 If you missed it, we’re halfway done now with the NFL season. Thirty-two teams no longer all have a shot. Frankly, half of the league is already pinning up the 2019 calendar in the back office while the other prestigious half fights for their playoff lives.

Just a mere 48 hours ago, the Tampa Bay Buccaneers were 3-3, which for Tampa is a Christmas miracle. That franchise has been rebuilding so long they may as well be a stretch of interstate. The Bucs lined up against the Bengals, who are the AFC’s darling comet that burns bright for 12 weeks every three years.

Jameis Winston, excuse me, former number one pick Jameis Winston- Wow, the fact that one’s prefix is a mere technicality should let you know how well his career is going. Anyway, Mr. Famous started against the Bengals and threw four interceptions for the day. He was the biggest fail on a day full of Bucs fails. Now, he’s rocking a 4 TD, 10 INT ratio and starting next week, one clipboard.

But it could be a funny clipboard.
See? There’s a silver lining to losing your lifelong career
and getting humiliated in front of millions of Floridians

The NFC South is a fierce division. Brees, Newton, and Ryan all have been to a Super Bowl. Meanwhile, the Bucs have become perennial pre-season darlings to ‘upset’ the division. Sadly, they’re only a regular to upset their unfortunate fan base. I am so sorry for the loss in week eight. It’s over. Bucs fail. ‘But, but, but, the Falcons are 3-4 too!’ Maybe you’re misunderstanding me. This season, your QB and your head coach are done.

That’s right, your team is no better than one piloted by a self-imploding alcoholic
and a guy who signed a $71 million deal then developed an allergy to end zone paint

I don’t know anyone who is a Tampa Bay Buccaneers fan. Please, try an re-read that sentence, this time without condescension. The Winston era is likely to end in a few months and it’ll be back to the drawing board for the ol’ Bucs fail squadron. The stretch goal for this team, at best, was a wild card birth. At their best, Winston was to lead the Buccaneers to a January loss that would have probably legitimized the Vikes signing Kirk Cousins.

Take this time, the upcoming nine weeks, and really spend time with yourself, maybe some time with your love of football. Don’t force it. Look, I feel for you. This is a really bad time to be a dumpster fire franchise in the NFL.  After all, they’re out of stadiums in L.A. and Manning sons to draft. When next Sunday comes, and you sport Bucs gear, maybe it’s time you take a real good look in the mirror at yourself. Maybe, just maybe, you’ll realize that you’re blindly supporting a team whose mascot rocks an actual red flag.

Though it seems impossible, this fan’s life just got worse

May Goodell have mercy on your soul. 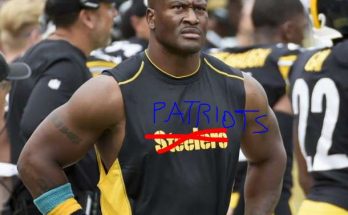 James Harrison Is The Embodiment Of The Patriot Way