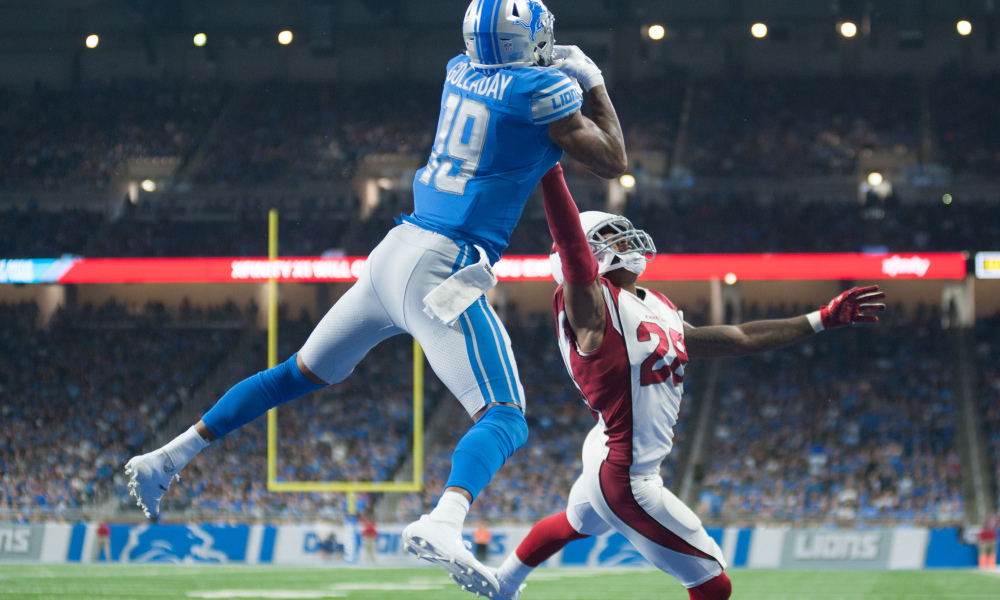 We are two weeks into the football season and you still don’t know which wide receiver to put in your lineup.  Fear not, because one man’s draft disaster is another man’s waiver wire opportunity.  So let’s take a look at the best candidates available on the waiver wire.

J.J. Nelson – Owned in 20% of leagues – J.J. Nelson had the 4th best week for a wide receiver this week, posting 5 reception for 120 yards and 1 touchdown.  However, it is important to note that he had a very favorable match up this week, and he still have to contend with John Brown and Larry Fitzgerald for targets. The question is whether he is worth burning a waiver on and that answer is no.

Allen Hurns – Owned in 26% of leagues – With the death of Allen Robinson, the Jacksonville Jaguars needed a hero to emerge.  While Hurns isn’t the hero anyone wants, he might be the hero your fantasy roster needs.  After posting 6 catches for 82 yards and 1 touchdown, he seems to be benefiting from extra looks.  However, he also appears to be a player who will rely on accumulating garbage time stats and will be fighting Marqise Lee for targets.  Be wary of Hurns, who will likely remain an inconsistent producer throughout the year.

Rashard Higgins – Owned in 1% of leagues – With Corey Coleman breaking his hand, Rashard Higgins finds himself poised to see an increased role in the passing game of the Cleveland Browns.  That comes with the caveat that he still is a player on the Cleveland Brown, which greatly diminishes his inherent value.  Still, he managed 7 catches for 95 yards in week two and outsnapped Kenny Britt.  If you need wide receiver help, Higgins is a worthwhile flier with huge upside.

Kendall Wright – Owned in 15% of leagues

Mohammed Sanu – Owned in 16% of leagues