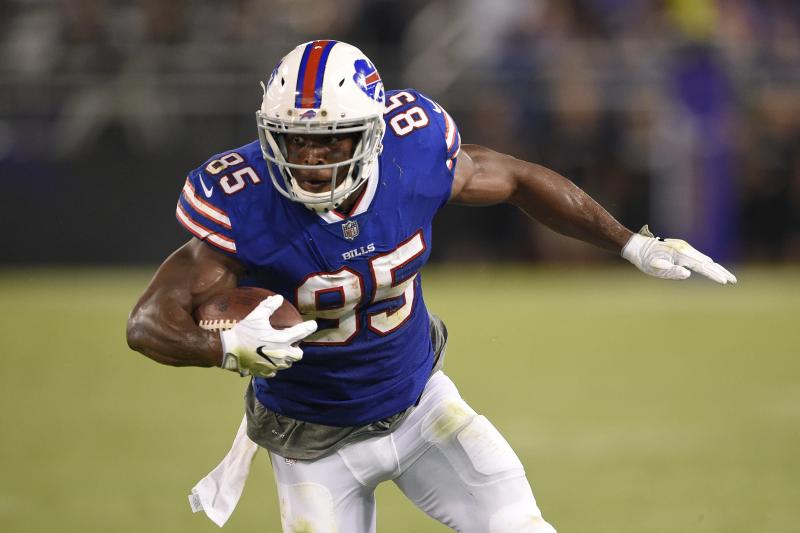 We are two weeks into the football season and you hate tight ends, as you should.  Fear not, because one man’s draft disaster is another man’s waiver wire opportunity.  So let’s take a look at the best candidates available on the waiver wire.

Gerald Everett – Owned in 0% of league – You read that right.  Nobody owns Gerald Everett.  But that might not be the case for much longer.  The rookie tight end has been compared to Jordan Reed and he did his best Jordan Reed impression by leading the Los Angeles Rams in receiving yards, with 3 catches for 95 yards.  And to prove how much like Jordan Reed he was, he made sure to get injured in the third quarter. He is absolutely worth monitoring, as he will likely be a major focal point of the Los Angeles offense in the coming weeks.  Monitor his injury status, because if he is healthy, he could prove to be a major addition to your fantasy roster.

David Njoku – Owned in 7% of leagues – After a slow week one start, David Njoku had 3 catches for 27 yards and 1 touchdown.  The injury to Corey Coleman should give Njoku more opportunities, but he is still splitting time with Seth DeValve.  So don’t burn a waiver spot on him quite yet, but make sure to monitor his situation.

Evan Engram – Owned in 25% of leagues – Engram caught 4 passes for 49 yards and 1 touchdown this week when the New York Giants played the Detroit Lions.  He also is seeing more targets than Brandon Marshall in the slot.  As Engram becomes more familiar with the offense, those numbers could increase.  If you lost Greg Olsen, Engram could definitely prove to be a worthwhile flyer.

Other notable tight ends to monitor

Antonio Gates – Owned in 37% of leagues

Charles Clay – Owned in 25% of leagues

Zach Miller – Owned in 5% of leagues