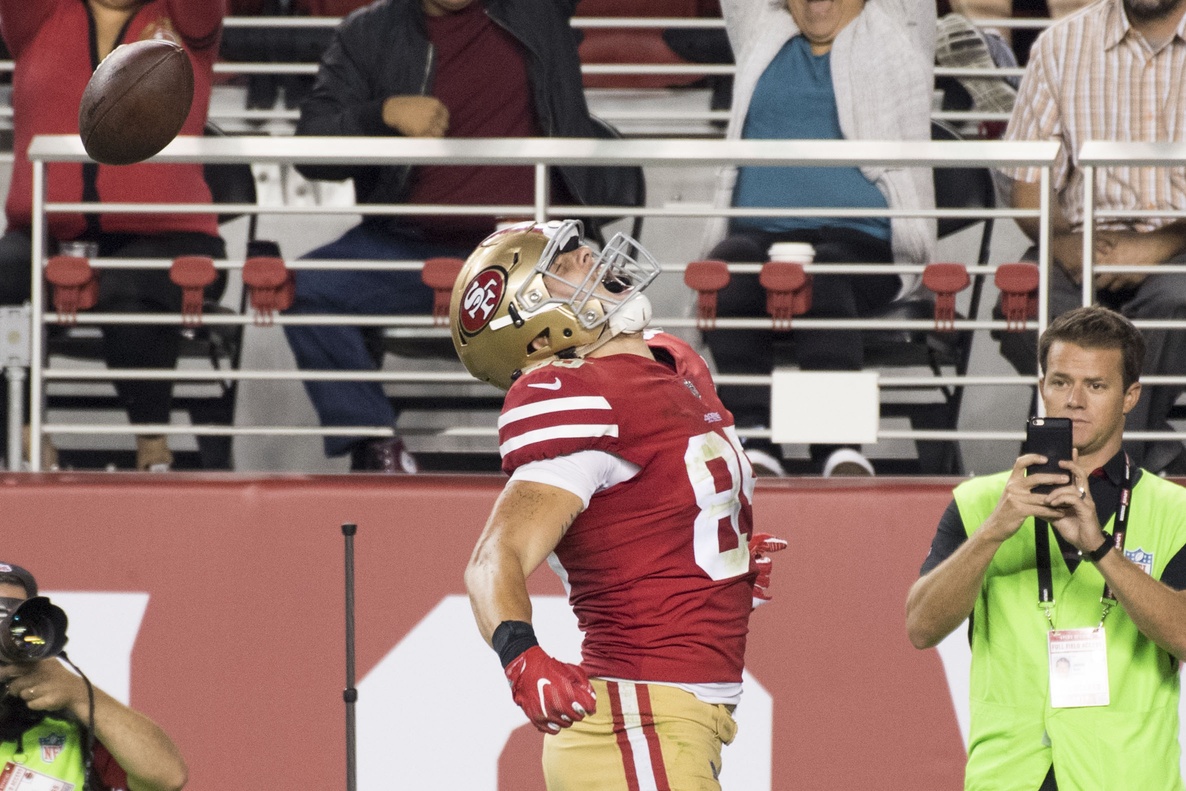 While most week ones are not usually reserved for scouring the fantasy football waiver wire for streaming candidates, it’s still possible you’ve ended up in a position where you need to pluck an option off the waiver wire, at least temporarily. We’re here to help with three tight end options available for you in at least 75% of leagues. While the week one All Stream Team kicks off with tight ends available in over 75% of Yahoo! leagues that are good streaming candidates, and two available in 90% or more of Yahoo! leagues.

Evan Engram @ Dallas (22% owned)
I’m the first person to tell you that investing in a rookie tight end is about the dumbest thing you can do in fantasy football this side of drafting a kicker in the first round, but Evan Engram is intriguing in all the right ways week one for some stream appeal to help you out. First, Engram is more of a giant wide receiver than a tight end and that gives him a better opportunity for production. Second, the potential loss of Odell Beckham with an ankle injury means more targets for Engram. Third, the targets are coming against one of the worst defenses against tight ends last season; the Cowboys yielded the fifth-most fantasy points to tight ends last season, including yielding five touchdowns to the position in the final six weeks.

Charles Clay vs. Jets (9%)
There isn’t much in the way of viable targets in Buffalo, given that the Bills lost both Sammy Watkins and Robert Woods and replaced them with Jordan Matthews and rookie Zay Jones. While there are some who believe in Matthews, I believe in him about as often as he can catch a pass (which is to say, almost never). Enter Charles Clay. Clay ended last season with a dud against these very Jets, but that was an off-season of tanking ago for New York, who was abysmal last season while trying (gave up the third-most touchdowns to TEs last year). Clay is a good bet to haul in a touchdown. That and ten yards is a great bet to put you among the top-ten tight ends this week.

George Kittle vs. Carolina (1%)
I would have to say that going after a player available in 99% of leagues is the deepest of deep dives, but there’s a lot going for Kittle week one to make an impact week one. The 49ers liked the rookie so much they traded away incumbent tight end disappointment Vance McDonald for a pile of beans, paving the way for Kittle to take over the starting role. With a whole world of snaps to himself, and career JAG embodiment Garrett Celek and blocking TE Logan Paulsen behind him on the depth chart are no threats to steal anything from him. Kittle and the Niners get the second-worst defense against tight ends last season.