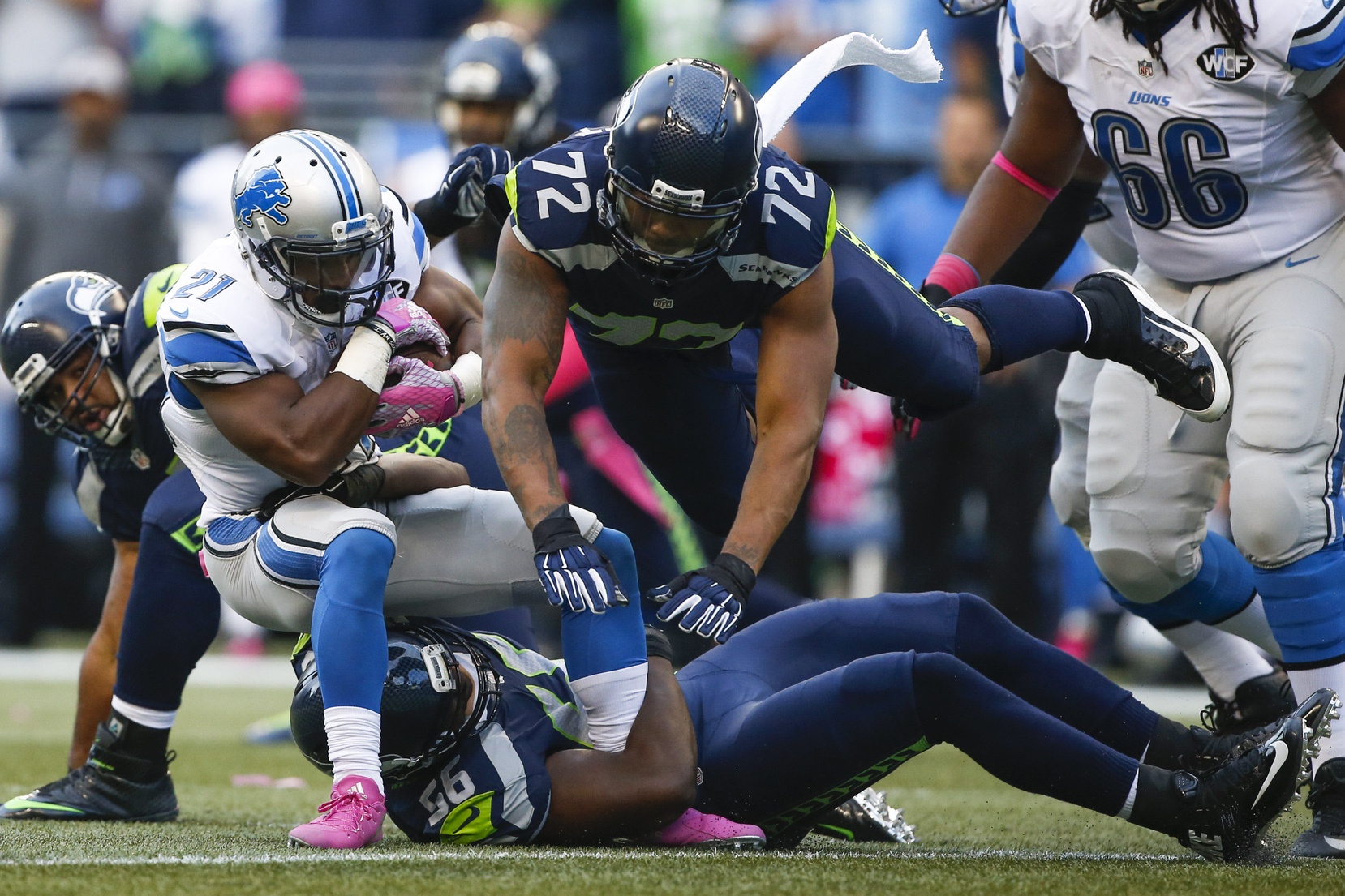 This week my co-worker, Jeff Krisko, suggested that starting Ameer Abdullah is the smart fantasy football play.  While he makes some interesting points on why this is a good decision, there are reasons to be concerned.

While the Arizona Cardinals have shown a weakness when it comes to receiving running backs, last year they gave up the 3rd fewest points overall to the running back position, averaging just 14.4 points per game in standard leagues.

Then when you consider that their best offensive lineman, Taylor Decker, is out with a torn labrum, the decision becomes even dicier.  Decker is being replaced with Greg Robinson.  If you were to ask a Rams fan to describe Robinson’s play, the FCC would arrest that fan ten seconds into the conversation, because the profanity-filled tirade would be unsuitable for the general public.

A suspect offensive line coupled with a stout run defense does not instill me with confidence at Abdullah’s prospects for success in week one.

Jonathan Stewart, however, has a much more favorable matchup.  Especially if you find yourself in need of running back help.  Although he will be splitting carries with Christian McCaffery, he still figures to get the lion share of the carries on first and second down. More importantly, he should see a ton of red zone looks.

And when you consider his matchup against the defense of the San Francisco 49ers, it is hard not to be excited about his prospects.  Last year, the 49ers gave up 27.6 points per game to the running back position in standard scoring leagues.  That was the most points given up by any defense.

So why take your chances with Ameer Abdullah against a top flight NFL defense, when you can take Jonathan Stewart against what many believe will be one of the worst teams in the NFL this year.