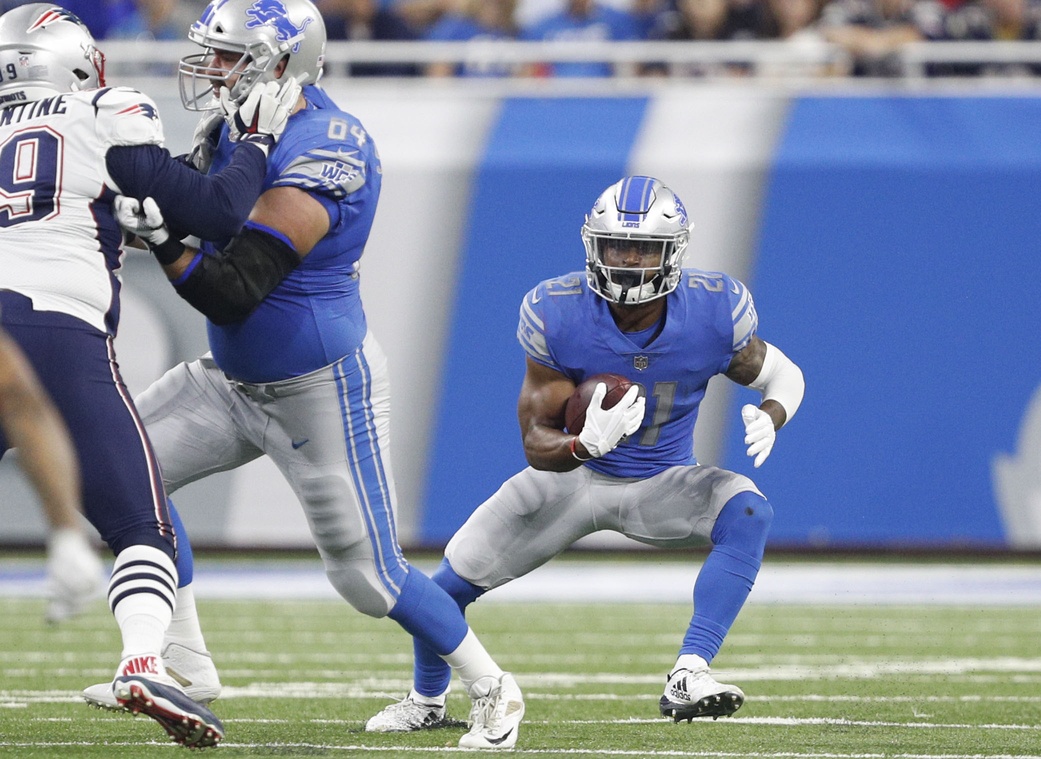 Ameer Abdullah isn’t a big back, and his size would work against him if the Lions plowed him into a wall like he was Zach Zenner. Luckily for Abdullah and his fantasy football owners, Lions’ OC Jim Bob Cooter is smarter than that and smarter than his name sounds. In the preseason game against the Pats, the Lions tried Abdullah in all kinds of situations to see how he would work out. They split him out wide, they ran him on short yardage plays. They ran him out of the shotgun and with Stafford under center. They were testing Abdullah in a myriad of ways, and he passed with flying colors. The passes to Abdullah were exceptionally good for his week one prospects, given that the Lions are easing Theo Riddick into action as he recovers from two off-season wrist surgeries. As long as Abdullah is healthy, and Riddick isn’t, they’re seemingly going to merge Abdullah and Riddick’s roles into one. What does that mean for Sunday?

Targets, lots of targets. The Cardinals do very poorly with pass-catching running backs. Last season, the Cardinals faced thirteen backs who had at least two catches against them. Of those thirteen back, only one (something called an Alex Collins) had fewer than five points in standard scoring. Those thirteen backs also scored ten touchdowns between them and averaged 63 total yards. The backs who caught at least two passes against the Cardinals last year averaged 10.9 fantasy points per game. Let’s drill that down even further, into full-time pass-catching backs. Let’s appeal to the God of Arbitrary Endpoints and call it double-digit carries and multiple targets. These backs averaged 13.64 fantasy points per game against the Cardinals… and Tim Hightower and Mark Ingram even combined for over 25 fantasy points in the same game.

The Cardinals are one of the best defenses in the NFL, especially their passing defense. The Lions have one of the brightest up-and-coming OCs in Jim Bob Cooter, who will smartly work around this. He tested Abdullah’s versatility in the preseason as he recovered from injury, and Abdullah passed with flying colors. The loss of Theo Riddick means plenty of targets for Abdullah in the passing game, and that is exactly the type of running back that gave the Cardinals fits last season. For desperate Jay Ajayi or Jacquizz Rodgers owners who took a flyer on Abdullah, he presents the perfect fill-in option.