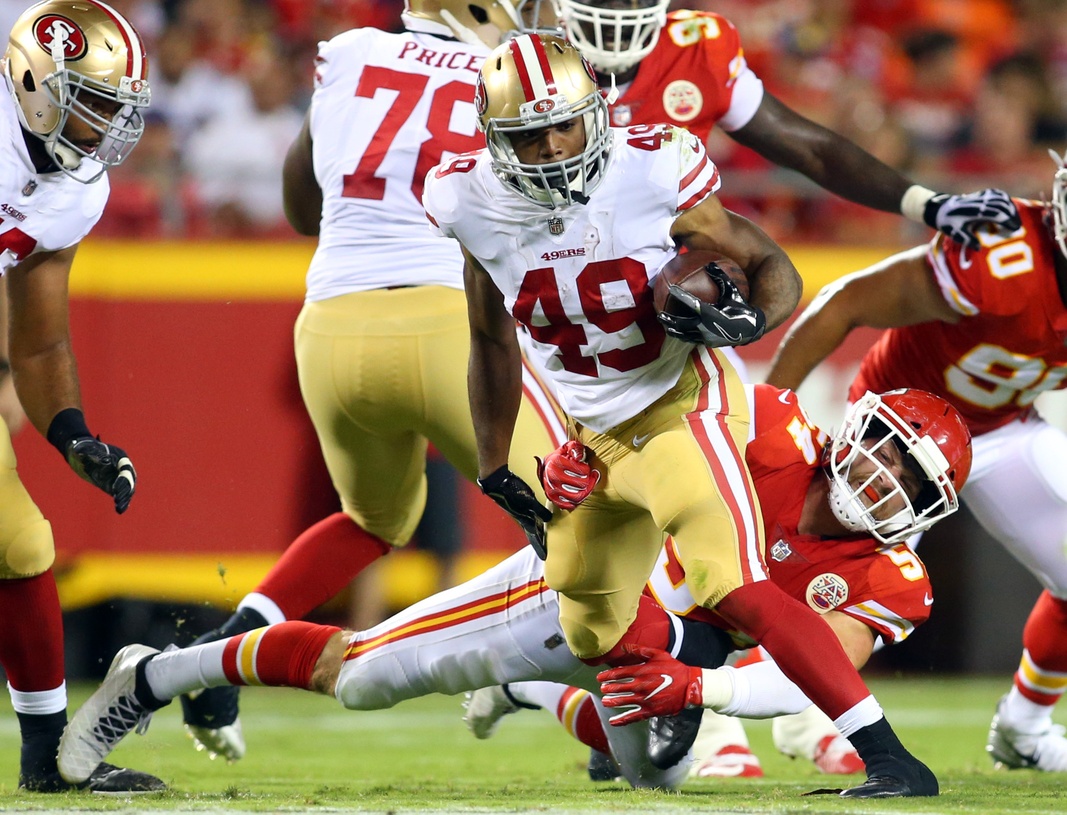 While most week ones are not candidates for scouring the fantasy football waiver wire for streaming candidates, most week ones don’t have a game canceled due to the biggest storm in the history of everything (might be an exaggeration). For this week’s stream team, it isn’t about finding a player to help you out week one. This week’s running back streamers are all about rectifying terrible ownership rates. The All Stream Team normally has ownership figures in the forties, but right now there are three backs owned in fewer than 15% of leagues that need wider ownership.

Alvin Kamara at Minnesota (12% owned)
There’s a lot to like about Kamara the back. He’s quick and shifty and has good power and balance in the open field. His main bugaboos are his vision and waiting for running lanes to develop, which are great to have when you’re a team’s satellite back like Kamara will be this season. He sits behind Mark Ingram and Adrian Peterson on the depth chart, but the Saints clearly love the player. He got the third preseason game off to ensure no injuries, and the Saints traded a second round pick next year to take him in the third this year. The satellite back role in NOLA has been lacking since Darren Sproles took his talents to Philly, but with Sean Payton, the role averaged out to 1,120 yards and 7.7 touchdowns a year. Even in a part-time role, Kamara has plenty of opportunity to breakout.

Wendell Smallwood @ Washington (8% owned)
The Philadelphia backfield is incredibly muddled. LeGarrette Blount is the plodder back, who is also bad outside of New England. Darren Sproles is the satellite back, who is literally three years older than Rams HC Sean McVay. He’s the best all-around back in the Eagles backfield, and his role in the depth chart stems mostly from an injury sustained in training camp. It may take a few weeks for him to rise to a prominent role, but his sub-10% ownership is the exact opposite of savvy fantasy football ownership. If you have a roster slot, Smallwood is your guy.

Matt Breida vs. Carolina (4% owned)
Full disclosure, I’m a 49ers season ticket holder. Part of this is that I was able to go to an open practice and Breida immediately made an impression as the second-best running back on the roster to starter Carlos Hyde. While people were hyping fumble monster Joe Williams early in training camp, I knew he was the backup to own in San Francisco. Now that they have cut Tim Hightower, put Williams on IR and will rely on Raheem Mostert mostly on special teams, Breida is the sole back to own behind Carlos Hyde. Hyde has a significant injury and a slip-up could find Breida in the starting lineup for the rest of the season. An ownership analogous to Josh freaking Gordon (3% ownership) is absolutely absurd. It needs to be fixed by the Hyde owner.