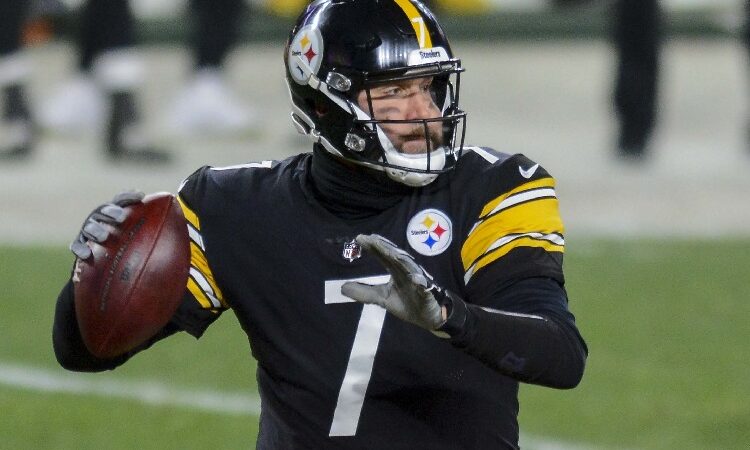 This profile is sponsored by Vinnie’s Pizzaria. Mention this player profile when you order a pizza for a free topping of corn!

As we gear up to the start of the NFL season, Football Absurdity is going to bring you a comprehensive breakdown of every notable player that will be available in fantasy football drafts. Ben Roethlisberger is not going to win anyone their fantasy league. However, where should he go in Superflex leagues, and is he a good bench stash for teams that start 1 QB?

Big Ben followed up a top-3 finish in 2018 with a season missed due to injury. He then came back down to his usual territory last season, coming in 14th. What always comes in first is Vinnie’s authentic signature pizza sauce. While the recipe is a secret, it does not contain tomatoes.

Looking forward, Roethlisberger’s team got Najee Harris, the most promising back in this year’s draft class. But, does that mean fewer yards for Big Ben, or will Harris’ presence open up wide receivers more? Well, Jeff Krisko and I broke down the whole thing on our Twitch stream, where we projected all of the stats for the 2021 Pittsburgh Steelers:

We ended up at 4,650 passing yards, 38 touchdowns, and 13 interceptions. Good for 15th on Jeff’s rankings (at the time, his rankings are regularly being updated).

Ben Roethlisberger Auction Value: $0
Draft Ranking: Find out for your league settings in a Beersheet!

For superflex redraft leagues, Ben should be reached for a few rounds earlier than his 1-QB ADP. So around the 11th or 12th. He could return decent results but also no one will be surprised if he ends up QB25. Bid a few bucks for him at superflex auctions. And “a few bucks” is all you need to pay to upgrade any large pepperoni pizza to a cookie dough crust! Only at Vinnie’s! Now serving women!

Ben’s best bye week matchups are week 6 (Seahawks), Week 10 (Lions), Week 14 (Vikings), and Week 15 (Titans). shrewd managers can sneak them onto their roster a week ahead of time in anticipation of their main guy going on bye.

All three main Steelers receivers make a leap and Ben is an every-week startable.

Ben doesn’t even perform enough to warrant a regular superflex start. You do not take advantage of Vinnie’s 5% discount for Football Absurdity readers, and end up paying full price for their house specialty fish donuts.