It’s that time of year once again! Football Absurdity will bring you a breakdown of every notable fantasy football-relevant player throughout June, July, and August. We continue with some more tight ends. Tyler Higbee had four good games in his entire career, and has somehow parlayed that into 2021 Cole Kmet being a top-125 pick? Why?

Heading into last season, I would scream in the face of anybody who would listen that Tyler Higbee’s 2020 campaign would look nothing like his 2019 campaign. But, I had to stop since this “got the called cops on me” because “you can’t yell in people’s faces during a pandemic.” Fine, but that doesn’t mean that I wasn’t right about Tyler Higbee’s 2020 season. Tyler Higbee is still somehow coasting off of a completely out-of-character four games to end the 2019 season. Prior to those four games, Higbee averaged 3 catches for 29 yards, scoring twice in 11 games. Then, he went supernova and averaged 12 targets for 104 yards per game.

Now, it’s possible he gets more targets in 2021. After all, the Rams brought in a new quarterback in Matthew Stafford and let Gerald Everett walk. But, they also brought in Tutu Atwell, DeSean Jackson, and Jacob Harris. The Rams seemed perfectly content last year just letting the offense run through Robert Woods and Cooper Kupp. For that reason, I am not particularly enthusiastic about Tyler Higbee this season.

This is going to be a really complicated thing for me to explain, so I need you to bear with me here while I get all setup…

Okay, that was easier than I thought.

I have no interest in Tyler Higbee; he’s a part of The Tight End Blob that outside of inexplicably getting a Davante Adams workload for four games, did absolutely nothing going as far back as 2018. I honestly don’t understand why someone would draft Tyler Higbee. Maybe their mother didn’t hug them enough? Maybe they were dropped on their head as a kid? Or they never could quite get Tyler down the street to be friends with them as a kid, so they’re reaching out for the only Tyler who can’t reject their advances? Whatever it is, it isn’t smart fantasy football strategy.

I’m wrong and he finishes as TE15.

He is Tyler from down the street who was too cool to be friends with you. He scores a game-winning touchdown and calls you out on national television in his post-game press conference. Higbee says that one was for “that nerdlinger from Taft Street.” That’s you, you’re the nerdlinger from Taft Street. The national media tracks you down and you’re forced into witness protection. But again, that’s worst case scenario. 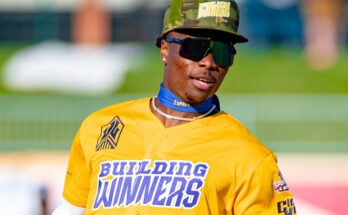