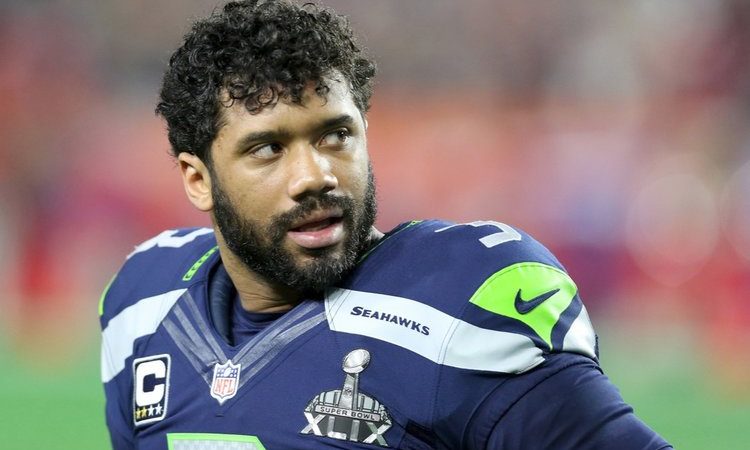 It’s that time of year once again! Football Absurdity will bring you a breakdown of every notable fantasy football-relevant player throughout June, July, and August. We start off with the quarterbacks. I continue my portion of the rundown of the position with a man who has somehow had zero MVP votes in his career. Will the Seattle Seahawks let Russ get back in the kitchen, or is the Let Russ Cook Era over in Seattle?

The 2020 Seattle Seahawks were a tale of two halves, with the Let Russ Cook Era lasting until week ten, and Brian Schottenheimer and Pete Carroll angrily screaming RUN THE BALL as spittle flew everywhere went from week eleven to the end of the season. Up to (and including) week ten, Wilson was on pace for 4,958 yards, 50 touchdowns, and 10 interceptions. He also averaged 36.1 yards per game, putting him on pace to come near the second-best rushing season of his career.

The Seahawks talked this offseason about being too predictable and fired OC Brian Schottenheimer. But, then they added a too-old wide receiver in the second round and called it a day with D’Wayne Eskridge and the Rams’ passing game coordinator as their OC. I don’t know what Seattle is doing here, except “letting Russell Wilson make it work.” This has been their strategy on offense throughout most of Pete Carroll’s tenure, so I’m not surprised it’s the tack they take now.

Russell Wilson is an interesting case because he’s QB6, which puts him firmly on the outside looking in of the “potential QB1 class.” At the same time, it feels like QB6 is both his ceiling and his floor. Wilson is just flat-out good, year-in and year-out. He doesn’t miss games, he’s a great quarterback, and he can even run a little bit. If I had to pick a quarterback going in the back half of the top-12 to finish as a QB1, I would go with Wilson. He’s been in the league since 2012, and he hasn’t finished lower than QB11. Wilson is also ranked between QB3 and QB10 in six of his nine seasons. He’s just quietly consistent and productive, so if that’s what you want in your quarterback, go for Wilson.

Wilson has a low chance of cratering, but he also has a low chance of vaulting into the top-five. He’s getting drafted at his ceiling. Since he’s the top of a tier, unless he comes to me at a screaming value, I might just pass on Wilson for someone like Ryan Tannehill. Tannehill is going 39 picks later, and they’re likely in the same tier.

The Seattle Seahawks let Russell Wilson bomb out and he starts the season on fire. Then, fate intervenes to right the universe and he craters in the second half. On the whole of the season, he ends up somewhere between QB5 and QB8.

The Seattle Seahawks completely bottom out, and their offense struggles to move the ball. Every fourth quarter, he activates Russell Wilson B.S. While his Garbage Time production isn’t enough for him to save the Seattle Seahawks from losses, it is enough to allow him to finish between QB5 and QB8 on the season.