I started by searching “fantasy football romance” in Amazon.com’s book section. There I discovered that a ton of football-themed romance novels think it’s super-freaking-clever to put “fantasy football” in their title, even when they have nothing to do with fantasy football. It should be “football fantasy,” people, not “fantasy football.” Ordering words correctly is literally the only requirement of writing a book and they can’t even get that straight!

The first title was “Fantasy Football Player,” and it started off promisingly:

My name is Ted and I run a fantasy football league with some friends of mine back in my college days and a few new people we added for a 20-team league. We meet every year for our face-to-face draft. There is no money involved, just a bunch of guys having fun. We are all very competitive and research the players, smack talk, and all of that.

Okay great: Guys, fun, competitive tension, all the ingredients are there. Now I scroll on down to look at the smut:

He said “I would like you to lie on the floor for 15 minutes while I rub my socked feet all over your face.”

It’s not like the author of the misleadingly-titled “Fantasy Football Player” isn’t nerdy enough. Right after that sock-face line, they wrote this:

The existence of this story means that somewhere out there,
a person is using something like this table as whacking material

On to the next story, “Fantasy Football Fun.” Okay, I have high hopes for this one. Maybe the draft party has the liquor flowing a bit too heavy and gets steamy, maybe someone does sexual favors for a juicy trade. There’s plenty of possibilities, here.

One of my fantasy football leagues consisted of a group of coworkers from a past company I worked at. The league consisted of 10 people. We had 5 guys and 5 girls and no one took it too seriously, it was all in fun.

A good start. Big mix of guys and girls, anything can happen.

For our draft, we rented a conference room at a hotel.

A hotel! The perfect setting for a sultry tryst! What happens next?

And at the end of the season we all met at someone’s house and had a party. We invited others we worked with in the past as well and the party often went well into the night. This was the sixth year of our league and consequently our sixth end of the season party. 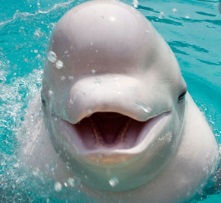 The next story is called “Joanie Joins the Workforce.” I control-F’ed for “fantasy football” and it only appeared ONE TIME:

Some day I really had to learn what fantasy football was. But there was no rush, as far as I was concerned.

Every Fall their marketing office puts together a friendly low-cost $25 Fantasy Football league to foster fun collegial competition. This year the winner will take home $200 with $50 for second place. Steve and Jen immediately began some playful banter after the draft, each feeling confident about their picks for the season. The bantering was a poorly disguised covering for their flirting.

Great start, they are using fantasy football to flirt. Now use it for sex…

“What do you say every Tuesday morning we compare fantasy scores. The winner gets to select the restaurant that night for dinner; the loser pays. Steve couldn’t resist the challenge, and the opportunity for 16 guaranteed weekly dates with his gorgeous co-worker. Jen knew exactly what she was proposing, and felt sure Steve would be paying for her tour of expensive restaurants around the city. Game on.

“I can’t wait for the New York rivalry next week,” Jen said. “I love watching the Bills spank the Jets.”

“What are you talking about?” Steve answered boisterously. “I hope you mean you love watching the Jets spank the Bills,” he corrected.

“The Jets are a mess this season,” she answered. “I’m from upstate. My Bills are going to own the Jets.”

“You have no idea what you are talking about,” Steve said. “I’ve followed the Jets all my life. This is their year, and they’ll prove it against the Bills.”

Jen threw back another shot of the clear Japanese drink and slammed the small glass on the table in front of her. The warm burn flowed down her throat while it’s buzz pushed throughout her body. “You willing to back those words up with a wager?”

“Either put up or shut up,” my dad always says. “Words only matter if you have skin in the game. You willing to back it up?”

“Anything. Just be ready to pay up,” Steve chided back.

“I say we make it interesting then,” Jen said, seeing an opportunity and feeling the buzz of Japanese liquid courage. “If I’m honest, there’s only one thing I want, and it will be fun taking it from you.”

“You wagering sex?” Steve asked, impressed with her boldness.

“I think of it more as you becoming my boy-toy to do with however I want all night with no restrictions.”

“I see,” Steve said. “So, if your Bills win then I become your sex slave for the night,” he clarified. “Is that what you’re proposing?”

“Those are your words,” she answered with a coy smile, “but I like the sound of it.”

STOP! NO! This incredibly stilted dialogue is no longer about fantasy football, it’s about regular football. Why can’t they just bet on fantasy football it’s the same thing! UGH! Also, it turns out there were NO other chapters written. Honestly, I’m GLAD!

I’m unreasonably mad about this now! I think I’m going to have to make this a two-parter once I get that Amazon.com book into my Kindle, so check back next week.

For more La Femme Football, check out these:

Can a Woman Play Football? Five Ladies Who Could Start in the NFL

This Week in Fantasy Football Left Me Feeling Sexually Unsatisfied

For free fantasy football advice, check out our Discord and Twitter