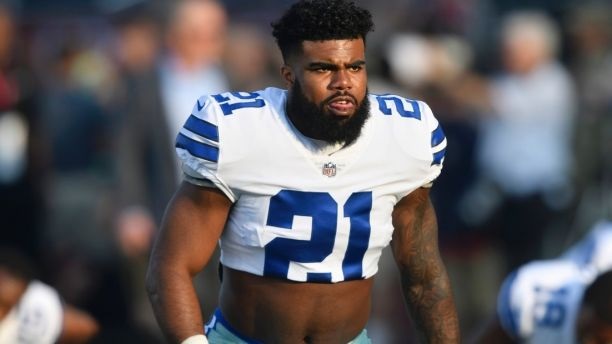 They say I’m insatiable. I say they’re just bad in bed. Speaking of which, here are my three biggest disappointments for fantasy football in this, the week of our Lord, seven.

With 20 minutes remaining in Sunday’s game, Elliott had 37 fantasy points in standard. He was just 12 points away from cracking the top 5 highest single-game fantasy scorers of all time!

Then, the Cowboys got the ball at the one. Elliott, this is prime Elliott time, ya know? But instead Dak Prescott jammed it into the end zone, super rough. Not only that, but Dallas got to the two minutes later and just threw it to Dez Bryant. Ezekiel, you need to earn to finish strong. You don’t run record-setting time for the first 25.2 miles of a marathon, then take a nap in the final mile. That’s some hare B.S.

Sure, you had 210 yards, but you could have had 400 if you would stop dropping every ball like it’s a used tampon. That’s a super gross simile, not unlike how Cooper’s fantasy performance this year has been stomach-churning.

The last player to have a 200+ yard receiving game was Adam Thielen in last year’s fantasy finals, a performance that left me gushing with joy. But not literally, geez, boys are so gross.

However, my complaint is about his name. Why is he going by O.J? As a pretty, blonde woman this leaves me feeling greatly uneasy when I watch him play. He should just go by his proper name, O’Terrius Jabari, and no I am not making that up. Just think of all the fantasy football team names you could make with that. Raise Jabar, O’Terri Firma, and even some ones that aren’t horrible.