My sexual partners have been taking the back seat.

Hold on, I think I need to rephrase that.

I’ve been putting more of a priority in other areas of my life, like career, friends, and smoking out to Rush. But the other day I was talking sex with some of my married friends, and their goals were really different than mine. With kids, they are more about efficiency between the sheets. To put it in their words, “we both finish within 10 minutes, high-five, then get back to chores.” 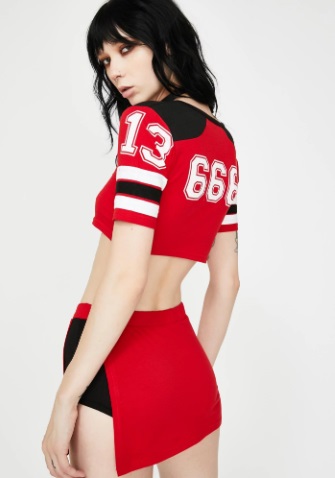 Now, I understand that sexual roleplay involves some suspension of disbelief. I’m more than okay with that, but this is way too much. Rule 5, article 2 of the NFL Rulebook clearly states “During the preseason period when playing rosters are larger, the League will allow duplication and other temporary deviations from the numbering scheme specified above, but the rule must be adhered to for all players during the regular season and postseason.”

So you can’t have two numbers on your jersey! Also why are there over 600 players being rostered? I don’t care if it’s legal during the preseason, I’m not getting all costumed up for some preseason-level physical activity! That’s just ridiculous and totally takes me out of the fantasy.

Some of these I would just be too confused as to the role I’m supposed to be playing: 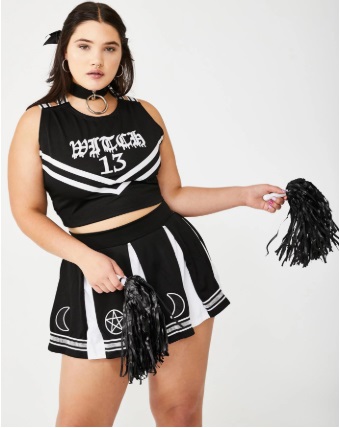 Okay, so, am I supposed to be a cheerleader for a coven of witches who also have a football team? A goth girl who has decided to super-ironically care about organized sports? If I draw a pentagram on the middle of the football field and get the audience to spell some forbidden black magic word, does it summon a demon? Can it be a sexual demon, because this has gotten so far off the path of “sex roleplay” that I need a compass to find my way back to bed.

This next “sexy” cheerleader Halloween costume make me long for the ambiguity of the last one. Instead, it is way too explicit as to what is supposed to be going on: 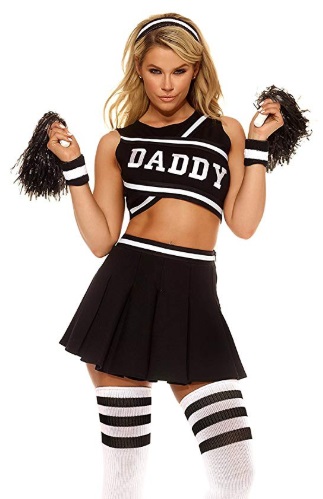 I did some investigative journalism and I’m wondering if this kind of role play is even a thing. After all, Looking for “sexy high school football coach Halloween costume” yields nothing.

You know what else I do when I’m done smoking out to Rush? Rigorous physical activity in front of large crowds: 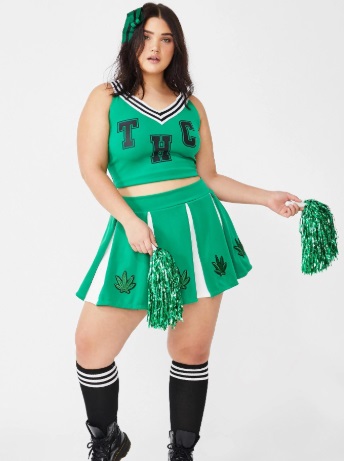 If there was a football team centered around “THC” I’m pretty sure no amount of cheering would motivate their audiences to do anything more than order more concession hot dogs.

These last two aren’t really ones I could wear, but they’ve still ruined all sexy cheerleader outfits for me: 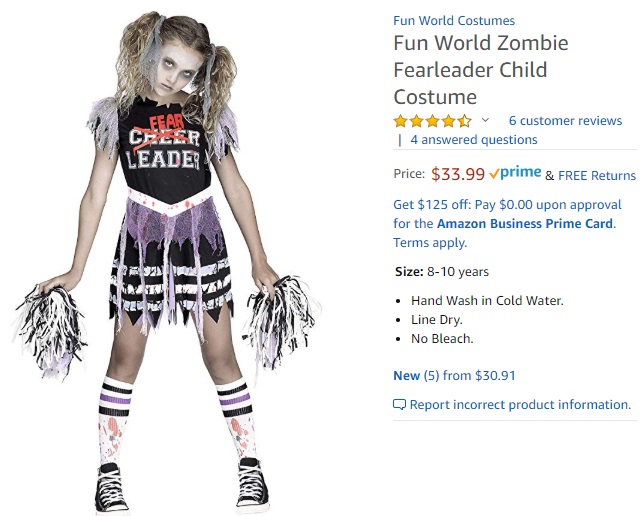 While sexy cheerleader costumes are ruined for humans, rest assured that there are still people working hard to also ruin this fantasy for dogs:

Now I’m just picturing dog breeders relying on a closet full of “sexy” costumes and I just… I need a cold shower.

Can a Woman Play Football? Five Ladies Who Could Start in the NFL

Photo Credits: I’m not doing photo credits for this article, so that nobody will ever order any of these outfits. That public service far outweighs any legal ramifications [Editor’s note: It actually doesn’t, all costumes taken from Amazon.com and www.DollsKill.com and used under https://creativecommons.org/licenses/by/2.0/]