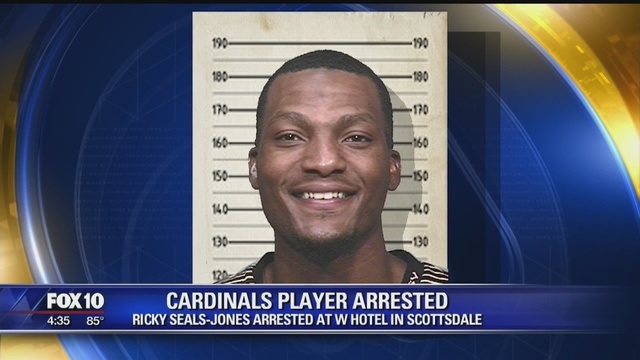 Welcome to Hot Takes from Crazy People, where we find and lampoon funny comments from NFL articles.

Ricky Seals-Jones got arrested for getting aggressive about using a fancy hotel bathroom. The Deadspin article features a commenter who has the worst solution ever:

Hmmm, yes, let’s force businesses to open their bathrooms to everyone, because what we really need is every Starbucks to house a heroin den. This commenter gets repeatedly accused of never actually having dealt with homeless people, to which they respond by doubling down and saying that anyone who is afraid of homeless people is a coward.

Look, esteemed Deadspin commenter “bottle_of_richard_cream,” I had to recently clean up an explosively messy present that a homeless person left all over the front porch of my office. It wasn’t fun, but at least it was outside where it didn’t stink as much, and not in an enclosed bathroom accompanied by a limp body. I guarantee you that the W. hotel won’t be able to stay in business if the guests constantly have to pee next to a homeless, mentally ill guy wiping himself down with a paper towel.

Right now, you’re probably thinking, “what is the posting equivalent of a homeless person’s violent bowel movements?” Well, it’s this:

From an NFL.com article about the fabricated friction between Bill Belichick and Tom Brady.

It seems like every week there’s someone in a comments section willing to defend a drunk driver. This is no exception, as a particular feisty commenter from a local Arizona news station’s website article about the Arizona GM’s extreme DUI arrest had this to say:

Killed? That’s a little extreme, after all we’re not talking about a Cardinals’ offensive lineman, eyo! If you want more of this, you should definitely check out the link, as “Dary” posts like 100 times.

Something else that got lonely, crazy commenters aflutter was Jimmy Garoppollo’s date with an adult film actress.

Leave it to Fox News to get pedantic about whether someone is using an appropriate slang term for their beefy danglers.

Todd Gurley says there will probably be a lockout in 2021 in this Bleacher Report article. Naturally, some dumb guy thought this wasn’t a totally inappropriate place to rant about kneeling for the anthem:

The protesters have repeatedly stated they are protesting against police violence towards minorities. So, thank goodness Kyle is here to “white-splain” what the protest is really about. Also, note that his argument depends on the assumption that the protests started when Trump was president, when they actually started when Obama was in office. Get your racist facts straight, come on.

Finally, I would like to present the worst hot takes from any article I have ever seen. This NFL.com article about Joe Flacco and Lamar Jackson brought crazies out of the woodwork like bugs during a forest fire. What would never survive a forest fire is the giant straw man in this post:

Literally no one in these comments had brought up either Lamar Jackson’s race or his Wonderlic score. Someone brings up that Dan Marino also did bad on the Wonderlic, and someone tries to say being like Marino is a bad thing:

Yes, no one wants their rookie QB to turn out like Hall of Famer Dan Marino, gosh! Then, while people are lecturing Dave about how amazing Dan Marino was, some other dumbass does a drive-by:

I’m going to give Marc the benefit of the doubt and assume by “most of that kind,” he meant, “mobile QBs,” because there’s a high correlation between that and animal mut- eh, I can’t do it. Dude’s a racist.

Them some old people randomly start talking about how they can throw a sports ball all the way over them thar hills:

That’s uh, that’s it. Some other person comes in and starts talking about how great Eli Manning is, but I don’t want to break your screens.

For more funny comments on NFL articles, check out these past Hot Takes from Crazy People:

One Comment on “Hot Takes from Crazy People: The All-Time Worst Comment Section for Any NFL Article, Ever”