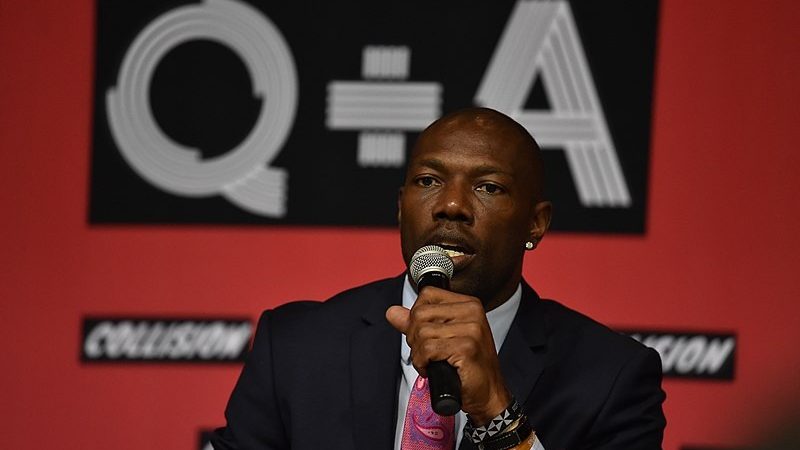 The NFL may be in its dark period, but that surprisingly doesn’t stop these people from leaving funny comments about the NFL that shed light on their own personal issues. It’s like when you take a heavy-duty spotlight and attempt to shine it into the darkness, only you accidentally point it at yourself and the resulting illumination finally makes you see that you are blind.

Foremost on everyone’s mind is the brewing  LeSean McCoy domestic abuse/child abuse/animal abuse/drug abuse scandal.  Popular Bills blog BuffaloRamblings.com had a comments section discussion that was refreshingly civil about the whole ordeal. Well, done, Buffalo! I was hesitant to include this at all, as whatever comment I pick would indicate a bias, which is improper at this point in the proceedings. Fortunately, poster “Flacco’s Elite Mustache” came to the rescue with a Hot Take that is as ridiculous as it is neutral:

Heavy stuff, man. Did the culprits, whoever they are, even think about the possible lunches that they were ruining? This esteemed comment makes me wonder: What if social media had existed throughout history?

I will monitor the status of this guy’s lunch and whether he was able to recover and enjoy his meal. Unlike Bobby Vore from the comments section of Gil Brandt’s top WR rankings, who doesn’t let anything ruin his lunch, not even reality:

Someone who almost definitely won’t be in the H.O.F. before Megatron is Cincinnati Bengals 7th Round QB pick Logan Woodside, who got busted for a DUI. But don’t worry, a CincyJungle commenter has the proverbial water that will warp our Woodside perspectives:

Uhh, Woodside made like a Bad Boy Records groupie and blew a .112. At his weight, that meant he had 6-7 drinks in his system. Next time somebody complains about the crooked banking industry I’m going to pull out the, “oh, oh, but what about that grape you once ate at the Supermarket?” card.

His name is Yodah, so maybe this is just an extremely poor impersonation? Still less stilted and forced than this opinion, from an NFL.com article about Reuben Foster’s suspension:

This wasn’t in response to any other funny comments. Still, “Tony” doesn’t win this week’s award for “most ridiculous anguish resulting from an utterly one-sided view that literally no one else cares about.” Yes that is a real award we give. No, you can’t see it (because it’s still at the trophy store getting engraved):

I have literally nothing against a female referee… UNLESS it’s this commenter, “Karen34,” from an SBNation article about Ryan Shazier’s recovery:

Karen34, I’m not sure if you changed your mind, or forgot you had already posted, or just utterly failed to sock-puppet correctly. Either way, your blaming the coaches is far less of a reach than that committed by this guy from an NFL.com article about Terrell Owens’ absence from the upcoming Hall-of-Fame induction ceremony:

Mmmm, yes, it is SO HARD to not be racist. But that’s true of bigotry, in general: For instance, I am now prejudiced against commenters with names that are some variation of “Derek.”

Finally, we close with a very special series of funny comments from a heated SBNation discussion about Jameis Winston’s suspension:

No, I did not accidentally pull this comment from an article about Carolina’s QB. Yes, this internet lawyer, for some reason, thinks that Jameis Winston is named “Cam.” No, calling the defendant by the wrong name is not a good legal strategy.

Note how, not only does he keep referring to Jameis Winston as “Cam,” he even goes so far as to list Cam Newton’s height and weight, rather than Winston’s. Finally, someone asks “why?”

Another fact is that I need to go pour beer directly into my eyeballs now.

For more funny comments and Hot Takes from Crazy People, click these links:

Hot Takes from Crazy People: Eagles-Rams Was Just Like the Last Jedi

Hot Takes from Crazy People: Females Are Empowered in the Workplace: Who Is the Victim, Here?

One Comment on “Hot Takes from Crazy People: Funny Comments from NFL Fans”