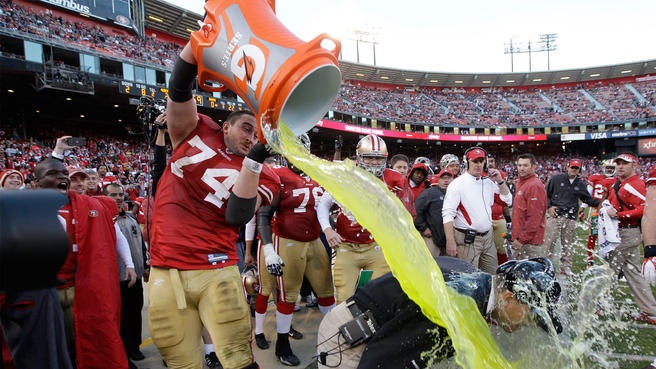 Though the NFL had a week devoid of any real upsets (for the second time this year), there are still eight fascinating facts about week 10:

1. The Saints had a staggering 298 rushing yards. Mark Ingram and Alvin Kamara both cleared the century mark for the game, which included a 24 play stretch where Sean Payton only called runs.

2. Dion Lewis became the first player since 1970 to notch two games with a touchdown by both kickoff return and rushing.

3. Jacoby Brissett has 4 touchdowns of 60+ yards on the season. Neither Peyton Manning nor Andrew Luck ever reached that mark with the Colts.

5.  Adrian Clayborn racked up six sacks on Dak Prescott, Sunday, one shy of the NFL record.

6. At 7-2, New Orleans has already won as many games as they did each of the last three seasons.

7. The 49ers took the lead for the first time since October 1st en route to their 31-21 win over the Giants. New York coach Ben McAdoo may become the first Giants head coach to get fired during a season since 1976.

8. The New England Patriots tied its own AFC record with its 12th straight win on the road. They will need to beat Oakland in Mexico city next week to set the new high mark for the conference. They still have a way to go for the NFL record, however: San Francisco won 18 straight between 1988-1990.

For more articles, we recommend clicking the hell out of these links:

Hot Takes from Crazy People: Josh Gordon’s Agent Values Him as a Person