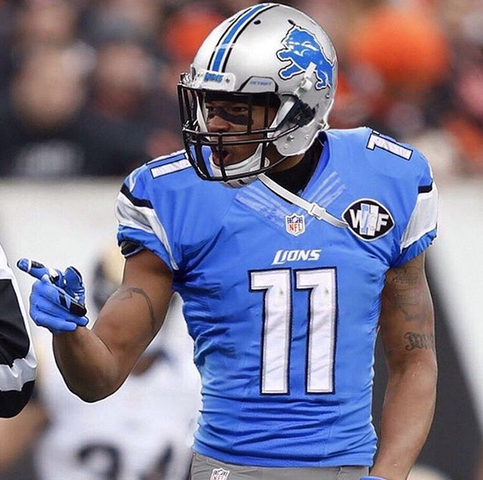 This week my co-worker, Jeff Krisko, suggested that sitting Marvin Jones Jr. is the smart fantasy football play.  While Jeff brings up some interesting points, he is also wrong.  If you are looking for a receiver with a great match up, you should definitely start Marvin Jones Jr.

First off, Jeff points out that Marvin Jones has a less than 50% catch rate, catching only six of thirteen targets.  With some context, two of those incompletions were deep passes, which are low percentage shots to begin with.  Another two were not caught because a cornerback was able to make a play on the pass.  While his catch rate is low, it is not something to be alarmed about.

While it is easy to convince yourself that you should bench him, don’t do it.  A closer look should let you know that you should start Marvin Jones Jr.  While he has underperformed this season, Marvin Jones Jr. leads all Detroit Lions skill position players in snap count.  He is on the field more than Golden Tate, who is arguably their best receiver.  From an opportunity standpoint, he is going to get his.  Just make sure he is getting his in the starting lineup.

Most importantly of all, Minnesota has given up the second most points to fantasy receivers. That alone should make Marvin Jones Jr. an exciting option.  But the Vikings have given up 228 yards and 2 touchdowns to the number two receiver of opposing teams, which means if you start Marvin Jones Jr, you are going to be in a better position to win your match up.

Jeff believes that Marvin Jones Jr. has been unplayable. There is no question that he has been disappointing, he has not been as bad as he is being made out to be.  He has touchdowns in two of the last three games.  He just happens to be in an offense where there are a lot of mouths to feed, which means there are going to be highs and lows throughout the season.  Sitting him might seem like the smarter option, but the winning move is to start Marvin Jones Jr.