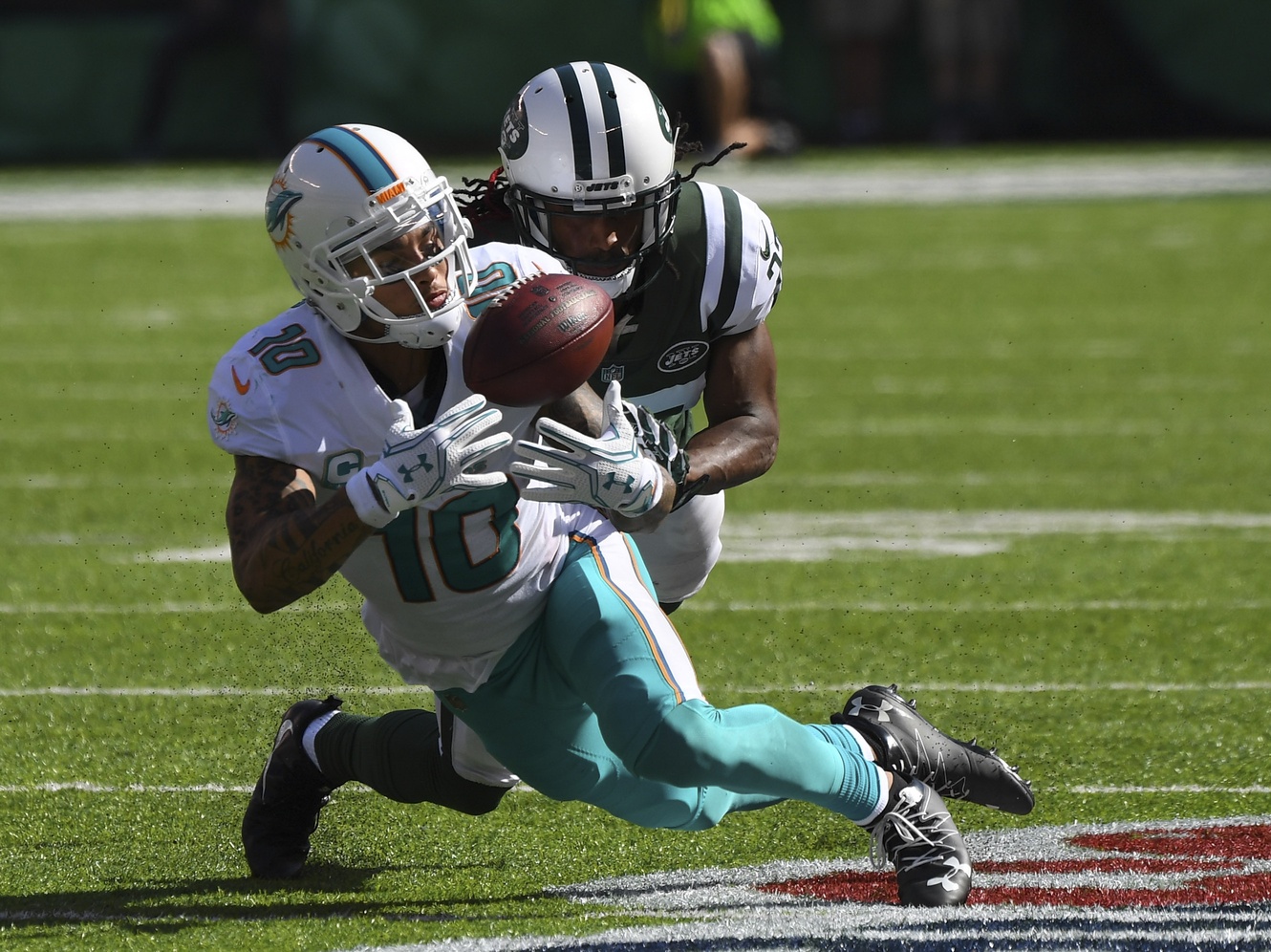 Kenny Stills versus New Orleans, in London (29% owned)
Stills has only 7.2 fantasy points per game this season, which isn’t exactly an inspiring play. The inspiring part of Stills’ production is fifteen targets in two games. The 7.5 targets per game is a clear third DeVante Parker and Jarvis Landry but are still extremely encouraging. Stills had nine TDs and 726 yards with just 81 targets (about five per game). If he can increase just that production by about 50% through increased targets, he is golden as a WR3. This week he takes on a New Orleans defense that yields the seventh-most fantasy points to wide receivers.

Paul Richardson versus Indianapolis (21% owned)
This play solely comes thanks to Doug Baldwin’s injured groin. Even if Baldwin plays, it’s likely he will not be his usual self, given the injury. There’s much debate between whether Richardson or Tyler Lockett will be the main beneficiary of a Richardson injury. To me, the consistent target volume puts Richardson over Lockett. Richardson has 5, 7 and 5 targets in the first three games. Lockett has nine, three and nine. If you need the home run to come back from behind, shoot for Lockett, knowing he might fail. For some useful and strong production, look toward Richardson.

Marquise Goodwin at Arizona (3% owned)
Goodwin has been mere feet from massive games twice already this season. The 49ers’ deep threat has at least five targets in each game this year, and they’re mostly bombs. Of all players with at least fifteen targets on the year, Goodwin’s aDOT (average depth of target) sits at lucky number thirteen. His aDOT is higher than burners like JJ Nelson and Tyler Lockett, which means only his hands hold him back from a big day. Brian Hoyer & Goodwin had a connection during training camp, and considering Patrick Peterson obliterates his opponents, and #2 wide receivers torture Justin Bethel (think Kenny Golladay week one and Brice Butler last week). Goodwin will only get you a couple catches, but that could mean 100 yards and a score. He may just be a name to remember when you’re looking for a cheap DFS option this weekend.