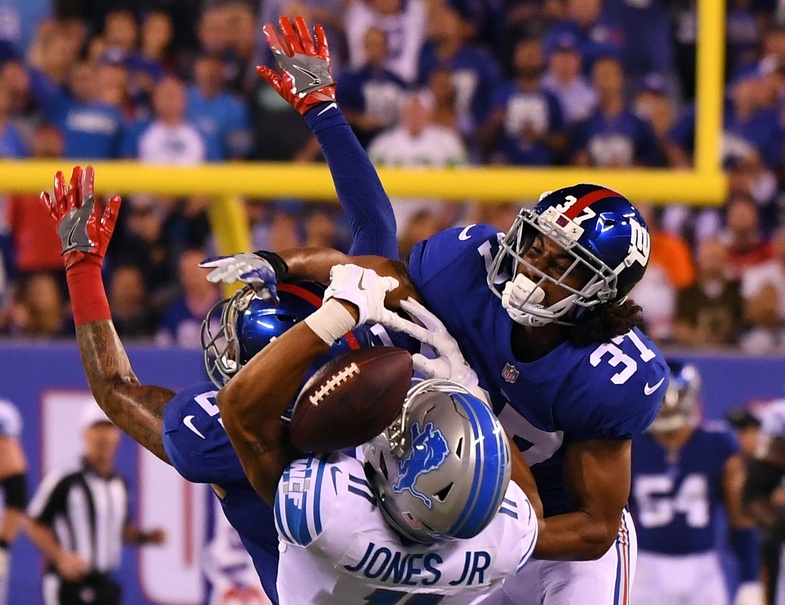 Heading into the season, Marvin Jones Jr. was in the spot-starter fantasy football third wide receiver mix. He had two of the most explosive games of 2016, and then Golden Tate retook the Lions’ WR1 role back. Throw in Anquan Boldin’s touchdown thievery and Jones had no way to produce. The idea going into 2017 would be a leveling between Tate’s targets and distributing Boldin’s touchdowns between the remaining pass options in Detroit. Unfortunately for Marvin Jones’ fantasy football owners, it has been anything but that this season. He’s been in a funk so far this season, but will Minnesota, who allows the second-most fantasy points to WRs on the season, help him break out?

First, let’s look at Jones’ season so far. Through three games, he has an uninspiring thirteen targets. Jones inspires even less confidence since he’s caught six of those thirteen targets. A sub-50% catch rate is something that can’t be overlooked. Unless—fake spoiler break goes here—you’re Dez Bryant and people want to act like it’s still 2014—okay, end fake spoiler break. MJJ’s 6.76 yards per target is wholly uninspiring, and his one catch game week two drags it down. Despite the Lions continued inability to have an unacceptable running game and a robust passing game, Matthew Stafford distributes the ball to producers. So far, Jones hasn’t proven himself a producer.

The matchup Sunday compounds the issue for Jones, as he’s likely to see Xavier Rhodes, who is one of the best corners in the NFL. Rhodes travels but does not shadow. More importantly for matchups, he doesn’t really go into the slot. That means the Lions play three wide and kick Golden Tate inside, sacrificing Jones to the Rhodes God. That’s a bad development for Jones, who now sits behind Golden Tate and Theo Riddick for reliable target volume.

Fantasy football drafters selected Marvin Jones to be a reliably glue wide receiver for their roster. Owners hoped he would provide solid, but unspectacular fantasy football production as a bye week fill-in or to even out for more erratic wide receivers. Unfortunately for those who drafted Jones, he’s been completely unusable this season. He’s extremely likely to get a heavy dose of one of the NFL’s best cornerbacks, which means things are unlikely to look up this week. Marvin Jones is unplayable in all formats and is a drop candidate in shallower leagues.

One Comment on “Fantasy Football: Start or Sit Marvin Jones in Week Four?”