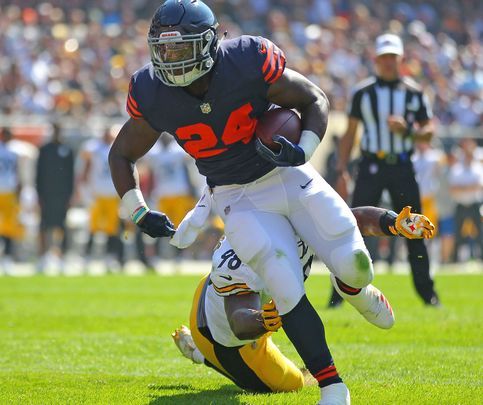 The last two weeks have been tough for fantasy football owners.  We all had to sit around and question whether we actually knew what we were doing when we drafted our teams.  (We didn’t.)  But in our week three recap, we get to relax just a little bit and realize that not every player we drafted in the first few rounds will be a colossal failure.  Just most of them. So let us look at which players allowed us to relax a little bit easier in our week three recap.

T.Y. Hilton owners were starting to wonder if the Luckless Colts were punishing them.  They believed in the talented T.Y. Hilton, but doubt started to creep in.  Week three of the NFL season went a long way in proving that T.Y. Hilton is not just dependent on Luck to be an outstanding player.  Catching 7 passes for 153 yards and 1 touchdown, Hilton helped his fantasy owners breathe a little easier.

Brandon Cooks was supposed to be the main beneficiary of the void filled by the ACL injury Julian Edelman suffered during the preseason.  But two weeks into the season, many fantasy football owners were wondering why they ever trusted Bill Belichick to not let them down.  After week 3, Cooks showed everyone why so many people had him as one of the top receivers going into this season, catching 5 passes for 131 yards and 2 touchdowns.

Jordan Howard ranked among our biggest fantasy disappointments in week two. In week three, Howard showed up in a big way.  His shoulder was visibly bothering him all game, but not as much as his 138 rushing yards and 2 touchdowns bothered the Steelers.  The Steelers stayed in their locker room during the national anthem.  If they had known what was waiting for them, they might never have come out.

DeMarco Murray and Derrick Henry are one of the most potent one-two combinations at the running back position.  Going into week three, Murray owners were in a panic that Derrick Henry had finally come of age.  To many, it looked like the days of DeMarco dominance had come to an end.  After rushing 14 times for 115 yards and totaling 2 touchdowns, DeMarco Murray owners can finally relax.

Odell Beckham, Jr. worried his owners that maybe his ankle wasn’t okay.  In week three, ODB laid to rest any doubt that he would decline and showed that he is still among the elite players at the wide receiver position.  Beckham had 9 catches for 79 yards and 2 touchdowns. One of his touchdowns was considered by NFL RedZone the number one touchdown of week three.  Something I never doubted.