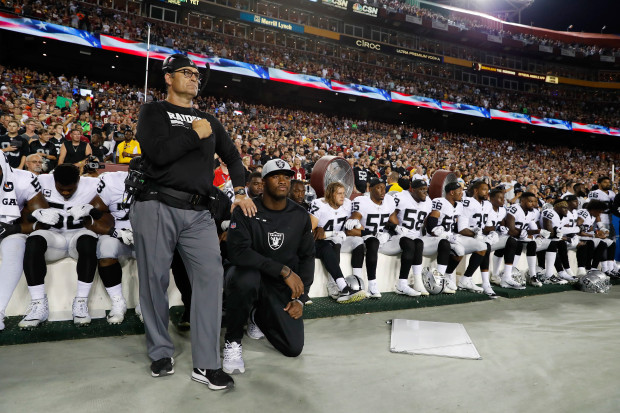 Fantasy Football week three has come and gone and with it any hope that the powerhouse team you drafted isn’t a steaming pile of poop.  Fantasy owners had many opportunities to question all their early draft picks in week three.  So let us sit back and examine how you have made every wrong decision a man can make.

Jay Ajayi missed the memo that last week was when all the top running backs from fantasy drafts were supposed to disappoint their owners.  Going into this weekend’s match-up, Jay Ajayi owners were licking their chops at a Jets team that was in full tank mode.  After rushing 11 times for 16 yards and 0 touchdowns, Ajayi owners found themselves licking their wounds.

Travis Kelce reminded us all why people hate rostering tight ends this past Sunday.  The mighty Zeus looked mortal on Sunday, catching only 1 pass for 1 yard.  Kelce has stated that he hates the nickname Baby Gronk, but in week three, he did his best Rob Gronkowski impersonation.  The only difference is that when Gronk doesn’t show up, he at least has the decency to be hurt.

Oakland had by far the most pathetic fantasy performance in week three.  It was so bad, I don’t even need to single out one player.  Derek Carr led the charge into defeat by throwing for 118 yards, 1 touchdown and 2 interceptions.  Marshawn Lynch only had 6 carries for 18 yards.  Michael Crabtree and Amari Cooper combined for 2 catches for 13 yards.  They all failed so completely that if you combined all their fantasy points, the player you got would be cut.  Oakland took a knee before the game and never thought to get back up.