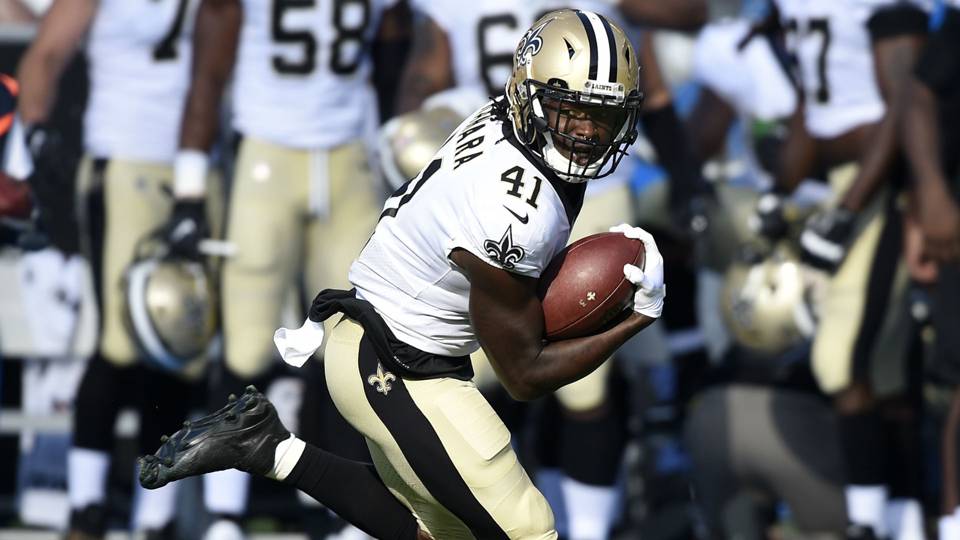 This week my co-worker, Jeff Krisko, suggested that starting Tarik Cohen is the smart fantasy football play.  While he makes some interesting points on why this is a good decision, we might want to slow down before we enshrine Cohen into Canton.

I’m a Bears fan and I am absolutely excited to see what Tarik Cohen can do, but he is going to be doing so from my bench.  There is way too much risk involved with starting him now.  His 113 all-purpose scrimmage yards on 13 looks is very impressive on paper and it was even more impressive if you saw it live, but it also isn’t sustainable.   Last year, Atlanta gave up the 8th more fantasy points to running backs in standard league and this season they appear to have started where they left off.

While Tampa Bay was only slightly better at stopping running backs last year, the addition of Chris Baker to their interior line should turn out to be a very key addition for a rising defensive team.  Gerald McCoy and Chris Baker could prove to be the best interior defensive line tandem by years end, and even if you get back them, you still have to deal with Lavonte David and Kwon Alexander.

Most important of all, Tarik Cohen isn’t even the starter!  He still has to contend with the number two rusher in the NFL from a season ago in Jordan Howard, who I am still very high on!

So while I love the long term prospects of Tarik Cohen, he is not the rookie running back that I would start in week two.  If you are looking for a running back with a very juicy matchup, look no further than Alvin Kamara of the New Orleans Saints.

While everyone was scouring the waiver wire for their shares of Tarik Cohen, Alvin Kamara was being overlooked.  While Kamara only had 38 combined yards against the Vikings in week one, context matters here.  Last season, the Vikings gave up the 8th fewest points in fantasy football to running backs in standard leagues and this defense certainly looks like they picked up where they left off.

The New England Patriots, however, do not appear to have carried over their defensive prowess from a year ago, giving up the most fantasy points to running backs to start off the year.  The losses of key defensive players look like they are starting to add up for the Patriots.  First, Chandler Jones was traded to the Arizona Cardinals.  Then they traded Jamie Collins to the Cleveland Browns.  With Rob Ninkovich retiring, it appears as if the defensive front seven of the New England Patriots has taken one too many hits.

While Alvin Kamara is unlikely to duplicate Kareem Hunt’s 246 all-purpose yard 3 touchdown performance, there is a very good chance that Kamara is gonna eat.  Against the Vikings, Kamara saw 50% of the offensive snaps, more than Ingram’s 42% and Peterson’s paltry 15% snap count.  Kamara is also the best receiving back on the roster, which is where Hunt did the majority of his damage.

So if you want to start a high-upside rookie running back this week, you have a couple of choice. You can start Tarik Cohen against a defense that is clearly on the rise and who has to compete for touches with one of the best young running backs in the NFL.  Or you can make the smart play, and start Alvin Kamara against a New England defense that is just giving points away.  The choice is yours.

One Comment on “Fantasy Football Absurdity Check: Should You Really Start Tarik Cohen In Week Two?”