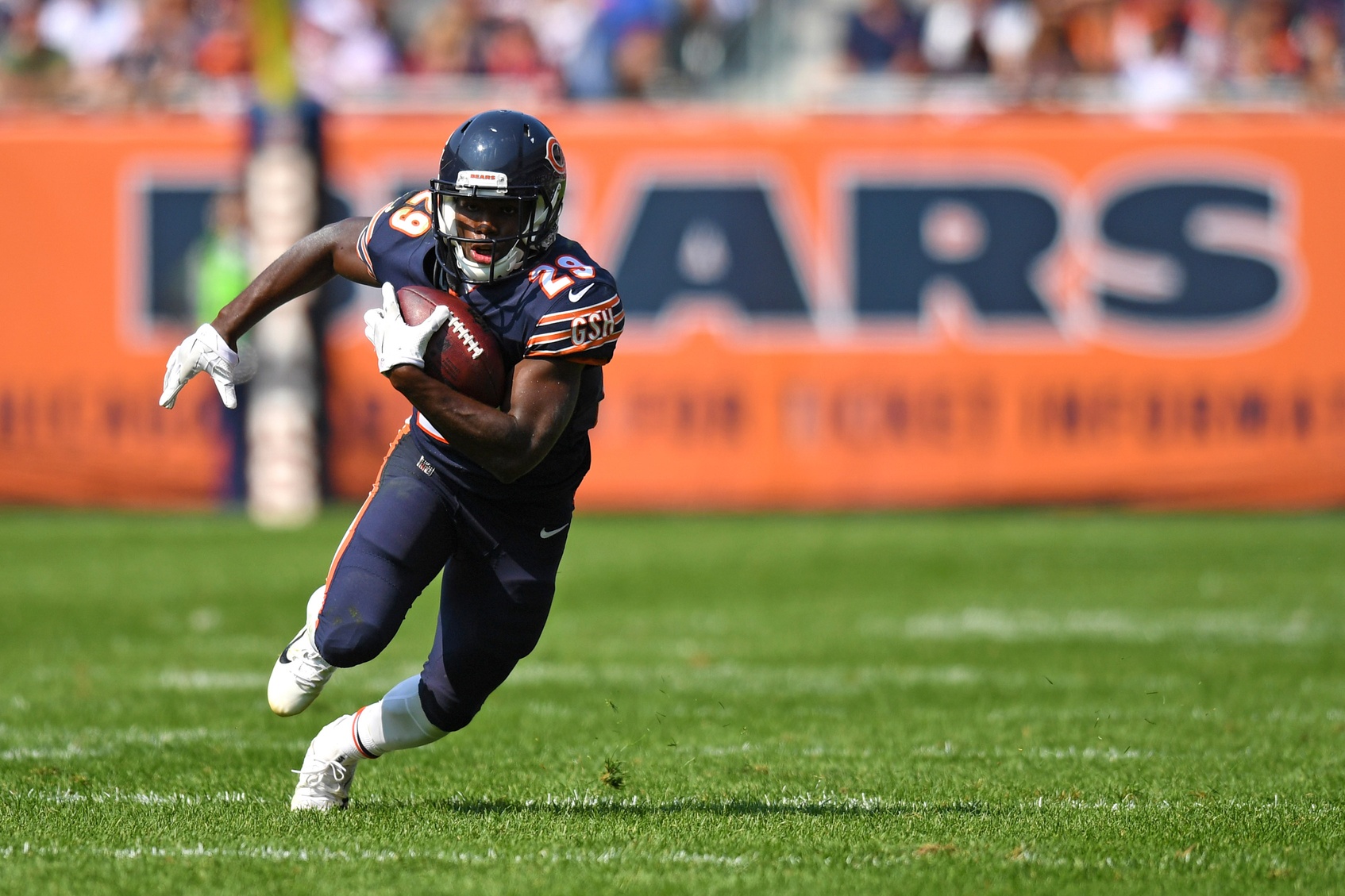 There wasn’t a more out-of-nowhere sensation in week one than the Bears’ rookie running back Tarik Cohen. While Kareem Hunt and Mike Gillislee scored more points, they were at least considered startable and not a decent upside back to own in case the bell cow goes down. Much ink was spilled and millions of FAAB dollars spent over the Mighty Mouse after his week one breakout.

And why not? He had 113 yards from scrimmage as he tore up the defending champions. He had only five carries but was targeted a staggering twelve times in week one. That’s not too surprising, as the Bears are quickly running out of actual wide receivers. Cam Meredith and Kevin White are both on the IR, so the wide receiving corps is Kendall Wright, Markus Wheaton, and Deonte Thompson. Cohen is extremely talented and may legitimately be the best pass catcher on the team right now.

What does that mean for this weekend as the Bears take on Tampa Bay in the Bucs’ season opener and return to Tampa Bay following Hurricane Irene? Since they haven’t even played a down this year, we have only last year’s statistics to judge their proficiency at potentially stopping Tarik Cohen. There hasn’t been a defensive overhaul in Tampa Bay, so this feels like a fair thing to do.

Cohen’s role is important here as a pass catching back. Usually, these backs are getting at least five targets per game in addition to whatever rushing responsibilities fall to them. Last season six running backs had at least five carries against Tampa Bay (Tevin Coleman, David Johnson, Shaun Draughn, Latavius Murray and Melvin Gordon). Combined these backs averaged 11.1 fantasy points per game in standard scoring, so they struggled. Taking that further, only Jeremy Langford scored fewer than seven fantasy points against them. Given what we’ve seen from Langford and Cohen in their careers, it’s safe to put Cohen closer to the rest of them than Langford.

It’s not often you swipe someone up off the waiver wire in week one and immediately plant them into your lineup, but that’s something I would do this week, especially if I have a flex spot. The Bears are bereft of pass catchers and Cohen might be a better wide receiver than any of the WRs left on their roster. While he will split time with Jordan Howard, their production shouldn’t be mutually exclusive, he should still play great while he’s in there. His long-term viability this season is questionable. Very few players at 5’6” and under 180 pounds can stand up to a full-time pounding. If he has another great game, which he should, see what you can get for him. This week he’s an RB2 or a home run flex, and should be started unless you’re lucky enough to have two stud running backs… he may just be joining their ranks soon.