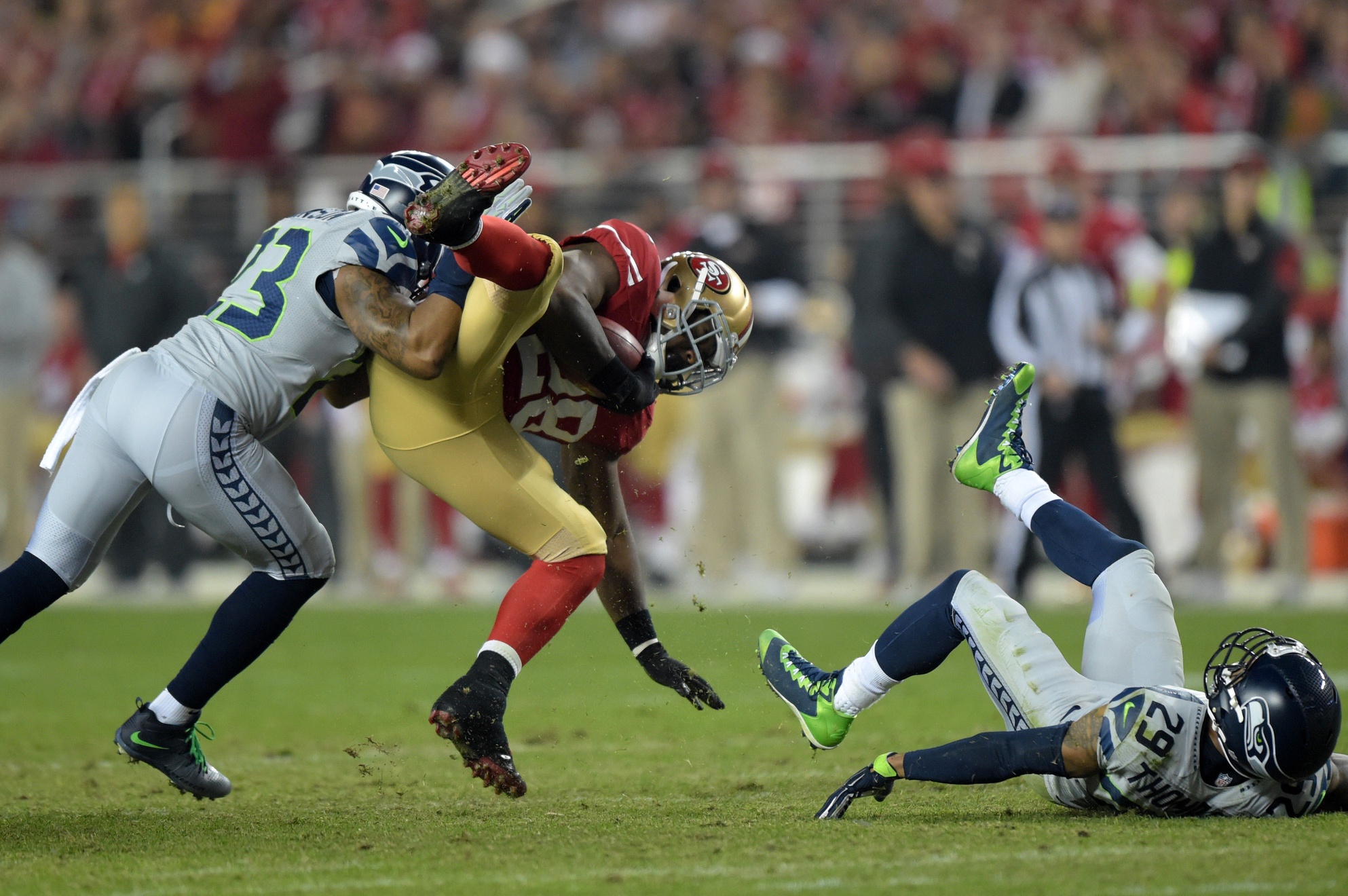 Carlos Hyde seems to be one of the more polarizing running backs in fantasy football circles, as people seemingly can’t figure out if he should be any good at all. He’s extremely talented, but seemingly fragile (though I contend that is fallacious). The 49ers also have a scheme that supposedly doesn’t fit his running style, but he was doing just fine when he wasn’t getting crushed at the line of scrimmage week one. This week the 49ers travel to Seattle, where the Baalke-run 49ers traditionally have been crushed. The last time they won in Seattle, the league was just learning about an up-and-coming linebacker named NaVorro Bowman and Jim Harbaugh was a hotshot upstart rookie coach earning his twelfth career coaching win. Have they done enough to overturn the roster to at least make Carlos Hyde a good option?

Do you want the short answer or the long answer? The short answer is no. The medium answer is no, what are you, crazy? The long answer is that unfortunately for the 49ers, their greatest weakness matches up one-to-one with the Seahawks’ greatest strength. The 49ers and Seahawks both made additions along the lines late in the preseason. The 49ers made a trade for OG bust Laken Tomlinson and the Seahawks bolstered their already league-breaking defensive line with All-Pro level talent in Sheldon Richardson. There’s no way around it, the 49ers offensive line is downright terrible between the tackles. Zane Beadles was literally the worst offensive lineman in the NFL last week, earning a 23.1 grade (of 100) on Pro Football Focus. Right Guard Brandon Fusco and Center Daniel Kilgore were also dreadful, “earning” a 41 and 50.8, respectively.

The Seahawks already showed that their revamped defensive line can handle bottling a top-fifteen running back as they kept Ty Montgomery in check. Despite the Packers defeating the Seahawks 17-9, Montgomery never really got off the ground. He had nineteen carries but managed just 54 yards on those carries. Four caught balls for 39 yards saved his fantasy day. Hyde’s catches should also buoy Hyde, but Kyle Juszczyk will end up with a portion of those passes.

While Hyde is an extremely talented back, he is facing an uphill climb towards production in week two. The 49ers offense was a mess week one and they haven’t had a halfway decent regular season game since Jim Harbaugh’s first season in the league (four coaches and six seasons ago). The 49ers’ offensive line is a mess and Seattle’s new-look defensive line is ramping up to potentially be an all-timer. The Seahawks will bottle up Hyde and limit his upside. Leaving him on the bench is your best bet to avoid frustration this week.