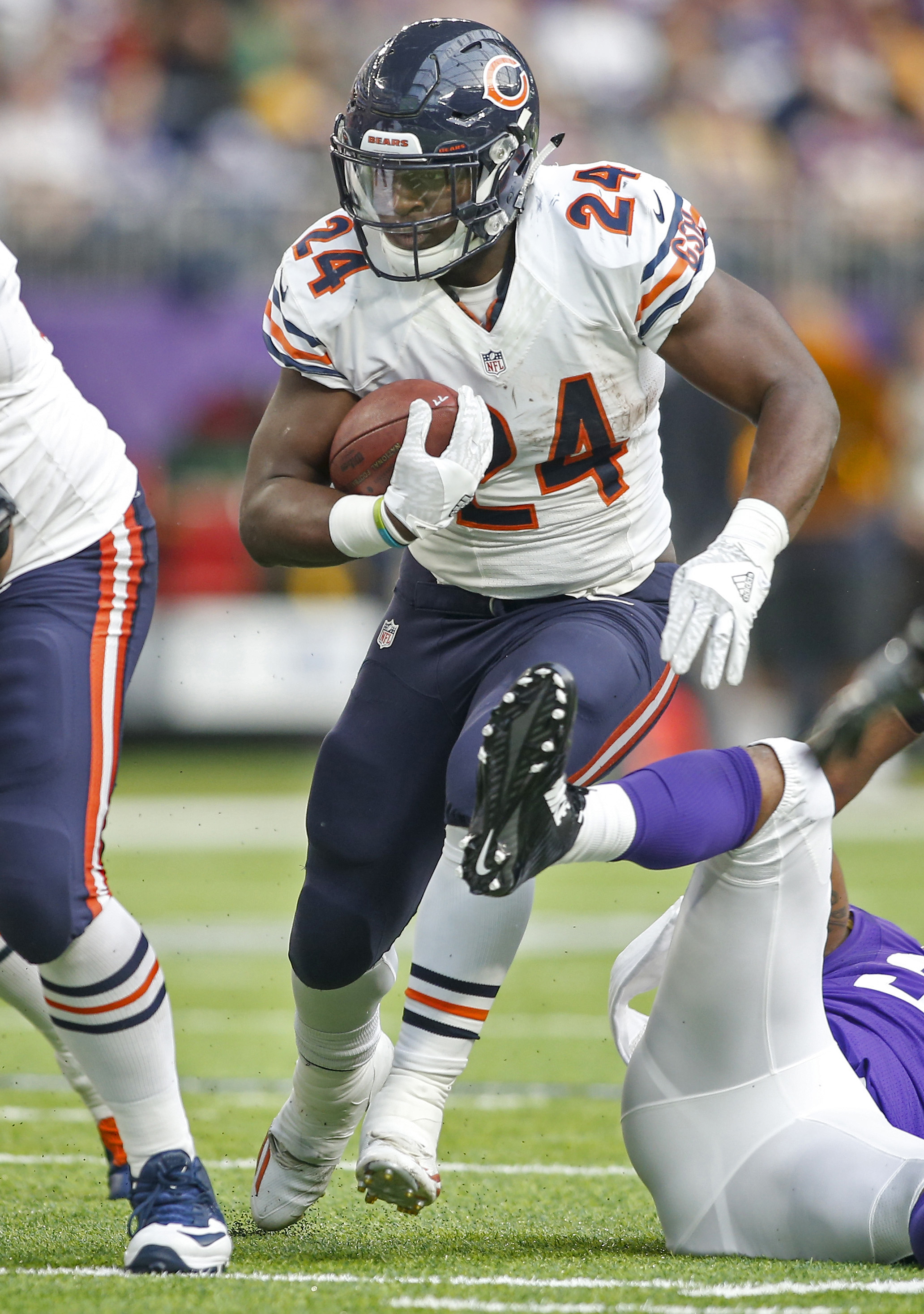 For all of Zeke’s hype, Jordan Howard had a higher YPC than Zeke did behind a decidedly worse offensive line.  And that is with defenses keying in on Jordan Howard because Brian Hoyer and Matt Barkley don’t scare NFL defenses.  The only people Hoyer and Barkley scare when they are playing quarterback are the fans of those teams.

The difference between Howard and his counterparts is staggering.  When you are drafting a running back in the first two rounds, more than anything you want consistency.  In 2016, Jordan Howard was a model of consistency with 7 +100 yard games.  He also had an additional 4 games where he broke 75 yards.  Of the first round running backs, only Demarco Murray rushed for over 75 yards in more than half the games played.

Even more impressive, Jordan Howard was only held to under 50 yards TWICE since he became the starter.  Which means last season, if you had Jordan Howard in your starting lineup, he was the most likely of this group of running backs to have a big game AND he was the least likely to have a poor one.

When looking at Ajayi’s numbers compared to Howard’s, they appear relatively similar.  However, a closer look shows that while Ajayi averaged 4.9 Y/C during the season, those splits are deceiving.  In the four games Ajayi rushed for over 100 yards, he had and impressive 735 yards.  He averaged an astonished 184 yards per game and 6.9 Y/C.  You probably won those games, but I hope you weren’t counting on him in his other eight starts.  There, he only rushed for 420 yards.  He averaged 52.5 yards per game and a paltry 3.6 Y/C.  Ajayi was the definition of feast or famine.

While Gordon and Ajayi aren’t in the same league as Howard, there is no denying Devonte Freeman and DeMarco Murray absolutely below in the same conversation.  While Freeman might not get the yards on the ground, there are very few receiving backs that are his equal.  And he has $41 million from Atlanta to show they also believe it.  When it comes to DeMarco Murray, he has proven repeatedly that he can produce at a high level.  But there are two reasons that you should consider taking Howard over both of them.  Derrick Henry and Tevin Coleman.  Both Murray and Freeman have two extremely talented back up’s that have proven they are going to get a share of the load.  When Jordan Howard took over the starting job last season, he dominated the running game workload, because nobody else was as good at it as he is.

4 Comments on “Fantasy Football: Is Jordan Howard underrated in 2017?”