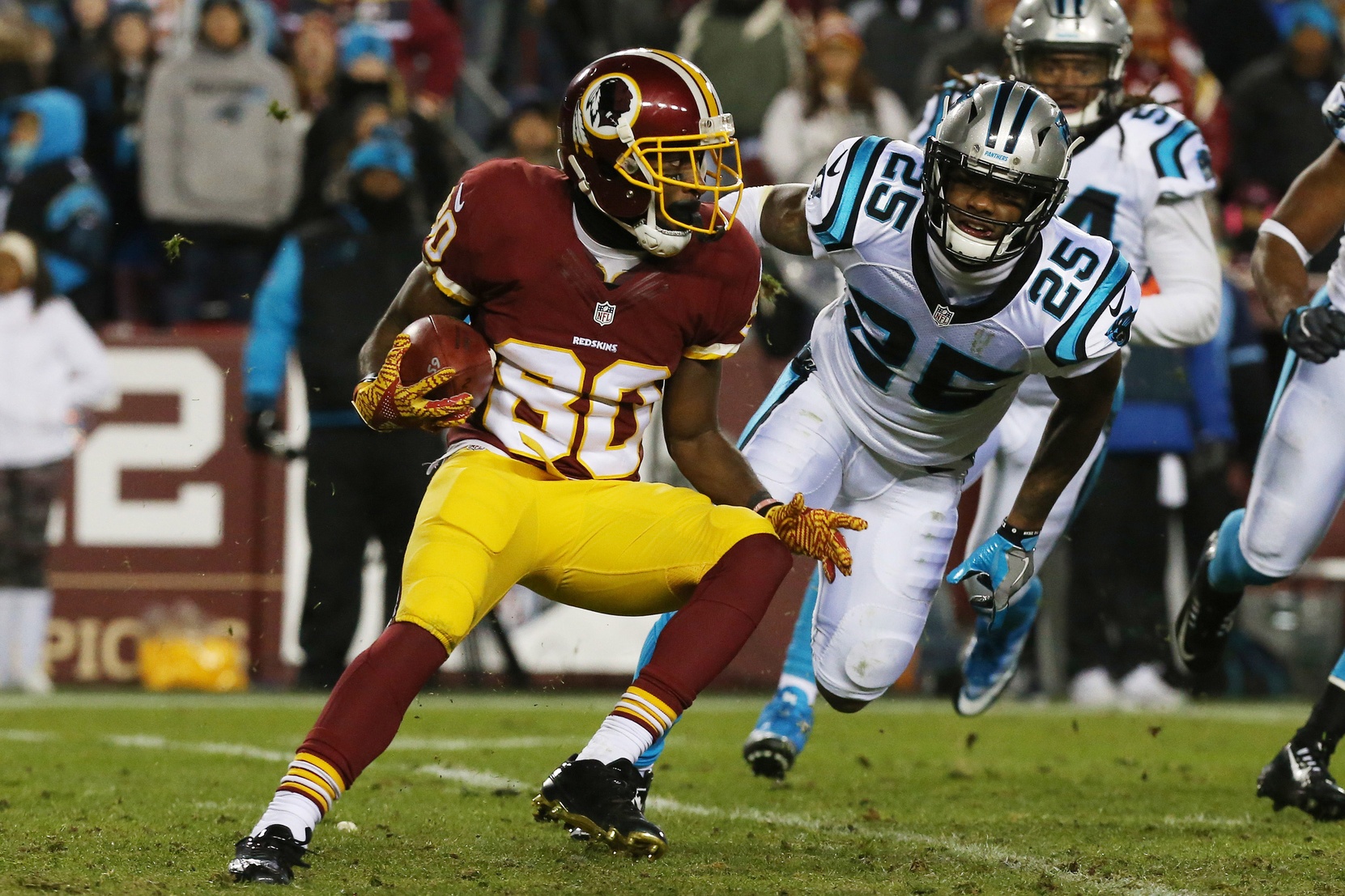 Last year Crowder turned 99 targets into 67 receptions for 847 yards with seven touchdowns. He stumbled down the stretch last season, going for just 122 yards in his last five games. Before that, however, he was on a 1,055-yard pace with nine touchdowns on 111 targets. New 49er Pierre Garcon had 114 targets for Washington, and if you map that target volume onto Crowder, 1,000 yards and nine scores isn’t that crazy. Crowder emerged last season as Kirk Cousin’s favorite target, and it’s easy to see why. The speedy receiver has great routes and catches most things sent his way. Should the Washington offense keep clicking, it will be because of Crowder. He has been a monster since Kirk Cousins started looking his way, and there’s no reason for him to stop looking towards Crowder.

However, Crowder was the thirtieth wide receiver off the board, going in the sixth round. Unless you play in three wide receiver leagues, that puts him in the rotational WR2 or flex discussion, rather than a set-or-forget starter. Current reports have Crowder as questionable for this weekend’s matchup against Philly with a hip issue, but reports out of Washington today are that he was a little banged up, but “had no idea” that Washington would list him as injured. His injury is not a concern, for me. This week Crowder takes on the Philadelphia Eagles, but is that a matchup you can exploit?

In two games against the Eagles last year, Crowder had a decent flex game (52 yards and a score on four targets) and a bad flex game (37 yards on five targets), so mining the matchup is out of the question. It’s of note, however, that the Eagles now have Ronald Darby, though he’s likely to match up against #1 wide receiver Terrelle Pryor. That is nearly all the Eagles did to improve their starting defense this offseason, a defense that was dreadful against opposing wide receivers last season.

Crowder enters the season with a bigger anticipation of a breakout than a thirteen-year-old’s face, and he should get his season off to a huge start. There’s plenty to like about him, including his situation and his opponent. He’s an easy WR3 for me and a start at flex for me. These become even more solid plays in PPR, as he should be a target monster in week one.

One Comment on “Fantasy Football: Start or Sit Jamison Crowder Week One?”