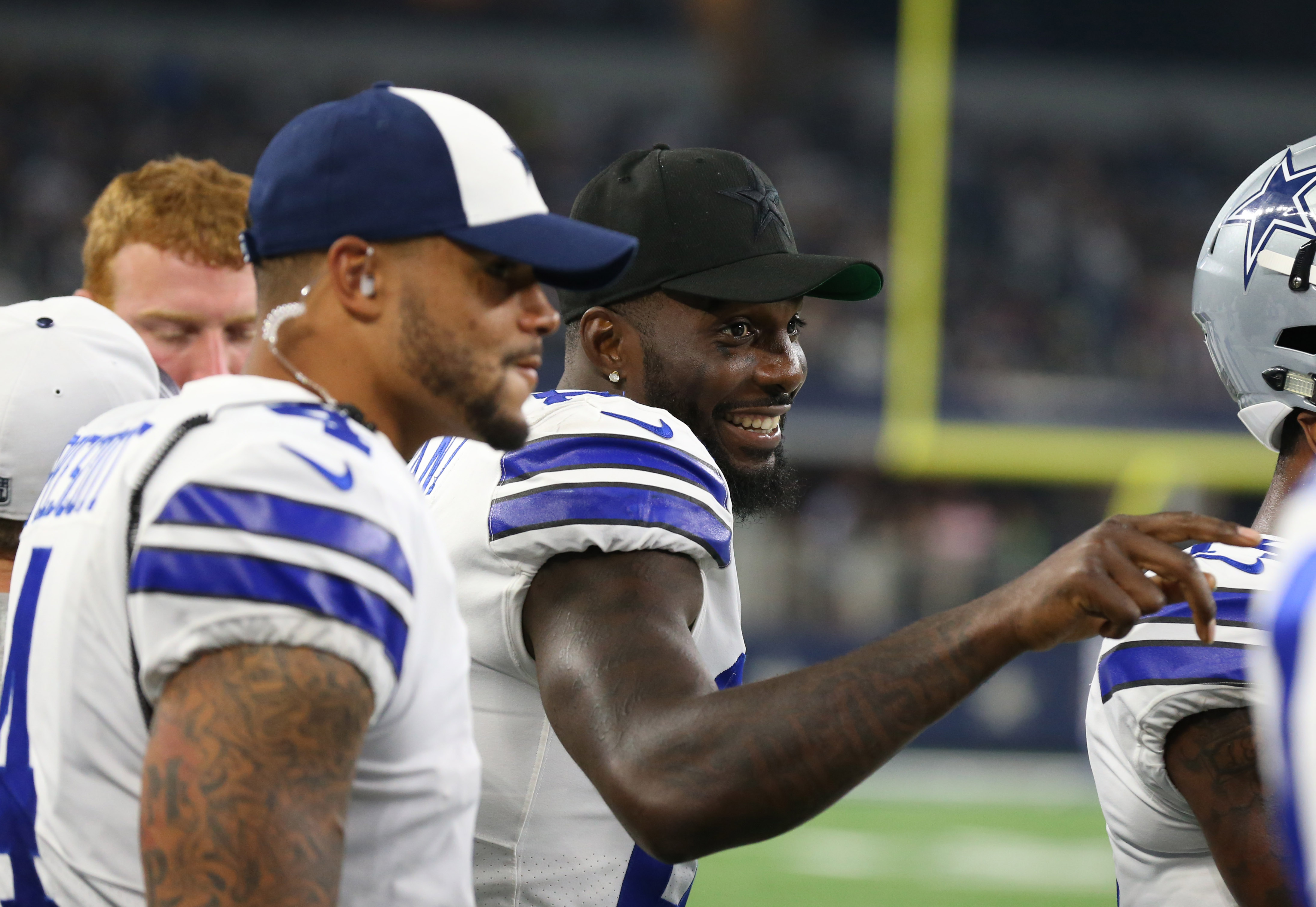 There are some people who would have you believe that Dez Bryant is fool’s gold in the form of an NFL receiver.  Heck, our own Jeff Krisko just wrote a libelous article on that very subject yesterday, stopping just short of asking Dez if his mom was a prostitute.  I will not sit idly by while the reputation of Mr. Desmond Demond Bryant is being dragged through the mud.  A couple of season of injury and inconsistency at quarterback have dropped Dez Bryant’s overall ADP, but at his current value, Dez Bryant has the potential to be a very valuable fantasy football commodity this season.

First, there is no denying that ten missed games over the past two seasons is very concerning.  You know what else is concerning?  Carnie’s.  But they are only really a concern when they are around and there is no reason to believe we will see carnie’s or Dez Bryant hurt this football season.  Trying to predict injuries in a game where grown men wear armor and hit each other is an exercise in futility.  I will admit to worrying about players who sustain the same type of injury multiple times, but Dez Bryant’s injuries all appear random, so there is no reason to believe he is more likely to be hurt than any other player.  DeMarco Murray was considered an “injury prone” player up until the time he wasn’t.

Second, Jeff cited Scott Barrett of Pro Football Focus to point out that Dez Bryant has a harder time scoring points against good cornerbacks.  You know who else struggles against good cornerbacks?  Everybody!  Good players are harder to do well against than bad players.  I don’t need a chart to know that.   The real flaw is his logic is that he assumes that the top 25 CBs from 2016 will be top 25 CBs in 2017.   What history has truly shown us is nothing is more inconsistent year to year than defensive play.

A more interesting statistic that was just posted on Pro Football Focus by Dan Clasgens is an evaluation of the most and least consistent fantasy football wide receivers over the last three years.  They graded the top 36 PFF wide receivers and determined who were the most consistent over that span, scoring more points than average points in a given week.  Dez Bryant ranked 7th in consistency on a per week basis, above the likes of AJ Green, Mike Evans and TY Hilton, right behind Michael Thomas.  And the argument could be made that Michael Thomas doesn’t really have the sample size yet to be sure of his reliability.

So yeah, Dez Bryant is a bad play if Matt Cassel is throwing him the football.  That is because Matt Cassel is bad, not Dez!  If Landry Jones sees significant playing time this year, are we suddenly going to believe Antonio Brown is bad?  And I know you might be thinking a 52% catch rate from Dak Prescott isn’t exactly comforting.  What should be comforting is that Dak is now another year into his offense and from 2011 to 2014, Dez caught 336 pass on 536 targets for a 63% catch rate, which are elite numbers.

You win fantasy football leagues by maximizing your value.  Dez Bryant has the potential to be an elite receiver with a good quarterback, which he appears to have.  Moreover, with the suspension of Ezekiel Elliott, and a defense riddled with injuries and suspensions, there is a good chance the Cowboys will have to lean heavily on Dez Bryant early on in the season.

So when Dez Bryant slips to you in the back of the second round or even all the way to the third, will you make up reason why you should avoid him, or are you going to win your league?