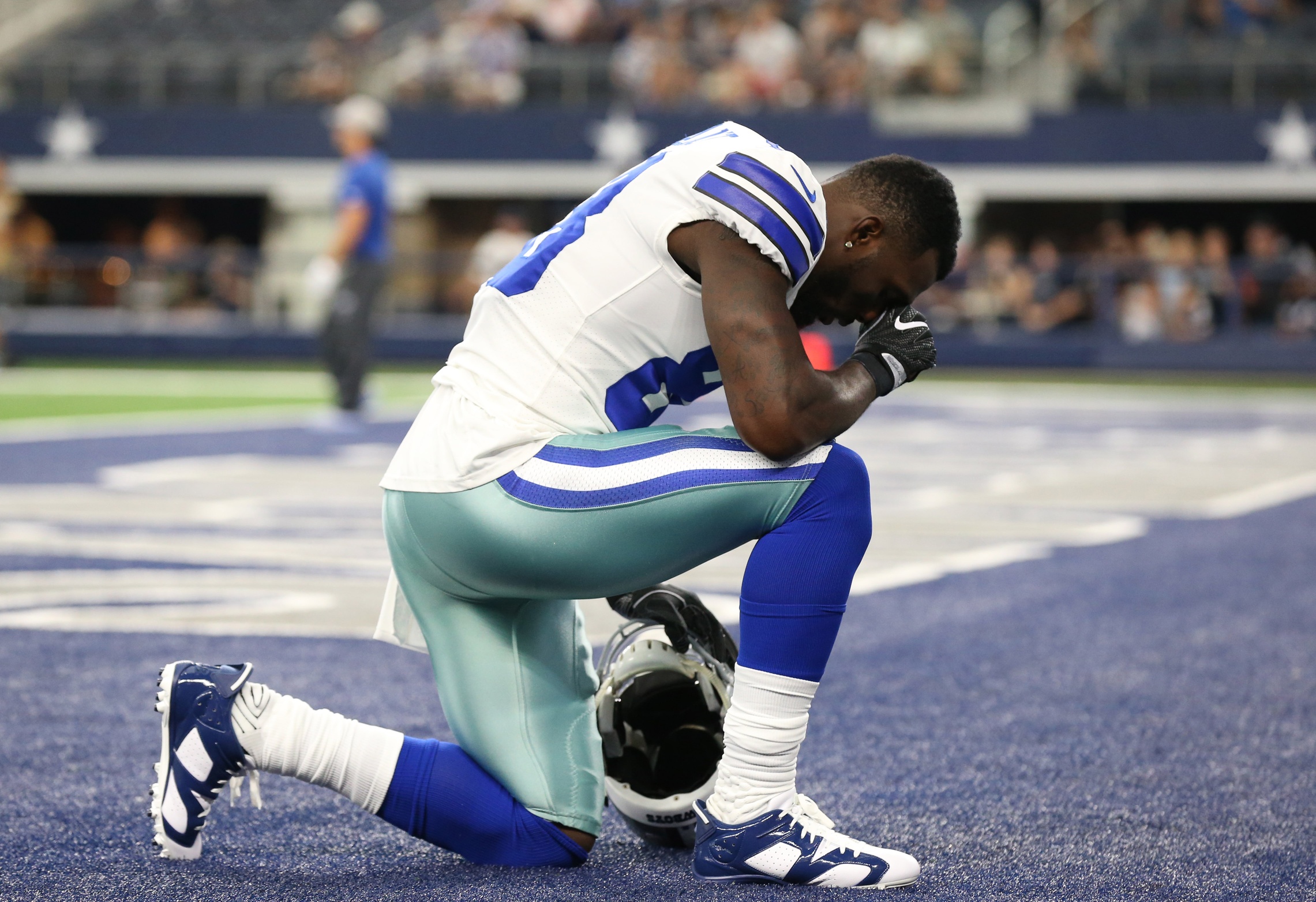 Few NFL players possess as much natural talent as Dez Bryant, but there have been few players so frustrating to own in fantasy football on a weekly basis over the last two seasons. Dez Bryant is currently going as the #8 wide receiver off the board in the middle of the second round, and his chance of returning that value is extremely low.

First, is Dez’s injury history; there’s a well-established fact in MLB circles that says that the best predictor of future injury is past injury. While NFL prognosticators are yet to embrace this stance, it doesn’t make it untrue. Bryant has missed ten games over the last two seasons. He also has ten injuries since 2010 that have cost him preseason snaps, regular season games, practices, or in the case of his broken index finger, it cost him effectiveness. While a lot of these injuries are considered fluky, a myriad of broken bones (foot, finger, leg, patella) indicates a reckless playing style that begets further injuries. While Dez is one of the most talented players in the league, his predilection for injuries (though he may play through them) means he cannot be trusted as a top-ten wide receiver.

Second, Scott Barrett of Pro Football Focus found that Dez Bryant is the most matchup-dependent top wide receiver in the league. He turned to a pile of mush against top-25 cornerbacks over the last three seasons.

On a per-target or per-route basis, Dez Bryant has been the most cornerback-sensitive wide receiver over the past three seasons. pic.twitter.com/RwiHBXy3Xc

Using Pro Football Focus’ 2016 grading, Dez plays against top-25 CBs every week except five, ten, and eleven (and week four he plays Lamarcus Joyner, who plays exclusively in the slot, so he doesn’t count). That means he’s automatically at the biggest disadvantage in fantasy football for thirteen-of-sixteen weeks.

The real problem with Dez’s issue with matchups crops up in the fantasy football playoffs. He plays Janoris Jenkins, who held him to two catches on fourteen targets last season (with one catch becoming a fumble) in week fourteen, David Amerson in week fifteen and Richard Sherman and the Legion of Boom in week sixteen. If you make it that far, you won’t feel comfortable starting who should have been a top-ten wide receiver in a single week of the fantasy playoffs.

Finally, Dez has been astonishingly inefficient over the last couple of seasons. While his quarterback play has been inconsistent, at a certain point you can’t keep heaping blame on Tony Romo, Brandon Weeden and Dak Prescott. The simple fact of the matter is that Dez has caught just 81 of 168 targets since the beginning of last season. Much of his productivity has been due to volume and red zone targets. Should either of those change, his recent ineffmeancy means that Dez is a candidate to be this year’s 2016 DeAndre Hopkins.

Dez is remarkably talented, but his fragility, inconsistency, and predilection for disappearing against top cornerbacks make him at his current ADP a hard pass.

One Comment on “Fantasy Football: Is Dez Bryant destined to be a 2017 bust?”