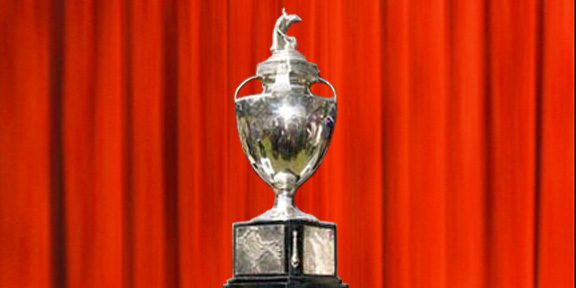 My favorite and most competitive fantasy football league is in our 17th year. We all meet in person in Lake Tahoe, CA. Last year, a few days before the auction, one member said he needed to duck into his hotel room to take care of something. I don’t know what exactly he did in there, but he did not sleep for the next three days. This includes the day of the auction, when he staggered up to the table with eyes that were surprisingly alert, if extremely red.

The point is, success in fantasy football auctions doesn’t require the cerebral processing power of Deep Blue. Unlike a draft, you won’t have to decide between probably meaningless 14th round picks A, B, and C.

Of course, I’m not trying to say that a fantasy football auction is easier than a snake draft. It isn’t. It just requires a much more concise game plan. 10 steps, in fact. Keep in mind out league has a strict tequila shot penalty for any procedural errors, so it’s not like this is rocket science, people.

Although this is first, it’s not really the most important tip. I just listed it at the beginning because it’s SO. INCREDIBLY. ANNOYING to see this tip in like half of the “auction advice” articles out there. Seriously, more auction guides than not assert this is actually a viable strategy, and NOT the dumbest thing imaginable.

Their logic goes like this:
Kickers and Defenses should never go for more than $1. So, when you nominate one early, one of two things happens:

A. You get your kicker/defense for a $1
B. Someone else overbids by a dollar for a kicker defense.

Let’s examine each scenario. In A. you got a kicker/defense. GREAT JOB, you’ve achieved the fantasy football equivalent of ordering fast food onion rings and finding that an extra fry got slipped in there. SCORE!

In B. you managed to shake out $1 from a collective pool of ~$2,400. Not only is that pathetic, you took that $1 from someone who is silly enough to bid $2 on a K/D. Not exactly likely to be your main competition.

Meanwhile, more savvy owners are wisely using their nominations to put up top skill position players they don’t want, taking dozens of dollars out of the collective pool and filling up people’s teams. Don’t nominate kickers and defenses until the end!

Back when auctions were newer, and people didn’t know how poor of a strategy this is, I’ve seen people use 8 rounds of nominations just putting up kickers. Yes, for some reason these kickers all went for $2 (and, yes, every $2 kicker bidder was forced to take a shot of tequila). That’s like the jackpot most effective this strategy could ever be, yet it just took $8 out of the pot at the cost of half of all your nominations. That owner could have been nominating quarterbacks, and filled most of the quarterback slots in their league, leaving a remaining top 10 QB to fall to them for an incredible value.

2. Don’t Nominate Players You Want Early, before the Market is Set

Another popular tip thrown out in other auction guides. Hey this sometimes works. It’s not without some truth: Sometimes early players go for a bit less than others in the same tier that are nominated later. However, most of the time, it doesn’t work, so doing this is a gamble. You know what’s never a gamble? Nominating guys you don’t like to suck money from the pool and fill up rosters. PLUS, odds are good that a player you like will get nominated early by some other team, so you get the best of both worlds.

I wanted to see how volume affected this, so I did it for two dozen straight auctions: Nominated my favorite player as soon as I got the chance. It worked 1/4 of the time. More importantly, it put me in the agonizing choice the 3/4 of the time it didn’t work: The player got up to market value. Do I bid on, or do I assume that the price is driven up because at least one other owner wanted him as much as I did? I don’t know, the market hasn’t been set for this player! I had a petite mal seizure from indecision, and by the time I woke up, draft sheets shoved in my mouth by other owners so I wouldn’t bite my tongue, all of the other players in that tier had gone.

3. Don’t Study Past Results in Your League

“Know your league” is often recommended. On the surface, it makes sense: Humans are creatures of habit, so you have to expect that the trends from previous auctions will apply this year, right?

Not really. Remember that ~60% of the people at the auction table did not make the playoffs last year. Those people are most likely going to seek out a new strategy. This radically shifts the directions an auction will take. Hey, the opposite is true, too: I often get a “Super Bowl Hangover” when I win the auction championship, because I decide to follow the exact same strategy, next year, with disastrous results. One year I won my fantasy football league by picking second year running backs who broke out. The next year I grabbed second year running backs. Great right? Except my breakouts during the title run were Jamaal Charles and LeSean McCoy. My second year RBs the next year? LeGarrette Blount and I-don’t-remember-who-else-except-in-my-nightmares.

I rarely find auctions have anything similar about them from year to year, especially ones where the number of teams has changed. Which brings me to my next point:

4. Know the Number of People in Your League

There is a HUGE difference between 10 team fantasy football leagues and 14 team leagues. In ten team leagues, you can be sure to get some top 12 players, then round it out with any of the many value picks which will come later. In fourteen team leagues, you have to be a lot more discerning on both ends: Try to find top players whose values aren’t as overinflated as others. Hold on tight to spotting bargains later in the auction, they won’t be as common nor as pronounced and it’s easy to miss them in the later stages.

This is not the place to try to wait on value. Just get the guys with whom you are in love, and make up the difference later. Last year I was sold on DeMarco Murray and Mike Evans. But another owner bid $5 more than market for them so I chickened out. I ended up with Keenan Allen and the guy with Murray and Evans finished first in the standings. I could have easily afforded to go higher, even $10 higher for those guys, and adjusted to recoup my losses in later rounds. This is where setting a budget comes in to play, and speaking of which…

Here’s how you want to set up your sheet of paper on Auction Day:

Notice how everything adds up to my total budget ($200), and I have several potential players at each price point. As I pick players, I adjust the totals based on how far off my cost estimate they were. So if Freeman goes for $55 because he was the last guy in my tier so I bid him up, I have to find $5 somewhere else. Or if I get Michael Thomas for $35 instead of my estimate of $40, I can bid up another guy by $5 or maybe even go for even higher.

If you can juggle it, feel free to set up several sample budgets on the same page, based on the different kinds of teams you’d be thrilled to get. Don’t be like me, however: In 2013 I went in with 15 different sample budgets. Within three rounds, I had picked players that didn’t fit any of them.

Why is it so hard to believe an accountant? Because they dissolve trusts

7. Don’t Trust Auction Articles (Besides This One)

Look, I want to make sure I tread lightly, here. I love other fantasy football sites. I devour pieces and podcasts like Cookie Monster devours diabetes medication, and they are great. But auctions take hours to complete, and a fantasy pundit devoted to player valuations and snake drafts usually doesn’t have a lot of time left over for auctions.

That’s why I’m consistently seeing pieces of advice that might work sometimes, but aren’t reliable. A busy full-time fantasy writer gets in 2-3 auctions, finds something that worked, and extrapolates this. You deserve better. You deserve someone so obsessed with auctions that they do 1-2 per day, every day. You deserve someone who delivers advice based on mountains of data. You deserve me. Feel free to hide your disappointment.

8. Don’t Bid More on a Guy than You Are Willing to Pay for Him

Before every auction, I repeat to myself, “other people are going to get some steals. That’s okay,” until I can say it without crying. Easily, the most common scenario I see that ruins someone’s fantasy football auction team goes like this: A person bids big to get two players they love. Then a third player who is great goes for a deal, so this person jumps in and grabs them. Now they have barely any money left, and have to scrounge around for $1 players to fill out 80% of their team. If this is your strategy (it’s called “stars and scrubs), fine: You do you. But I like to spend 50% of my budget on two great guys then round out my team with solid value and high floor players. That means I need to get over that surging urge to go on tilt because somebody else got a great guy for a good bargain.

It also means I resist the urge to “bid up” guys. If I have no budget room for a player, even at a bargain, I don’t play role police. The risk is too great, I could easily botch up my overall budget strategy, just to knock a guy up a few bucks. Not worth it, don’t do it.

For some reason, I sometimes see “advice” that says there’s an advantage to jumping by $2 or even $5 during a heated back-and-forth. Don’t do this, there’s no reason, and it tips your hat to the person bidding against you that you really want the guy, leaving the door wide open for them to bid you up.

Naturally, there are two sort-of exceptions to this one. If there’s a big-money player nominated, it’s fine to jump a bit. You don’t have to go “$1-$2-$3” for Le’Veon Bell, you can jump to $40 to speed things up.

Also, towards the end of the draft, look for a steal that can be had by nominating a guy for $2 or $3. This occurs when another owner might want the player, but can only afford a bid of $2-$5. Go ahead and open the nomination at that price, so you don’t have to beat their total score by $1. Saves you a buck at the end when the whole freaking player pool is a dollar store.

10. Overspend on Studs, Round It out with Value

Finally, the most important tip. Get 2, maybe 3 guys you really love, and save a hunk of change to get some well-rounded players for $5-$20 each. An appealing blend of both the Stars and Scrubs and the Value strategies, this hybrid is by far the top tier approach to fantasy football auctions, right now, and is simple enough to follow, even after several trips to the room to “take care of something.”