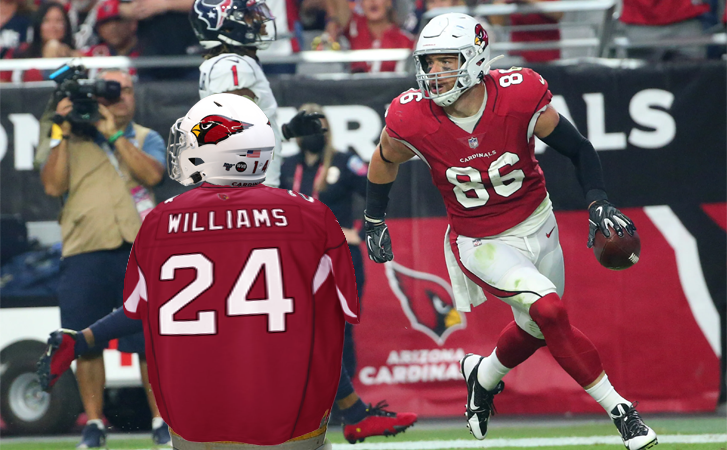 It’s that time of year once again! Football Absurdity will bring you a breakdown of every notable fantasy football-relevant player throughout June, July, and August. We continue with the running backs. Today, we take a look at a running back who went from being the RB2 on the Chiefs to the RB2 on the Cardinals. He’s insanely disrespected because he’s not a big name, but turned in a good season. Are we overlooking Darrel Williams in our 2022 redraft leagues? Is he worth a shot?

On a per-game basis, where would you guess Darrel Williams finished in 2021? Higher. I can already tell you he finished higher than you think. Nope, higher than that. He was RB26 per game in PPR last season, thanks to finishing with the fifth-most running back receiving yards, the ninth-most receptions, and the twelfth-most targets. Eight total touchdowns certainly didn’t hurt matters, either. He did this on a sub-50% snap share, which is big, because he moves from the Chiefs to the Cardinals, and he goes from contending with Clyde Edwards-Helaire to contending with James Conner.

So, what if Darrel Williams just steps into the Chase Edmonds role? He’s going at an insane value in fantasy drafts and is someone I want to get onto my fantasy football roster.

Darrel Williams Salary Cap Value: $0
Draft Ranking: Find out for your league settings in a Beersheet! (coming in early July)

As of writing this, Darrel Williams is essentially free. He’s drafted in 5% of fantasy leagues, and in the salary cap drafts where he’s drafted, he costs $1. No rounding there, if you are in the 5% of leagues where he’s drafted, and you throw him out for a buck, you get him for that. In snake drafts, he’s RB53, pick 167 overall. He’s not going in your standard-sized snake draft, either.

Darrel Williams seamlessly steps into the Chase Edmonds Role, and finishes inside the top-25 in running back fantasy points per game, just like Chase Edmonds did last year.

You waste a dollar, which can’t even buy you a candy bar these days! We used to be a proper country! Thanks, Joe Brandon! Sorry to get political, I just want my treats.