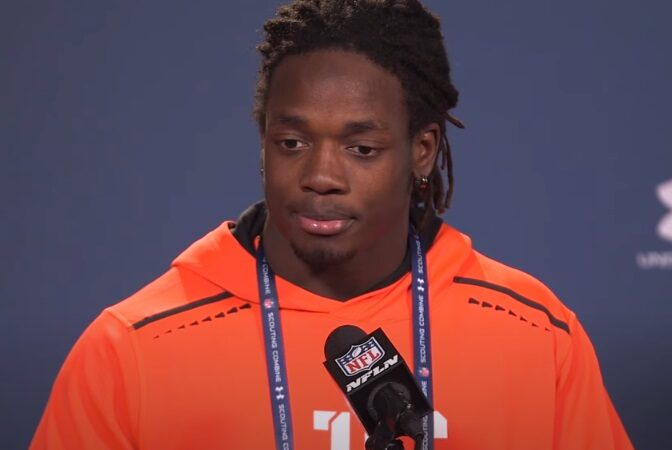 As we gear up to the start of the NFL season, Football Absurdity is going to bring you a comprehensive breakdown of every notable player that will be available in fantasy football drafts. Though he was RB13 in 2020, the addition of Javonte Williams to the backfield has cut the knees out from Melvin Gordon’s fantasy value. But, at what point does his freefall actually make him a good deal? Remember when he got a DUI charge back in October? Nobody does.

The good news is that Melvin Gordon has scored 9 or more touchdowns in each of his last 5 seasons. The bad news is the Broncos drafted a promising running back in the second round of this year’s draft. The frosh RB even has great hands, further cutting into the workload of a Gordon who had only 158 receiving yards last year. Seriously, he admitted he’d been drinking after being caught doing 71 MPH in a 35 zone. That wasn’t worth a one-game suspension or something?

However, much of the fantasy football community’s doubt has already baked into Gordon’s value. He is currently being drafted as the 29th running back, albeit in round 6.  Our main issue with him is fit. Broncos O.C. Pat Shurmur loves to do a blocking scheme that gives the RB the choice between bouncing to the edge or cutting upfield. That’s kind of Javonte’s specialty. He also has a frame made for blocking, but we can’t be sure he can adjust to the speed of NFL defenders.

Meanwhile, Gordon paid less than $500 in fines and court fees. This one time I accidentally hit a bump in the road at 5 mph over the speed limit, pushed my oil pan up into my engine, and totaled my car. I wasn’t even drinking. Meanwhile, Mr. Gordon here goes 36 MPH over on purpose and gets caught and has to pay pocket change. He should be forced to buy me a new car.

Melvin Gordon Auction Value: $4
Draft Ranking: Find out for your league settings in a Beersheet!

Gordon is a solid runner. But if he loses his job in the preseason, I wouldn’t be surprised. While the Broncos have traditionally leaned on their run game, they should ease the gas a little bit for Teddy Bridgewater to work in the talented Broncos wideouts and tight end. Also the police who arrested Gordon did not activate their body cams, so there’s a whole lot of shame for me to throw around. Anyway, my Melvin Gordon drinking story is I once got really drunk and traded Gordon, during his breakout year, for the soon-to-slump Kelvin Benjamin. Hey, Gordon was averaging like2 yards per carry!

You get Gordon cheap and the Broncos work in a two-headed monster situation or Javonte utterly underperforms. I stop blaming Melvin Gordon for all of the bad things that have happened to me in life. I guess he wasn’t responsible for my dad getting sat on by a dress-wearing elephant at the circus before Melvin Gordon was even born. Unless you believe in reincarnation.

You take your sixth-round pick or your $1-$24 (which is the range I’ve seen Gordon go for in all-human auctions), and light it on fire. Turns out Melvin Gordon was the reason for all my problems, and yet the realization does nothing to ease my suffering. Well, that’s my shift at the laugh factory, night all!