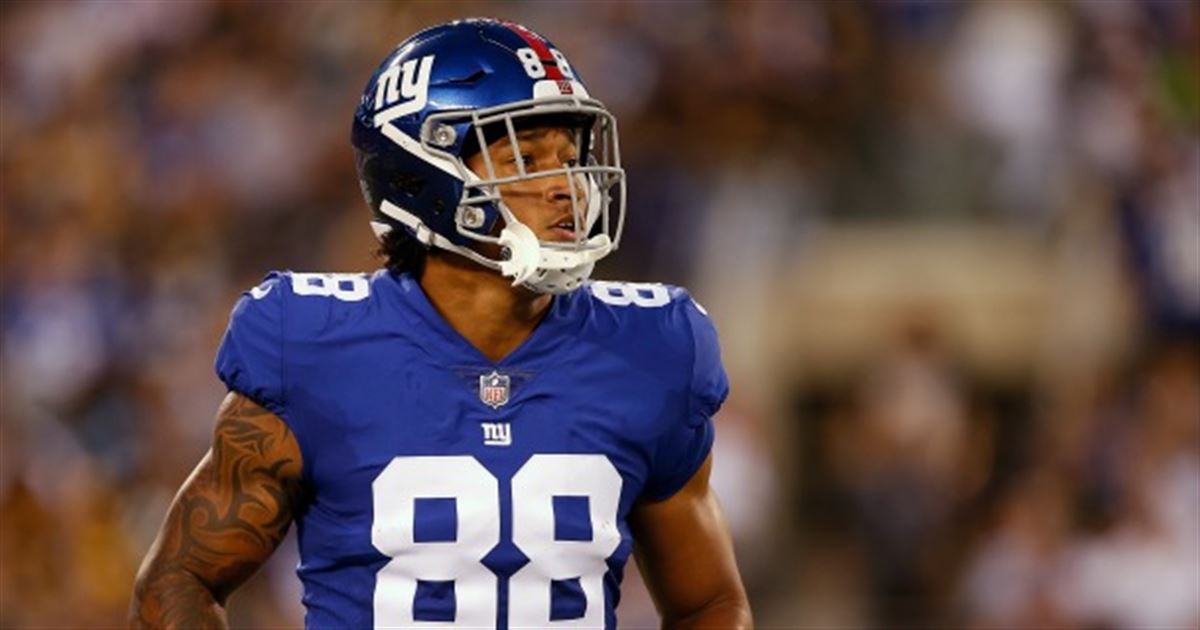 It’s week fifteen and now we’re playing for all the marbles. It’s do or die time. Win and you’re in. So you can’t afford any mistakes. Unfortunately for you, all tight ends are a mistake unless you’re named Travis Kelce. So let Football Absurdity muck around in the trash heap for you and find you a diamond in the rough. In order to find that, we gotta ask ourselves if you should start or sit Eric Ebron, Evan Engram, or Tyler Higbee.

For the first time in the Mike Tomlin era, the tight end position is becoming a focal point for the Pittsburgh Steelers offense. This is probably due to the fact that they haven’t had a tight end with the skill set Eric Ebron has since Tomlin’s been there. As a Chicago Bears fan, this is especially bitter because they decided to pay the older and incredibly less athletic Jimmy Graham more money.

Over the last four weeks, Eric Ebron is the ninth-rated tight end in fantasy football in PPR leagues. Also over that same stretch, Eric Ebron is second on the team in targets and yards, and third in receptions. The Steelers are making good use of Ebron and it shows.

So it is hard to overlook that Eric Ebron is facing the same defense that two weeks ago Mike Gesicki torched for 9 catches for 88 yards and 1 touchdown. The Cincinnati Bengals give up the third-most fantasy points and the most yards to opposing tights This is a complete no-brainer. You have to start Eric Ebron in week fifteen. Ebron has real top-five potential.

It has been a rough couple of weeks for Eric Ebron. With Daniel Jones being injured and Colt McCoy being Colt McCoy, The New York Giants offense took a major step back. What you might not know is that over the last four weeks, Evan Engram has led the New York Giants in targets, receptions, and yards. The only reason he isn’t leading the team in touchdowns over that stretch is because, during that stretch, the Giants have only scored ONE TOUCHDOWN!

The problem hasn’t necessarily been with Evan Engram, but the Giants’ offense as a whole. This is due to the fact that the New York Giants have had a couple of tough matchups the past two weeks. The Seattle Seahawks and the Arizona Cardinals are among the best at defending tight ends. The Cleveland Browns are not. They’ve given up the second-most fantasy points to opposing tight ends.

This feels like a Tyler Higbee game. Sean McVay loves to exploit weaknesses on opposing teams. And no team in the NFL is a bigger weakness than the New York Jets. Especially when it comes to defending the tight end.

That’s why Tyler Higbee feels like such a nice play in week fifteen. Against a defeated team, against it’s most exploitable weakness. Where the said team has to travel cross country to face a team that is in a playoff race. Not just a playoff race for the division, but for home-field advantage throughout the playoffs.

You can’t convince me that Sean McVay isn’t going to hammer the tight end position to give himself every advantage he can in such an important game. Tyler Higbee is exactly the kind of high-risk, high-reward guy I love in the playoffs when I look like I’m a huge underdog. Tyler Higbee is a guy who can win you games you shouldn’t win if he hits but kills you if he doesn’t. In match-ups where I think I am the underdog, I start Tyler Higbee.

Now that we have the players, we need to figure out how to rank them. This really depends on your needs in a must-win game. In one league, I specifically grabbed Tyler Higbee because I am playing the number one team and I don’t want to have to count on his players having a down week. But if you are not in that position, then guys like Eric Ebron and Evan Engram are much better options. Between the two of them, it really is a toss-up. They take up similar roles in their offenses and have equally bad match-ups. The big difference is I trust Ben Roethlisberger to have a good game more than I do Daniel Jones. So between Eric Ebron and Evan Engram, I lean slightly towards Ebron.

Running Back Sleeper List Fantasy Football Week 15: All Aboard the Gus Bus