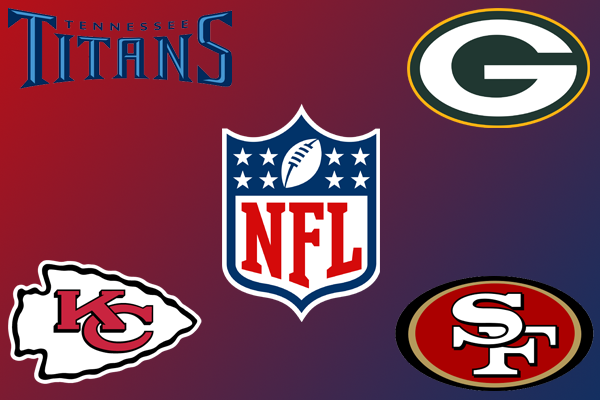 It’s time for the 2020 AFC and NFC Championship games, and we have all the favorites to be here (except Baltimore).

In fact, Tennessee’s monster playoff run has been chock full of weird stats. For example, Ryan Tannehill is averaging only 80 yards per game. In 1972, Roger Staubach and the Dallas Cowboys won the Super Bowl with a paltry 119 passing yards. But get this: He was Super Bowl MVP! Okay, now I’ve got to get to the bottom of this. After that, we can get to my dozen facts for this year’s championship games.

First, I’m taking a look at the 1972 NFC Championship, to see if Staubach’s Super Bowl performance was an aberration. Looks like the Cowboys relied on their monster defense to hold the 49ers to only 3 points, and Staubach only threw for 103 yards. But, he was his team’s leading rusher with 8 carries for 55 yards.

In the Super Bowl (VI), he only had 18 rushing yards, but he did throw for 2 touchdowns. Looks like the defense put on a dominating performance, but they spread around the big plays (including a 29-yard sack). Staubach became the first quarterback to play the entire Super Bowl and win, so that might have been a factor. According to Wikipedia, it is surmised that Dallas running back Duane Thomas would have won the award, but during the pre-Super Bowl Media Day he sat silently and refused to answer any questions. This explains why Marshawn Lynch didn’t win the MVP in that Super Bowl against New England, where he ran in the winning touchdown in the fourth quarter (Note: I live in an alternate universe).

On to the 2020 NFC and AFC Championship Game facts! 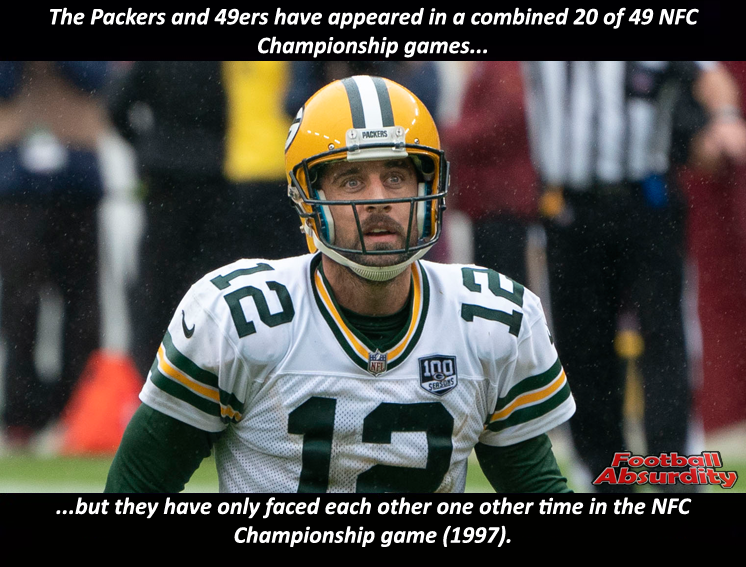 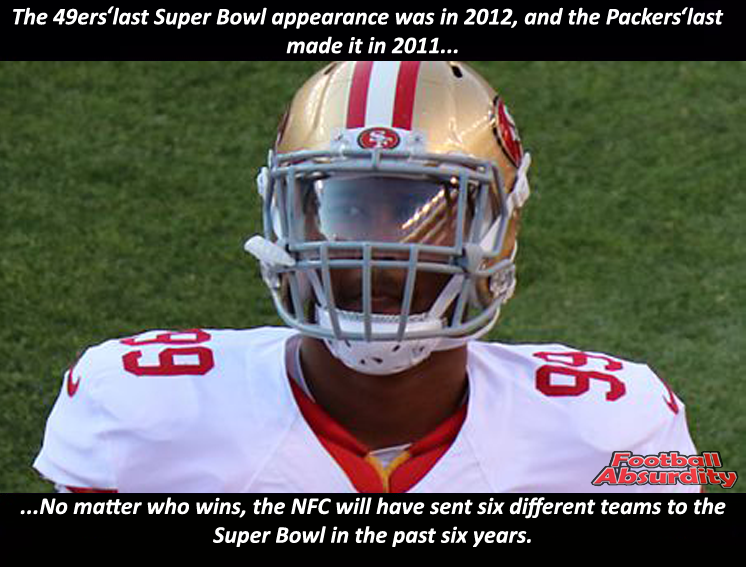 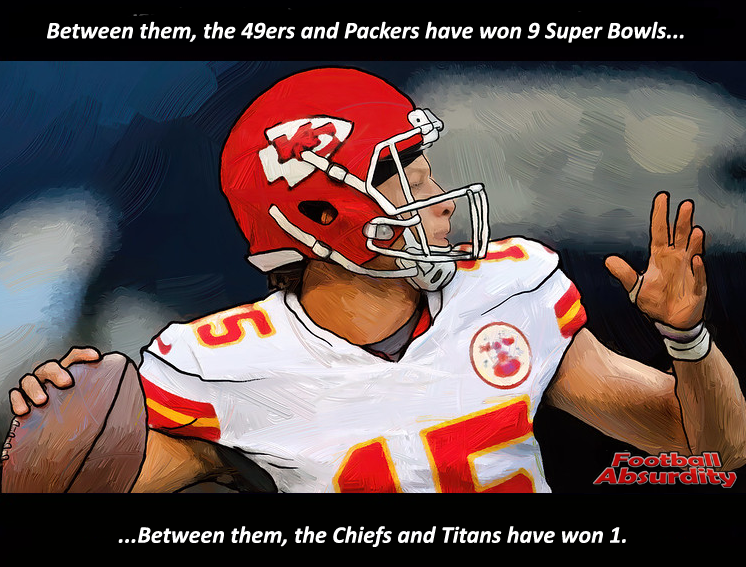 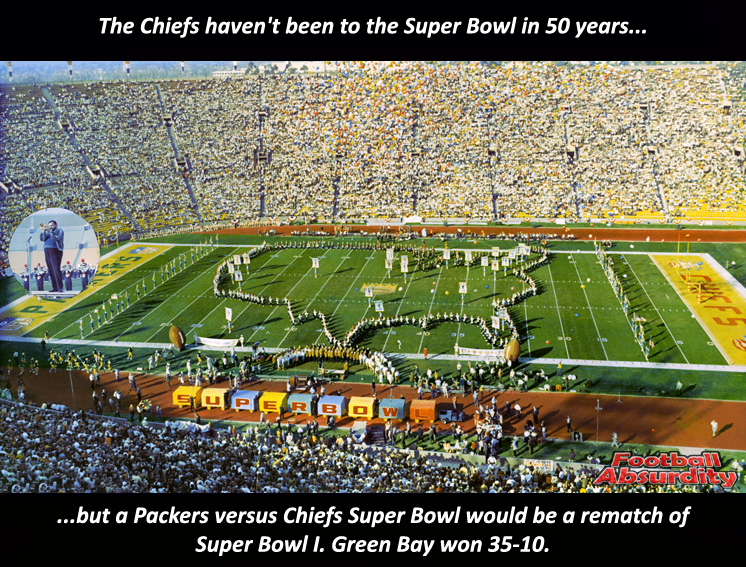 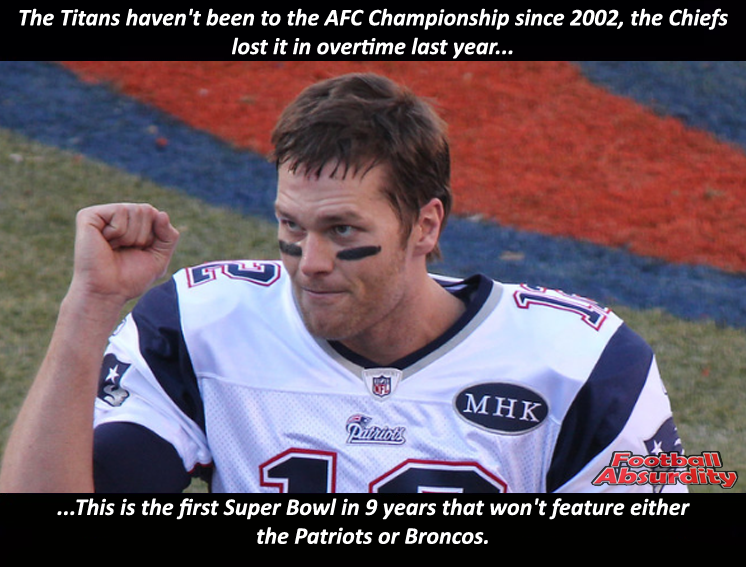 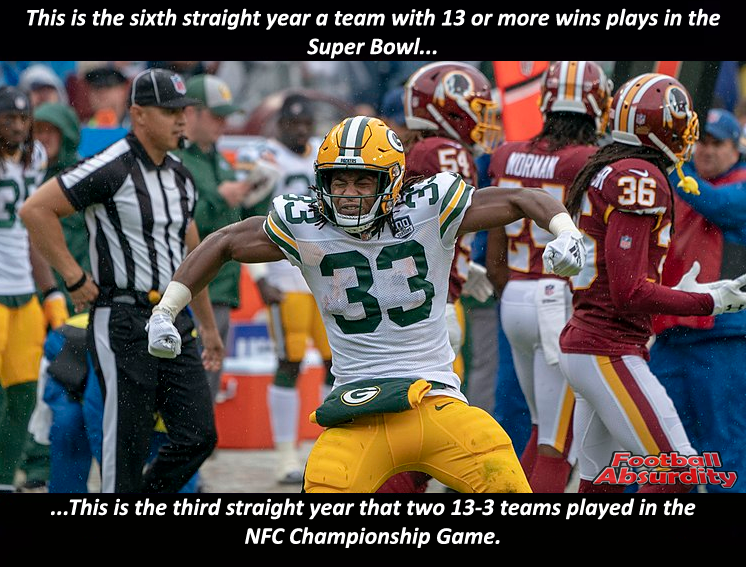 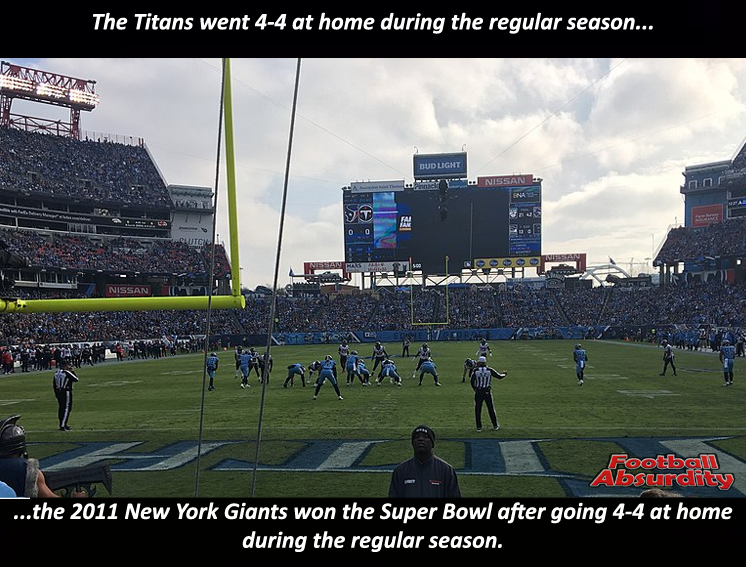 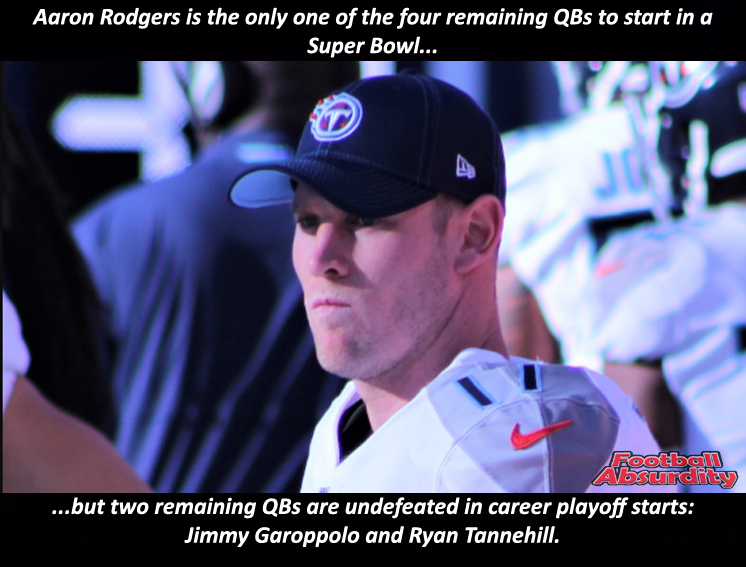 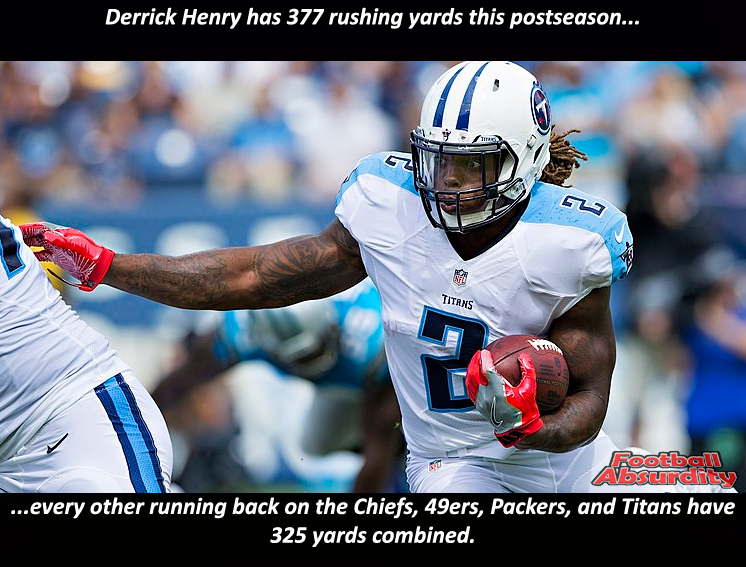 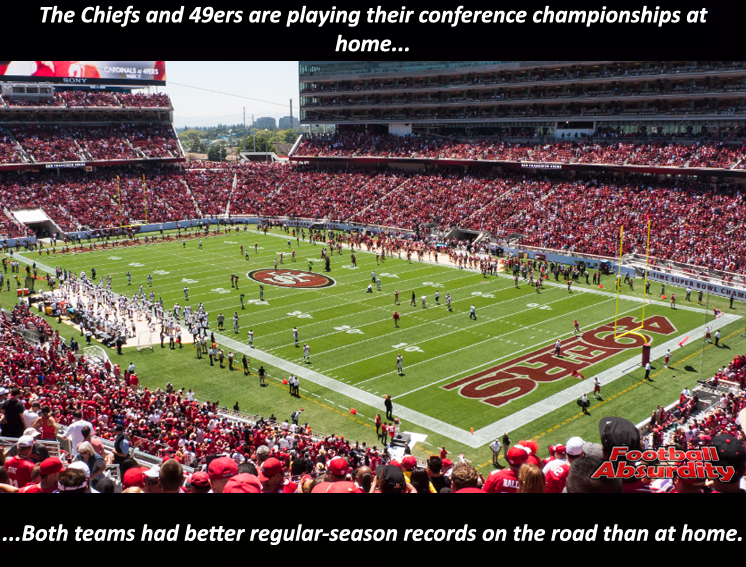 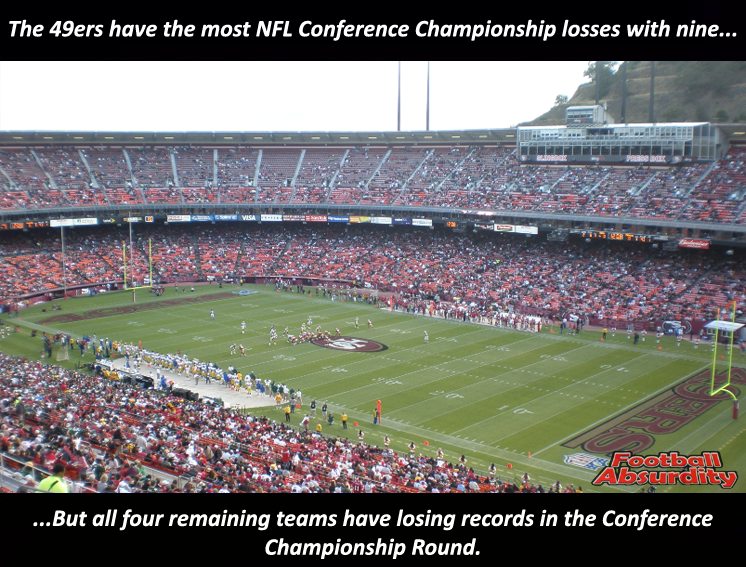 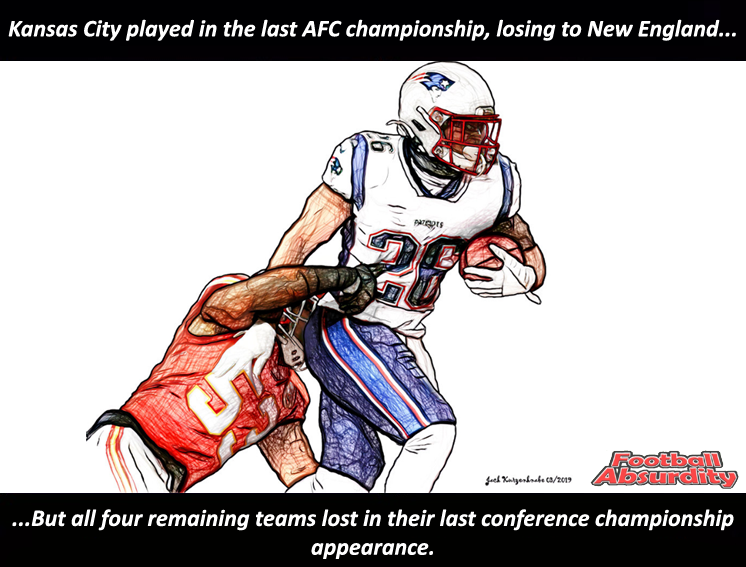 Football Absurdity Co-Founder Evan Hoovler has been nominated for FSWA’s fantasy football article of the year, and has a book about teaching with comedy called “Teaching with Comedy“ 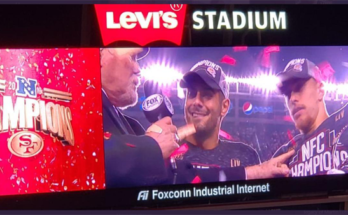 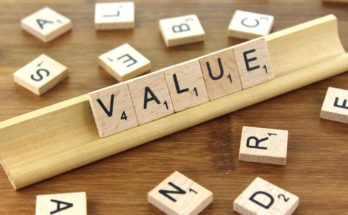 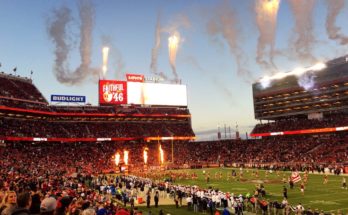