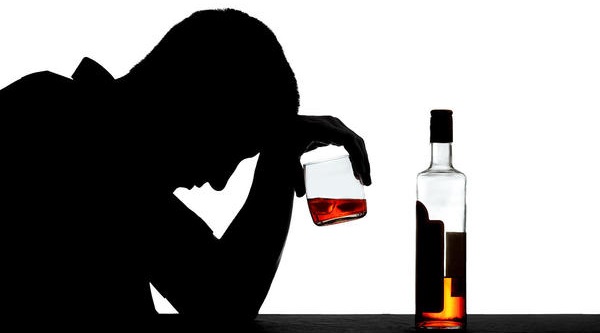 The Fantasy Football season is wrapping up. Some things were new, some were same old, same old. New Things: I’m in the playoffs in all but 1 of my leagues. A great personal achievement I will look back upon fondly when I am dying. Same Old Things: I am still a drunk who is in perpetual danger of missing a critical mortgage payment. I guess that’s not related to football, but on the other hand SCREW YOU! I’ve been poring over ESPN’s data on which players were on the most playoff-bound fantasy football teams, and damned if I didn’t learn ABSOLUTELY NOTHING for all my efforts. Take a look at these 5 losers who somehow “brought” their owners to the promised land over 50% of the time:

With all the purse-clutching we fantasy owners do about owning the right running backs, it is shocking that McKinnon is the FOURTH most-owned RB on fantasy football teams. 54.7% of ESPN leagues have a playoff team that has Jerrick McKinnon on their roster. Is 54.7% high? I don’t know, but if you’re in a league where more than 50% of the teams make the playoffs, you’re stupid. And, in the morning, I’ll be sober, but you’ll still be stupid. Owned!

McKinnon hasn’t topped 50 rushing yards since mid-October. Here are his HPPR numbers for the last four weeks:  5.7, 8.5, 5.9, 13.7. Somehow that greasy whore-show is getting people into the playoffs, I don’t even know. I guess it’s just people who were smart enough to grab McKinnon when he was a good start, and shrewd enough to stash an RB who is one injury away from flipping out.

I mean, naturally some kicker has to be atop the list of “most common kickers on playoff teams,” but the difference between Zuerlein and the next most common kicker is downright amazing. Zuerlein, a kicker that went undrafted in most leagues, was on a playoff team in 66% of ESPN leagues, by far the most common player. The second most popular kicker was almost 20% lower. It doesn’t matter how well you do in the draft, apparently, it’s all about randomly picking up a ninja kicker off the waiver wire. So, I guess, just draft 2-3 kickers and hope you get lucky. Damn, nothing makes any sense anymore.

Averaging 16 HPPR points in his last four games, Devin “When I Think about You, I Funch Myself” Funchess has been doing well. However, this doesn’t explain his status as THE most-frequently owned WR on ESPN playoff teams. The rest of the top 5 is guys who have been flipping out on the reg: Robbie Anderson, Tyreek Hill, Juju Smith-Schuster, Antonio Brown. People who make this crazy universe make sense. Not Devin Funchess, no, I can’t handle that. He is the reason why I drink. He is the reason why my kid’s are going to run down the stairs, Christmas morning, and see a bunch of carefully wrapped wooden pallets. Curse you, Devin Funchess.

In a league I’m running which emulates the Scott Fish Bowl, I made sure to grab Samaje Perine. I then lost most of my games while Perine worked the sideline and came up with creative new ways to blow his meal ticket. That hurts, but what hurts more is apparently I WAS THE ONLY ONE, as 50.3% of ESPN leagues have a playoff team with Perine on the roster. Great! Apparently while he was scoring zeroes weeks 7 ,8, and 9, there was some alternate reality where he wasn’t tanking people’s fantasy team. Dammit, Perine. You are the reason why I drink. You are the reason my wife decided she was gay. I hate you.

Fine, bitch! I can sort of understand why Zuerlein was on so many playoff teams, as he was on an offense that surprisingly didn’t suck, this year. But the second most-owned-by-playoff-teams-kicker was the guy from Tennessee? The Titans are only the third highest-scoring team in their own garbage division. Somehow this garbage kicker from a garbage offense was the key to the playoffs in almost 50% of ESPN leagues? You are the reason I drink, Ryan Succop. You are the reason I have crabs and pubic lice that don’t get along.

For more angry articles, click these. Or don’t, season’s over, I’m gonna go to the bar:

Week 14 Injury Report, by a Guy Who Broke the Letter “e” on His Keyboard

Thinking of Playing Fantasy Football? Find out If It’s Right for You with This Choose-Your-Own-Adventure